I’m In Over My Head – Karli’s Story

I don’t remember a time when I didn’t know who Jesus was and that He was my friend who lived in my heart. As a little girl, I clearly heard His whispers of love and calling and I said a whole hearted yes. I was confident in who I was. I remember my parents saying of me; “She’s such a leader” (I know that my siblings and cousins just thought I was bossy!) But because I felt so loved and my parents saw me as a confident leader, I did too. I was really involved in church from a young age, looking after the babies in the crèche, helping out in Sunday school and youth and getting baptized there when I was 16. 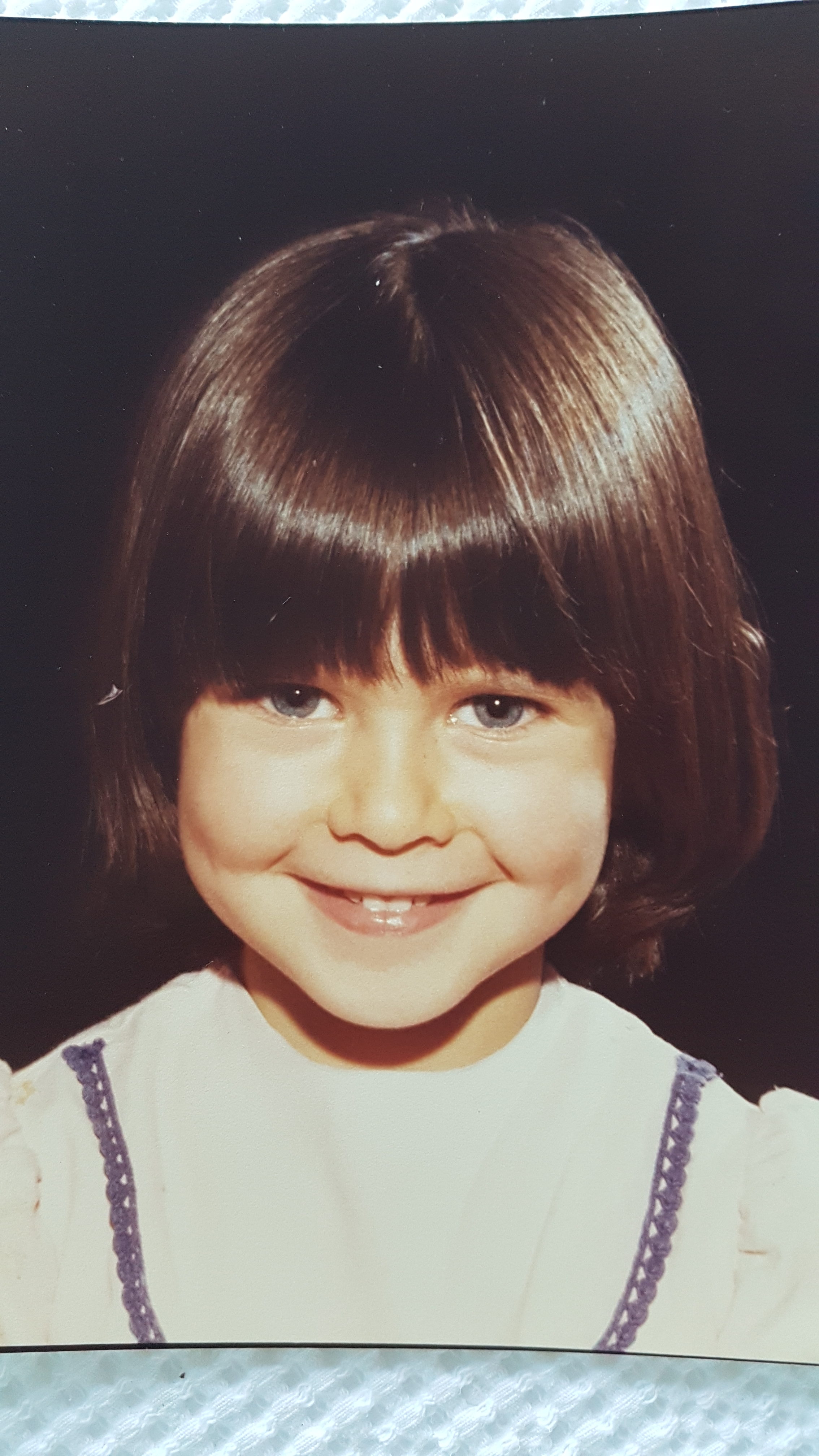 I went to a pretty rough high school. The kind where the girls get in fights and kids often got the ‘royal flush’. You know, where they force your head in to the toilet and flush…. thankfully that never happened to me, but because of this environment, I learned pretty quickly to fly under the radar. No one really knew about my weekend church life & I worked pretty hard to keep it that way. After a few years of this, it became harder and harder to live the double life and I gradually started to become the girl I was pretending to be.

My whole perception of myself changed over this time, and I began to loathe myself. I regretted nearly every decision I made but didn’t have the confidence to do anything different. Because of this self-perception I was neither confident nor wise in my decision-making. By the time I was 23 I was in a very dysfunctional marriage, addicted to drugs, drowning in debt and living 2000 kilometres away from family and my support network.

It’s hard to comprehend the girl I was at that time. I was married to a very controlling and manipulative man who had somehow managed to break me down to a shell of the girl I once was. Physically, I looked very different. I weighed only 45 kilograms with sunken, sad eyes but the biggest difference had taken place on the inside. I had become timid and anxious and I dared not speak without my husband’s approval, let alone make any kind of decision on my own. I worked six, sometimes seven days a week, travelling an hour each way on the bus while he used our car to ‘run errands’. Our spare room was set up as a hydroponic room complete with block out windows so the heat lights didn’t draw suspicion from the neighbours. Every time I heard a siren or a helicopter I was sure I was about to be taken off to jail. I lived in a constant state of anxiety and as soon as I walked in the door from work each day I would drink as much bourbon as I could to dull the reality of my life.

I knew I had made a mess of life and I thought that because I had made so many choices that had got me to this point, that there was no turning back. It was that “you made your bed, now lie in it” mentality and I honestly thought that was how God saw me too.

I never doubted his existence through that season; I just thought he wouldn’t want anything to do with me anymore.

I could no longer comprehend the loving Jesus who had once lived in my heart; all I could see was a God who was disappointed in me for turning my back on him and the life he had laid out for me. But thankfully God had not turned his back on me, he knew that I wasn’t seeing him through the lens of love and he was about to reveal himself to me in a new and surprising way.

One winter’s day, my husband and I were visiting one of his friends, a fellow drug dealer; I sat outside in the sun while the others played video games inside. I remember crying out to God in my heart, telling him how I hated my life and that I was sorry for the path that I’d taken. I admitted that I was totally trapped in this awful life and had no idea how to move forward in a different direction. I don’t remember feeling any different after admitting these things. But what happened a few weeks later I knew, could only be God answering my prayer.

I knew instantly that this was the way out of this life that I felt so trapped in. With a baby coming into the picture I knew that things couldn’t stay the same. There would be no more drugs. The way we spent money had to change and our lifestyle and so-called relationship had to be different. I couldn’t seem to make these changes for myself but for a baby, I had fresh perspective and determination. Within months of falling pregnant my marriage fell apart; ‘You’re not the girl I married’ was his reason for leaving. That was true, I was focused on getting back to being the girl I once was. As traumatic as it was being married to this man it was still a tough season as our marriage disintegrated; but the thought of raising a child on my own was far more appealing to me than the life I’d been living.

Navigating the next few years with my ex-husband was hard. I was young, wounded and broken and I slipped back into feeling like I had to fix myself. Even after experiencing a miracle I couldn’t fully put my heart in God’s hands.

Life improved significantly when I met Glen. Glen adored me and my baby boy. We got married and started a new life together. God had restored so much but I still felt empty on the inside. It was during my pregnancy with my third son that I felt God’s gentle but persistent tap on my shoulder; ‘Look at Me’ he said. ‘Come this way’ he beckoned.

I started craving God. I wasn’t part of a church; I had no Christian friends, and I didn’t even know where my Bible was. None of this had ever bothered me before but all of a sudden it all felt wrong. I eventually found my old Bible and began soaking it all in. I started attending a local church irregularly but the words of my ex-husband still haunted me, “you’re not the girl I married.” What if Glen said the same thing and left me? At that time Glen had no interest in bringing God into his life. Shouldn’t I wait until he was ready too and we could go on this journey together? But God was so kind, and to my spirit he whispered very clearly “Just focus on Me and let Me work on Glen’s relationship with Me.” So, I did. I threw myself into getting to know God again. I was committed to letting God show Himself to me without letting my previous perceptions get in the way.

These words from the Bethel song, ‘Over My Head’ have been the cry of my heart through this whole journey.

God’s goodness and faithfulness as he’s revealed Himself in unexpected and surprising ways since, has taken my breath away. What stands out the most when I look back over the last 20 years is the way God has reshaped my perception of him. He has gently yet powerfully revealed Himself as my healer, provider, peace, strength and restorer. I thought that it was all about what I should be doing for God and how much I could love him, He’s showing me that it’s more about how much I can let Him love me! 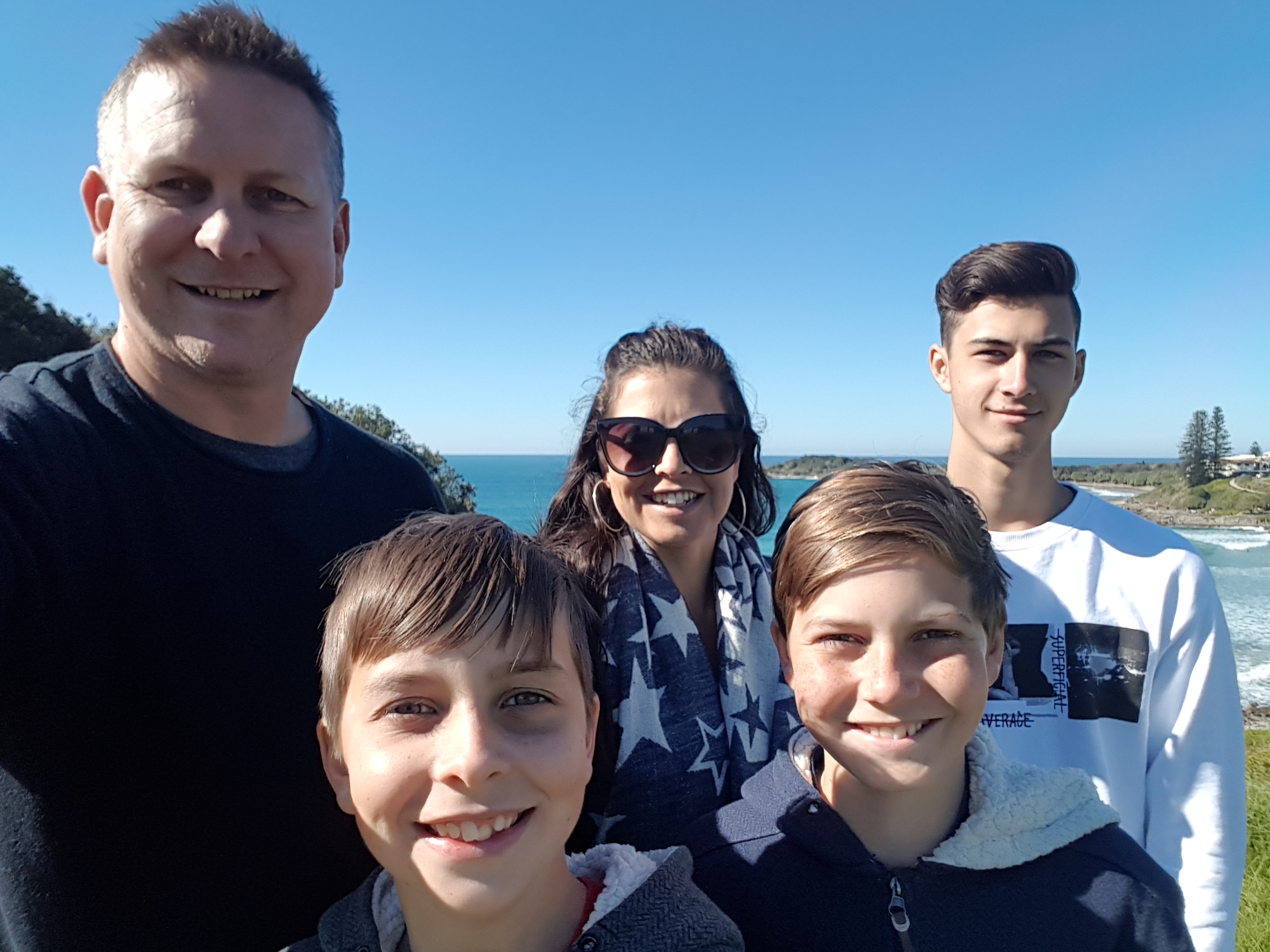 As I write this, our boys are 17, 13 and 11 and Glen now has his own deep and personal relationship with Jesus. How good and faithful is God?! If you met me now, I think you’d find it hard to believe the girl I described earlier. My confidence is back but with a layer of wisdom and trust that may not be there if things had turned out differently. Although it was hard and I wouldn’t choose to do things the same way if I had my time again, I am thankful for my experiences. I’m thankful for the way that they’ve enabled me to be able to see life from a different perspective, the way that God has transformed me to this point is actually phenomenal, and it’s kind of exciting to think that he’s not finished with me yet!