Next PostLu’s Story – Me and My Big Mouth

I said the ‘sinner’s’ prayer alone in my room after a Harvest Crusade when I was 13 years old.

I had always known there was a God, the way most children instinctively know, but I didn’t know about salvation or Jesus or any of those things or even what those words were. I wondered and worried about eternity often as a young child, which was a little odd as church and the Bible were not a part of my life. When I was in my early adolescence my Nana came to know Christ. She began praying for her kids and grandkids and would take my brother and I to church as often as we would allow her to.

I’ll be honest I hated it.

As a card-carrying introvert I hated anything that placed me in a new social environment. I’ll never forget the day that the Sunday school teacher called on me to read a verse out of the Bible. I had no idea what a verse was, let alone how to look up John 3:16 (this was probably not the verse but we’ll use it here for reference sake). I froze right there in my chair. I was the kid who never raised her hand in class, even if I had the correct answer. I would never dare to draw any attention to myself for fear that I would somehow be wrong and everybody would point and laugh. I sunk into my seat and frantically flipped through the pages of the Bible at my desk. I had no idea what the book was or what the three and 16 meant. Was that page three, word 16? I honestly have no idea what happened after that, I just blocked out the whole excruciating experience. All I know is after that I refused to go to class and instead, would reluctantly sit in service with my Nana.

My Nana ended up taking my brother and I to the Harvest Crusade when I was 13 years old. Harvest Crusade is a large outreach, evangelism event, put on by pastor Greg Laurie. I remember sitting in the stadium seats and eating the sandwiches she had packed and learning about heaven and hell. These were concepts that I had contemplated long before this day it seemed that they were intuitively in my heart and mind, issues that my young spirit struggled with. I went home that day scared to death of spending eternity anywhere, but especially in hell. Later that evening, while laying on my bed, I quietly whispered what we call the sinners prayer and did what I thought was accepting Jesus into my heart. In that moment all I really wanted was to not go to hell.

I wanted what some Christians call Fire Insurance.

This was the beginning of my search for God. Without any outside encouragement I started to read the Bible. This was hard because I had no idea what I was reading. I would talk to God all of the time, and I would write, what I now know are prayers. I was fumbling through trying to have a relationship with the Lord, although I don’t think I knew that at the time. At the time I was a little girl searching for answers and searching for comfort from a God that I had only caught glimpses of.

As time went on my brother and parents came to know the Lord and our family started to go to church on a consistent basis. I was a teenager and quietly rebellious and although I would have never dared to defy my parents, every Sunday and Wednesday night service I yelled ‘NO’ a thousand times over in my heart. There was a battle going on inside of me that I didn’t understand. All I knew is that I wanted nothing to do with church or the people in it.

The next few years I would do whatever I could to get out of going to church. Yet, every Sunday morning my parents would pick me up from my friends house and take me to church. I would sit down during worship and tears would roll down my cheeks, not quite understanding why. I would ask for forgiveness from a God that seemed so close, yet still felt distant. When I was 16 I was made to go to the Winter Youth Retreat. I did not want to go but I was given no choice. I asked a friend to come with me so I wouldn’t be alone and we planned to sit in the back and ignore everybody else. It was a small youth group and we drove up in the leader’s cars, to a small cabin in the mountains. 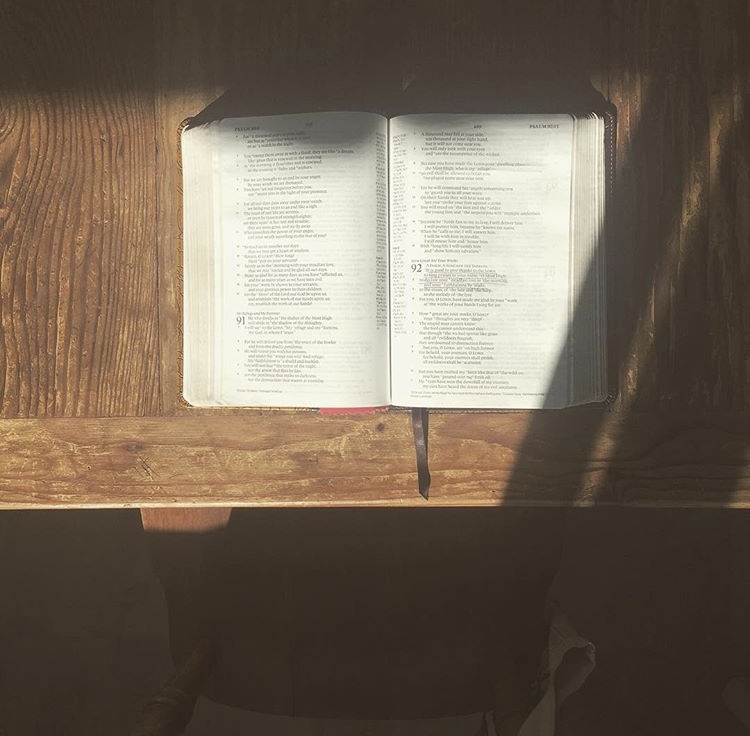 We were a little family that weekend. We all ate together and played games together. We went into town together and read the Bible together. The weekend didn’t go as I had planned. I actually didn’t hate it and I realized that these kids were just kids. Nothing special, nothing better than me, they were just teenagers like me. I don’t remember one thing that was taught that weekend. I don’t remember what songs were played or what scripture was read. What I do remember was that there was a love that everybody had for each other that I had not experienced before. I felt safe and known and accepted. I felt, what I know now was the Holy Spirit. It was the same feeling I had when I spent the night at my Nana’s house. It was a peace and comfort that I didn’t understand at the time. I was seeing Christ through everybody’s love for each other. I watched as they put each other before themselves and served each other.

I watched the gospel being lived out before my eyes, even if I didn’t quite understand it at that time. I was watching the church be the church.

Like all good things, the weekend came to an end. As I took my seat in the back of the van, squished against the window with a row of teens next to me I heard a still and quiet voice challenge me. I knew that I had a choice. I could either return to my old life, my old friends and my old struggles or I could give that up and walk into my future with God. There was no question in my mind. I was going home forever changed. In that moment, squished up against a window, in the back of a van, I decided to follow Christ. That was the moment of salvation for me. That was the moment I realized that I didn’t just want to be saved from hell, I wanted to live for Jesus. 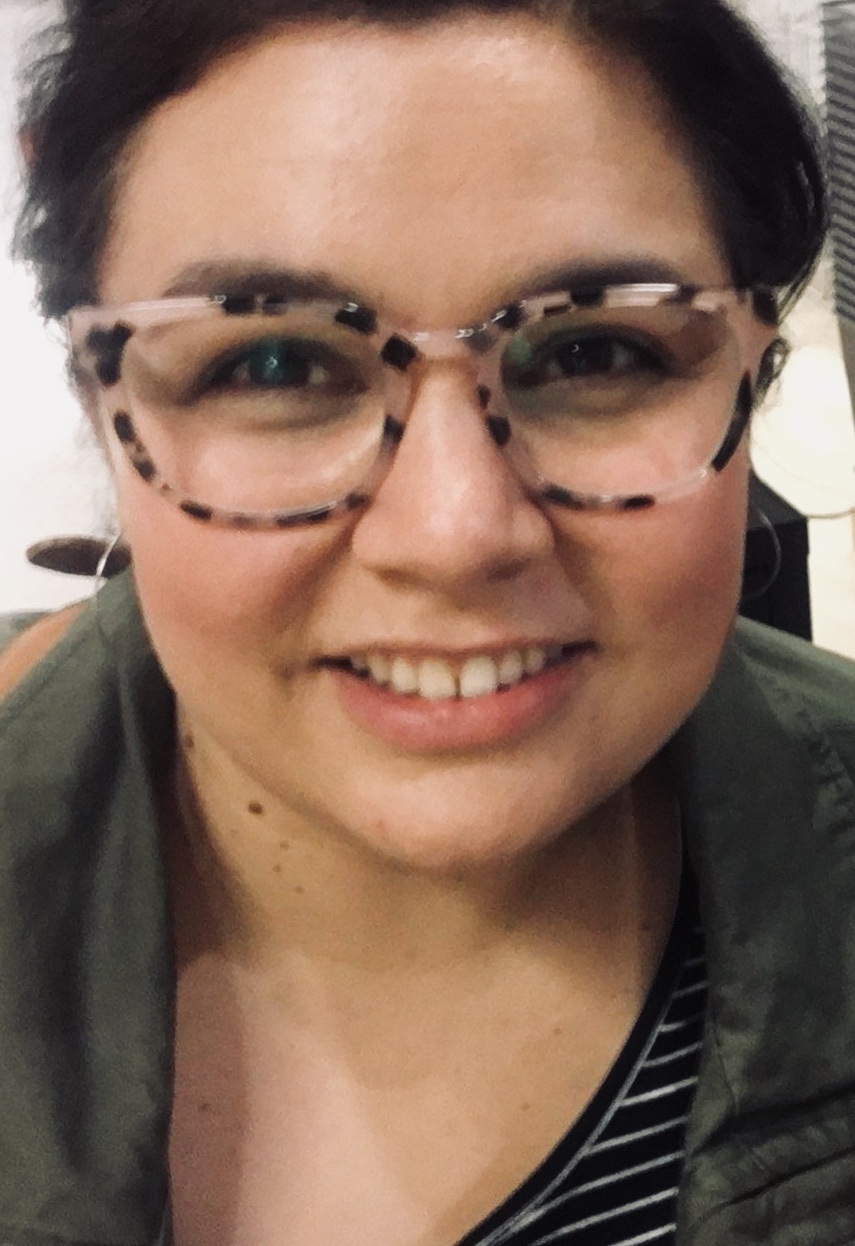 I still had a million issues to work through but now I had hope and peace. I realized that not only does God love me but he knows me so well. He had me searching before I knew what I was searching for. He knew the moment of my salvation wouldn’t come with bells and whistles but that it would happen quietly. It was just me and Him having a quiet, inward conversation. He knows that I’m a slow processor and that it would take three years of pursuing me before I would finally understand what He was asking of me and be ready to surrender it all. Twenty years later He still speaks to me in the same quiet way and reminds me that I am his child; known, loved and accepted.

Previous PostI’m In Over My Head – Karli’s Story