Next PostChrissy’s Story – Falling Up Stairs

The Motherheart of God – Becca’s Story

In 2004 I was 22 years old. A fresh college graduate I spent my days working as a waitress in a diner and my nights as a cook in a tiny Italian restaurant.  I needed these months desperately; to discover the sacredness of food and service, to work hard alongside people so different than myself, to exhale from four years of study, and hopefully let a bit of what I’d read and learned make some sense within my life. I had studied theology and ministry at a small liberal arts college and had been given very little permission to describe God outside of the pronoun ‘He’.

I could deeply love the Bible and be committed to all the truth it brings but as I read it, I sensed that there were revelations of God’s character that were lost because it was the patriarchs that wrote the text, not the matriarchs.

Then I read Birdsong.

What if our Torah was the five books of Zipporah–a birdsong instead of a patriarch’s tale? What emphasizes would have shifted, how would God’s hand have been named? Would his arm still be the sword-bearing muscle slashing out new nations? Or would it be the blood-bathed skin of a midwife drawing forth new life? What of the ways my mothers told tales of Yahweh’s work to each other as they sat in the red tent braiding hair, nursing the young? What name did they whisper of Elohim, of Jehovah? Did they name him God-of-the-angel-armies? Or did some other nomenclature roll off their tongues? How did they describe the events of my past? Why is it lost, so lost, those songs, those stories? And after so much time can I ever see God they way they saw that divine being – newborn and salted, still being named, still being described, before only men spoke, only men wrote, only men named from the things they knew and the phrases they held so commonly on their mouths. Will I ever be able to peel back the layers, not of lies, but of the one-way-truth so that I might see the whole of the divine? Can that ever be done now, so long passing?”

These words marked me.  I was given permission to question how God had been named, to lay out the canvas and let God be named again and again – through the stories and hands of women.  We had been encountering and naming the Holy One for thousands of years, whether we realised it or not.  Would I tune my ear to the song?

There was no Pinterest or Facebook for sharing so I printed the words and kept them in my folder full of special, beautiful things.  Over the next few years I spent time in West and Southern Africa, India, the Middle East – I drank tea on dirt floors, felt the promise in pregnant bellies, sweated under the same sun with women so very different from myself.  Occasionally I’d unfold that paper and read aloud this Birdsong to a friend.  In sharing this woman’s writing, even though I knew nothing about her, I felt as if I was sharing something of myself.

What if I really could re-imagine the names of God?

What if God wanted to be revealed in the rites of passage that are witnessed and whispered almost exclusively among women?  Is there a revelation of the Divine in my menstrual cycle, my labour pain or how I can physically become sick when my infant is away from my breast for too long?

I wonder what Shiprah and Puah, the Hebrew midwives in the first chapter of Exodus, knew of God. Where did their courage in the face of systematic oppression and ruthless murder come from?  What did they imagine when they heard the name Yahweh?  Who did they see?  As they welcomed the new life they’d been given strict orders to destroy, did they know they would re-write history?

I’ve been extremely fortunate to have highly skilled midwives attend all three of my births.  My life and the lives of my children depended on their watchfulness, decision-making and care.  They were not in control of my birthing processes but were able to use their resourcefulness, intelligence and compassion to empower me to do what only I could do.  Their presence gave me confidence and courage, their quiet voices comforted me deeply.  My firstborn son was very literally rescued from death by my midwife’s actions.  Another midwife was present through one of the longest and most painful nights of my life as I laboured with my daughter; when she was born my midwife laid her on my chest, sharing deeply in my joy and my relief.  In my third (and most peaceful) birth four years ago, it wasn’t until I saw pictures that I realised how closely involved my midwife was throughout the process, how much I needed her quiet hands in my most vulnerable moments. 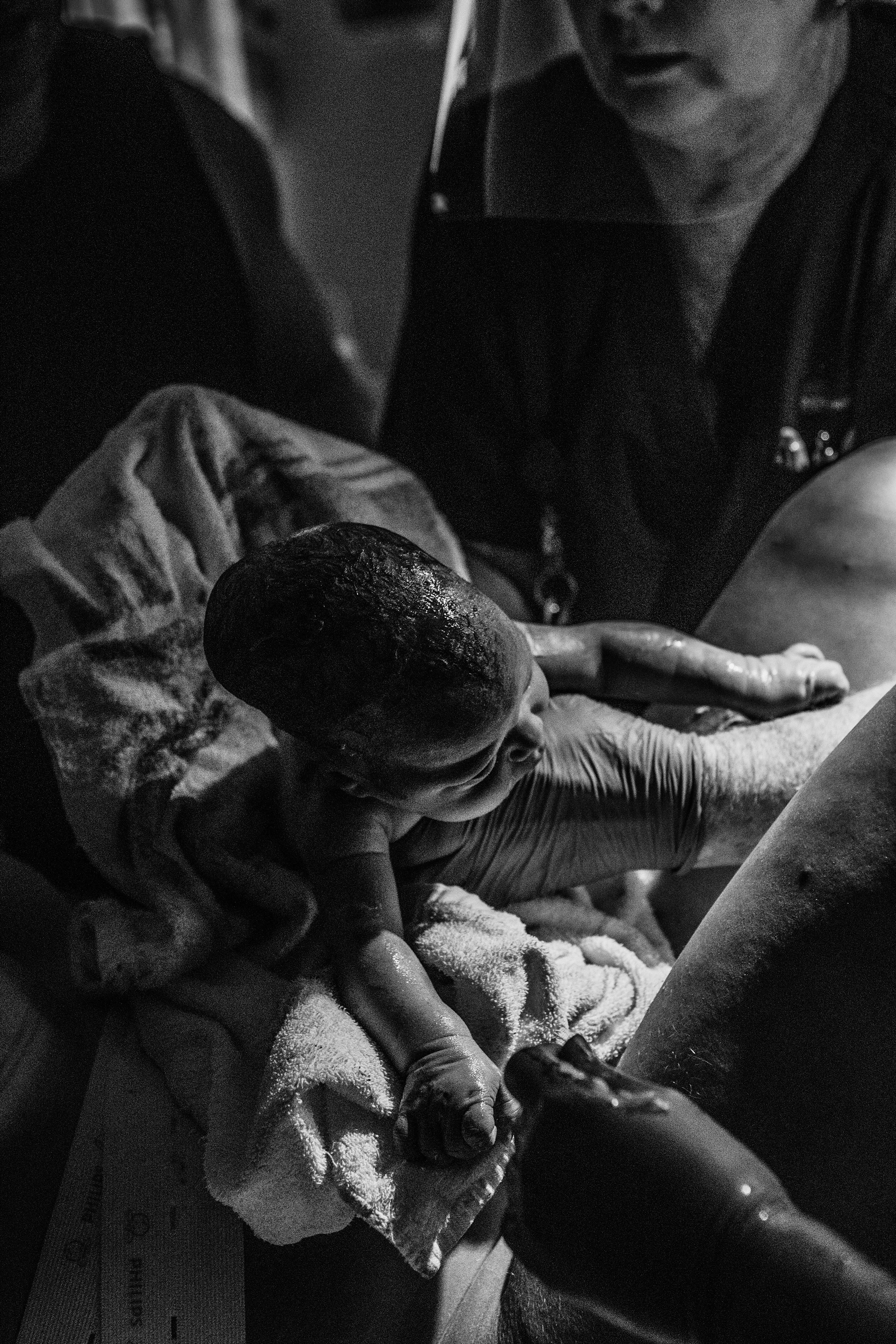 If our mothers had named the Holy One, would God have firstly been midwife, continually welcoming new life in even the most excruciating circumstances?

I have never found God absent in my darkest nights, even when the pain has threatened to swallow me, even when I’ve wished that I would die because the future felt too chaotic.  When my heart was utterly broken, when my body was tangled unconscious, when I bled out my first baby and was separated from my firstborn after birth, even when I’ve been in the middle of a painful conflict with a trusted friend.  God has always stayed close, putting pressure on my lower back, whispering truth to my inconsolable heart, hands covered in my blood, tears falling with my own.  She hasn’t been in control of or responsible for my pain but always present, always welcoming the most possible good, the healing, the new.

For thus says the Lord, “Behold, I extend peace to her like a river,
And the glory of the nations like an overflowing stream;
And you will be nursed, you will be carried on the hip and fondled on the knees.
13 “As one whom his mother comforts, so I will comfort you;
And you will be comforted in Jerusalem.”
14 Then you will see this, and your heart will be glad,
And your bones will flourish like the new grass;
And the hand of the Lord will be made known to His servants,

A version of this story first appeared at www.adrielbooker.com

To connect with Becca www.exilefertility.com