My story is one of redemption, bravery and the relentless love of Jesus.

I grew up in a loving Christian home, the youngest of six children in a blended family. I made the decision to become a Christian when I was in my early teens and, as a home-schooled teenager, most of my social life revolved around my family and church community. Shortly after graduating from high school, I enrolled in the California Nannie College, based in Sacramento. I was only 16 years old and, for the first time in my life, I was living independently. There was a big, wild, beautiful world in front of me and I began to spread my wings.

I struggled to find a church that was the right fit for me and, after graduating as a Nannie, I began looking for a job. During that time of transition, I found myself living with a family member who happened to be gay. It was through this relationship that I was introduced to her circle of friends; a community of people who were fun, kind and inclusive. I began spending a lot of time with this group and really enjoyed the sense of belonging that I found there. Life was fun and church and my faith didn’t seem that important.

One weekend, I was invited to go away on a camping trip with my new group of friends. I had struck up a friendship with one girl in particular. I had never been romantically attracted to girls as a young person but I was very attracted to her. Over the course of that weekend, our friendship intensified and we ended up kissing.

That was the beginning of a same sex relationship that was exhilarating, exciting and intense.

I knew my parents would be mortified if they found out and, for the next two years, I was able to hide this relationship from them. When they did discover my ‘secret life’ they were so disappointed and heartbroken that they cut all ties with me. They did not know how to deal with what I had done and their confusion and rejection pushed me deeper into the perceived security of my same sex relationship. Over the next few years, my relationship with my girlfriend became even more committed. We had a civil union ceremony and bought a house together. For all intents and purposes, we lived as a married couple. Although our relationship was an emotional rollercoaster at times, I thought that we would be together for the rest of my life.

Almost five years into this relationship, I received a phone call from one of my siblings to inform me that my 40-year-old aunt had passed away very unexpectedly. My sister pleaded with me to come to the funeral. I was very fearful of seeing my parents after such a long time but eventually relented. My aunt’s funeral was unlike any other funeral I had ever been to. At the end of the service, there was an altar call for salvation! I was totally unprepared for that but the message of God’s love and forgiveness captivated me.

I surrendered my life back to Jesus at my aunt’s funeral.

I returned home, packed up my clothes and a few belongings and informed my partner that our relationship was over. I told her that she could keep the house and then I left that evening. My girlfriend was devastated but I knew that, if I was serious about living for God, this relationship had to end. As hard as it was, I knew that I had to make a clean break. In my heart, I wanted to make good choices and start my life over again. The next thing I did was contact my parents and ask for their forgiveness for all the pain that I had caused them. I am so grateful that our relationship is now fully restored and healed.

I had taken the first steps towards restoration but real maturity was going to take some time. I was now an adult, single Christian woman with no real experience in how to navigate healthy, Godly, romantic relationships. Within a short time, I developed a friendship with a wonderful Christian man. He treated me so well and our relationship was sweet and pure. When he asked me to marry him I said yes but, very soon after that, I started to feel anxious and was plagued with doubts. I called off the engagement because I felt like I still needed to experience life as a single, straight woman. I wanted to see what else the world had to offer me. (As if I hadn’t learned that lesson already!)

After I broke off the engagement, I began dating another man. He was not a Christian and, a few weeks later during a weekend away, we slept together. We used a condom but, somehow, I ended up pregnant.

So, at 25 years of age I am an ex – lesbian, pregnant, single woman filled with despair, overwhelmed by the weight of my broken life and wondering how I will ever truly find my way home again.

Through a series of total miraculous circumstances, I reconnected with my former fiancé, Justin. Despite the fact that I was pregnant with another man’s child, he was open to a relationship with me. Over the next few months we dove deep in to honesty, forgiveness, grace and hope. 10 weeks after my son was born, Justin and I were married. His commitment to me was, and still is, breath-taking. Through his patience and God’s grace, we have now been happily married for more than 18 years and enjoy a truly fulfilling relationship in every sense of the word. 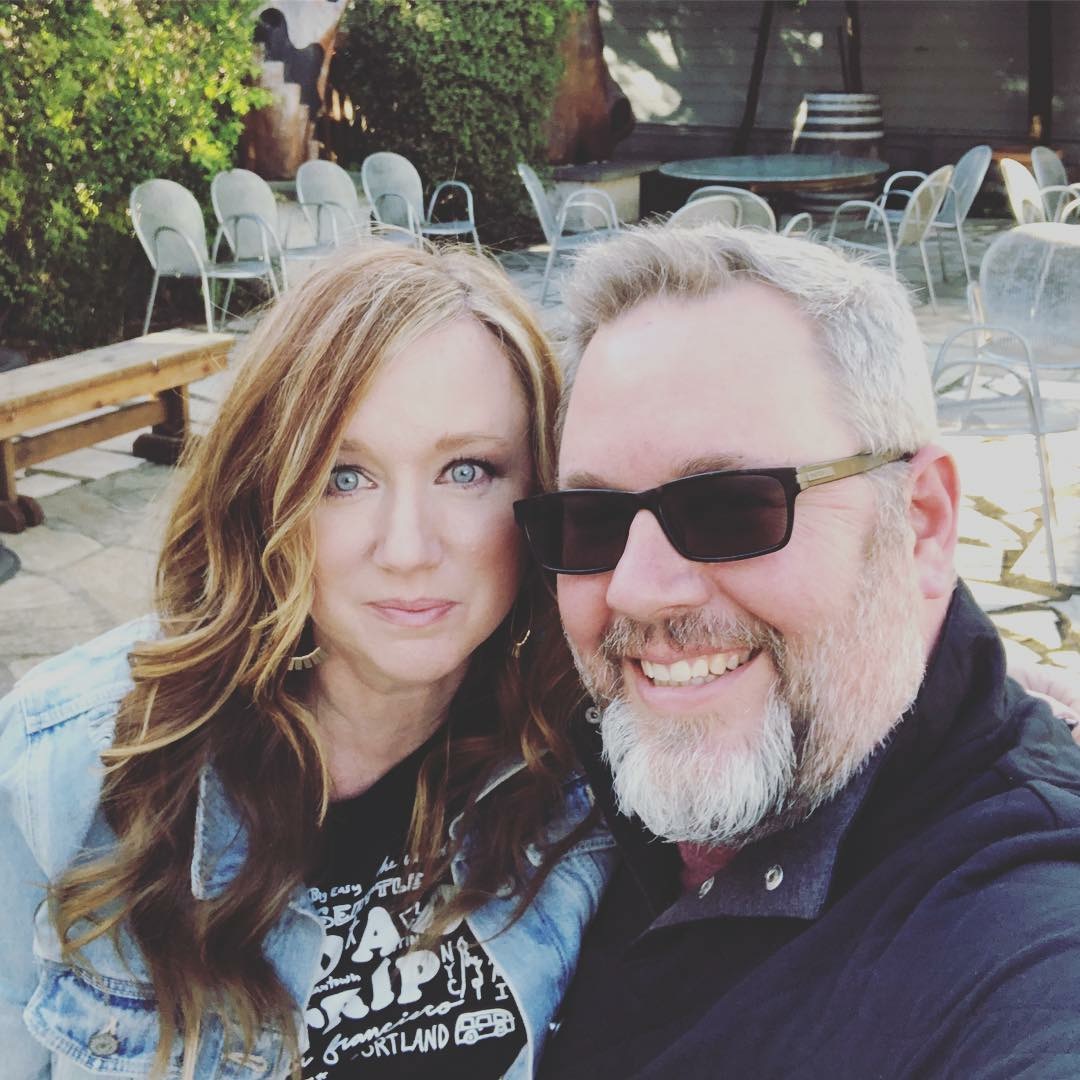 Two years into our marriage, Justin felt a strong sense that God was calling him, and us, into full-time ministry. I was open to whatever God wanted us to do but had serious doubts that any church would want to hire someone whose wife was an ex lesbian. Yet they did. We have now been in full time ministry for more than 15 years. We are the proud parents of four children and our family is a living testimony to the power of God’s grace to heal, restore and redeem.

I know first-hand the power of this verse;

‘But he said to me, “My grace is sufficient for YOU,

for my power is made perfect in weakness.”

Therefore, I will boast all the more gladly about my weaknesses,

so that Christ’s power may rest on me.’

Shame thrives in the hidden places and keeps us living in fear. Although it has not been easy, having the courage to share my story has brought me a level of freedom and healing that I didn’t know was possible. Every time I have shared my story and acknowledged the grace of God at work in my life I have seen others encouraged to do the same.

I am particularly drawn to those in the homosexual community. I don’t think that the church at large has done a good job of modelling the unconditional love and grace of Jesus to this community. My prayer is that, as I share my story with grace and mercy, that others will encounter the love of Jesus, just like I did.

‘Vulnerability is not weakness, it’s our greatest measure of courage.’ 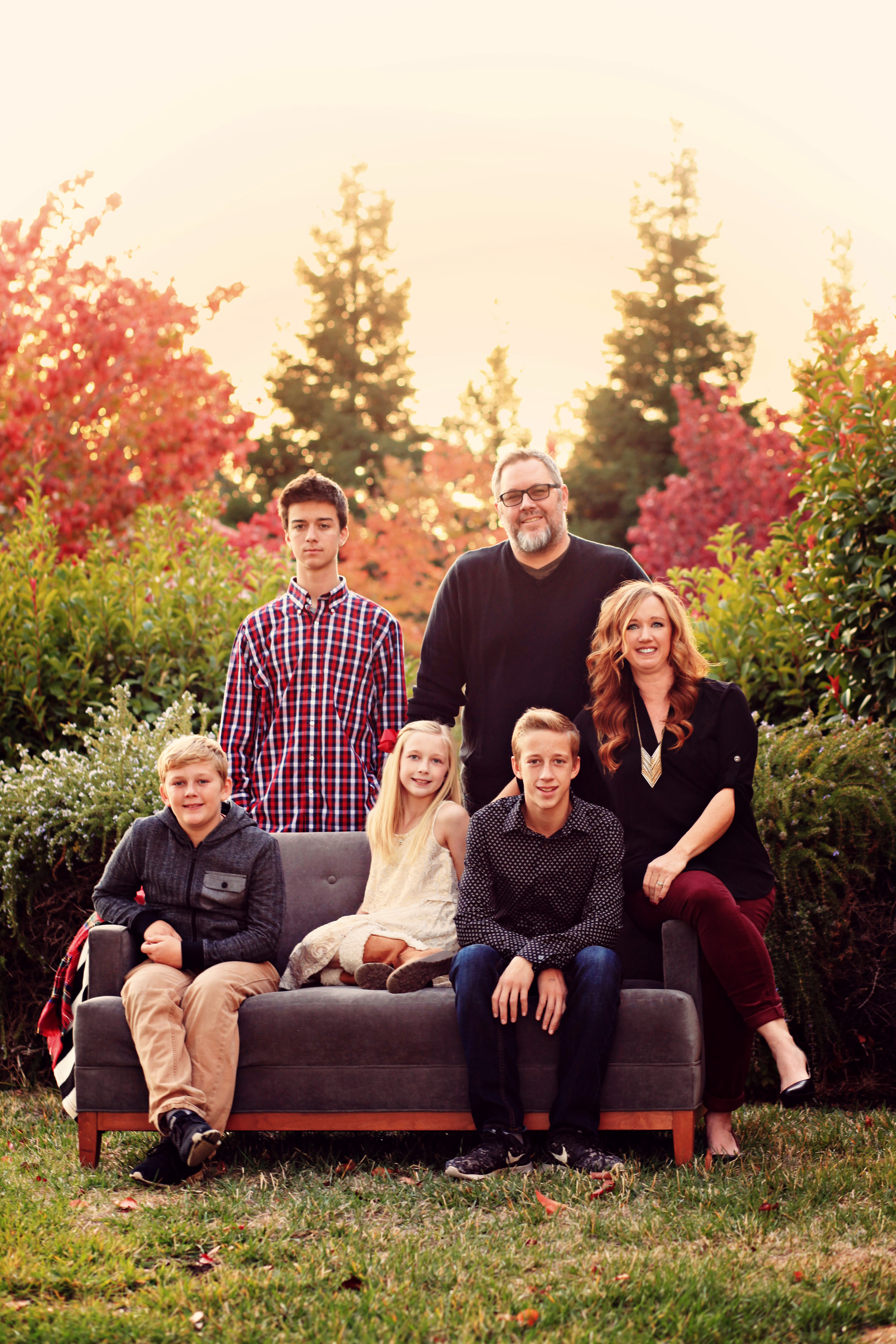