Next PostHe is Faithful – Laurie’s Story

My story begins in 1939, on the gently rolling plains of Minnesota, USA. My parents, were both children of European immigrants, my mother was German and my father, Swedish. My father was a farmer and my four older siblings and I learned from an early age how to be useful around the farm; collecting eggs, feeding pigs, milking cows, helping out in the corn field. I was a shy child, reluctant to speak to strangers or be away from my mother. I was happy to stay at home and reluctant to leave the safety and familiarity of our family farm.

Every Sunday our family went to church at the East Chain Lutheran Church. I recall on one occasion, our Sunday School teacher asking the class who would like to be a missionary when they grew up. No one raised their hand. After a period of awkward silence, I decided that I should put my hand up to ease her embarrassment. I was six years old and had no real idea of what being a missionary even meant, but a seed was planted. I took my confirmation when I was 11 years old. I was allowed to participate in confirmation classes two years early, as my parents wanted to send me with my older brother to save on the cost of travel to and from the church. I wanted to be sure that I was going to heaven. I had a limited understanding of the love and grace of God but a genuine fear of finding myself on the wrong side of His judgement. 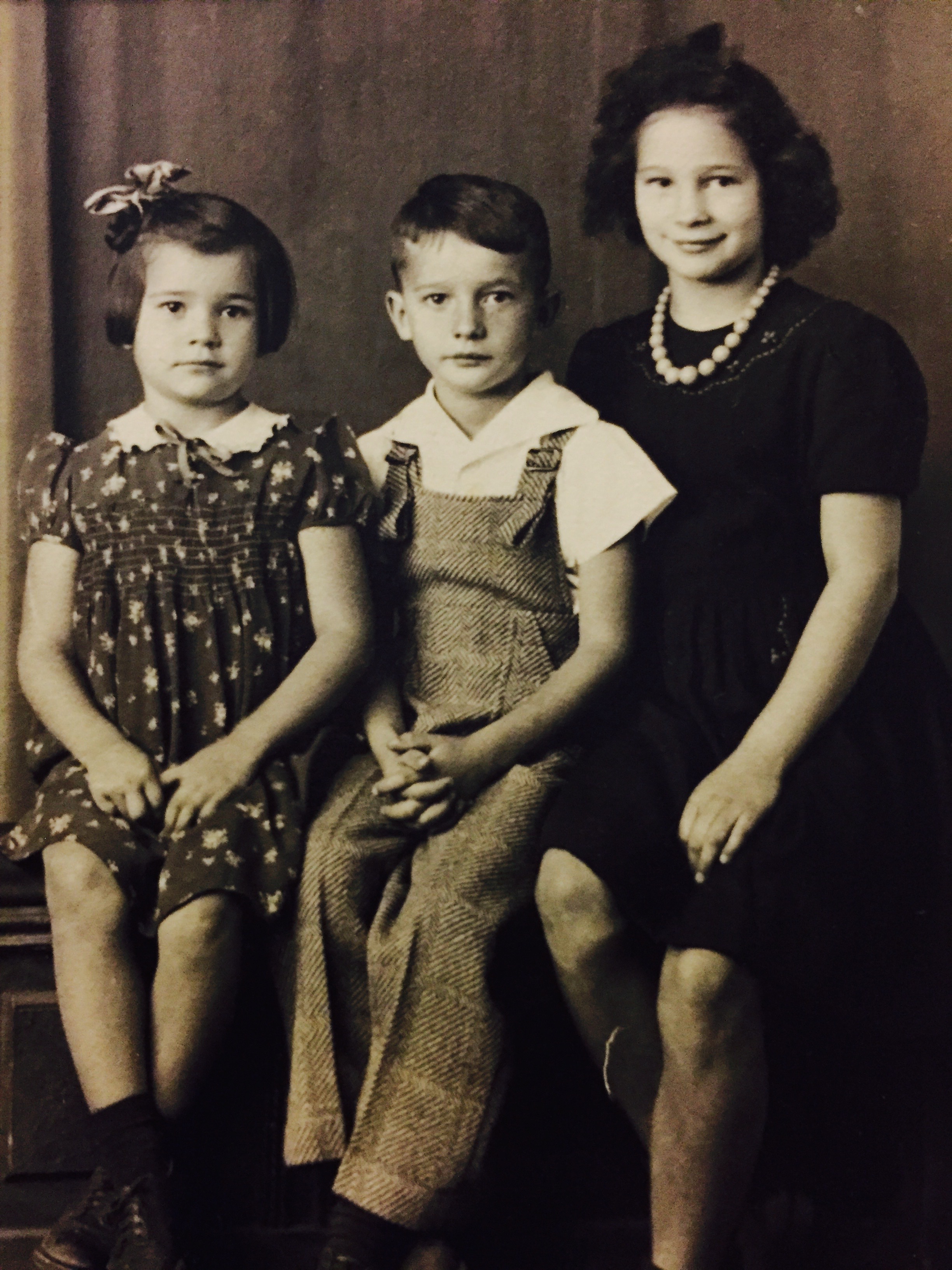 Neither of my parents had more than a third grade education, so they encouraged me to take full advantage of the educational opportunities that had not been available to them. After I graduated from Granada High School, I moved to Minneapolis to attend the Swedish Hospital School of Nursing. I wanted a job with a uniform but didn’t want to join the army or the police force, so I chose nursing. During my first year of training my class was invited to attend a weekend conference in Wisconsin to hear two missionary nurses speak about their work in Africa. I was captivated by their presentations. At the end of their session they asked if anyone would like to know Jesus. They instructed those of us who wanted to ask Jesus in our hearts to go outside, find a private place and pray to invite him into our lives. I did just that under a tree in the garden. As I prayed, I felt a sense of peace that was immediate and overwhelming. I had found what I was searching for, an assurance that when I died I would be with God in heaven.

Whilst I was studying at the Swedish Hospital, my mother was diagnosed with breast cancer. Her mastectomy was performed at the same hospital. This allowed me to be close to her during her treatment. Our family rented a hospital bed so that she could be cared for at home. Every weekend I travelled home to be with her. Sadly, she passed away shortly after I graduated from my nursing training. I was devastated.

After my mother died, I moved to Seattle, Washington to attend the Lutheran Bible Institute. I had a wonderful group of friends and enjoyed being a part of my local church. In 1962, I heard a missionary speaker share about the need for nurses and teachers in Nepal. I felt called to respond to this need and enrolled to study a Bachelor of Science in Nursing. It was three-year course. I relished the opportunity to increase my knowledge and skills and really enjoyed the study and the practice of community nursing. I also completed studies in midwifery. Little by little, I was building a foundation of skills and experience that would find their perfect fit in a place that was a long way from the bustling city of Seattle.

By 1968, I was on my way to the nation of Nepal. This mountainous, landlocked country had been closed to the outside world until the early 1950’s. As one of the poorest and least developed nations in the world, there was a great need for the medical and educational services that the United Mission provided. As I boarded the ship that would take me to Hong Kong, to then board a flight to Kathmandu, I was filled with a sense of excitement and anticipation. I was leaving behind all that was familiar and safe but I was no longer the shy and withdrawn farm girl of my childhood; I was a missionary and I could not wait to see what God had in store for me.

I arrived in Kathmandu with three steel drums filled with everything that I thought I would need for the next three to five years. I had learned a few basic Nepali phrases on the three-week ship journey to Hong Kong but, upon arrival, I commenced three months of intense language classes. I purchased a bicycle to get around and quickly settled in to life in Kathmandu. I lived in a compound at Tansen Hospital with other medical professionals from around the world who were also part of the United Mission. I primarily worked in a community health role and loved everything about my new life. I worked with an amazing team of people and the Nepalese people captured my heart. The work was not always easy but growing up on a farm had given me a very pragmatic approach to life.

One of the highlights of my time in Nepal was working alongside a remarkable woman named Gwen Coventry. Gwen was an Australian nurse who was instrumental in the establishment of Tansen Hospital. During her more than 20 years in Nepal she pioneered a number of remarkable initiatives including a ground-breaking public health and rural development project in the Magar village of Bojha. I had the privilege of working with Gwen in Bojha for two and a half years.

In a community as remote and undeveloped as this one (it was a three day walk from Tansen), our ‘community health’ project covered everything from mass vaccinations, construction projects, to literacy classes to midwifery and everything in between. I loved working with Gwen and seeing the reality of God’s supernatural provision and protection at work in the life of this community.

During my time working at Tansen hospital, I met a tall, handsome Australian missionary named George Carfield. George was working as an electrician and agriculturalist. At 29 years of age I had already resigned myself to life as a single woman but it seemed George Carfield had other ideas. We began spending more and more time together and after a few months he proposed. I knew that if we were to marry, that I would eventually have to move to Australia with him. I was not sure that I was ready for that so I politely declined his proposal. George took this news in his stride and a few months later he asked me again. This time I said yes. George and I were married on 7 November 1971 on a hill above Tansen Hospital. 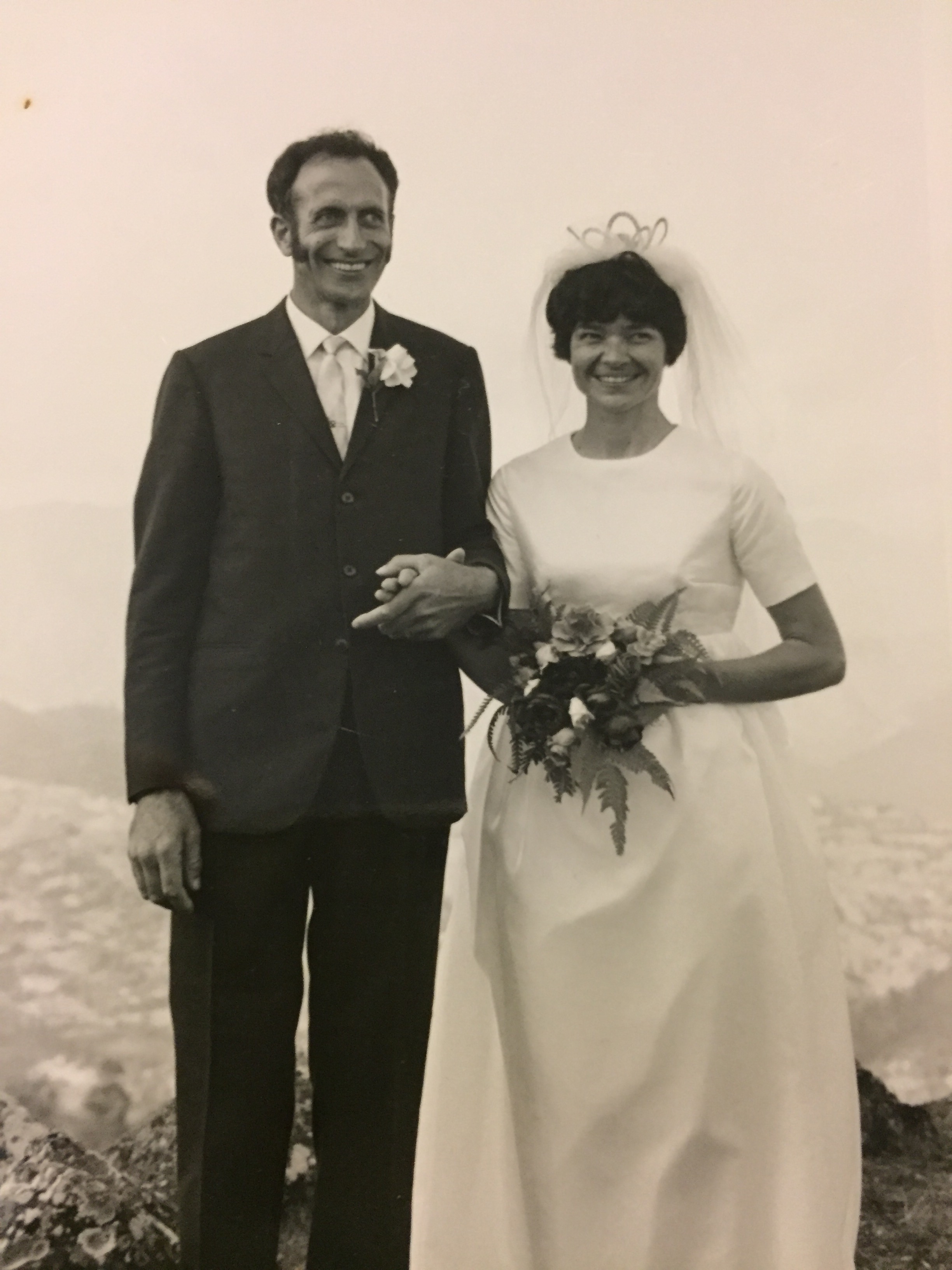 We continued to work in Nepal and, by 1975, we had two children; a daughter Joanne and a son, Andrew. I delighted in motherhood but our marriage was floundering. George and I shared a love for God and the people of Nepal but other than that we had little in common. We struggled to communicate effectively and the added stress of missionary life meant that our home life was very difficult. The leadership of the mission recommended that George and I return to Australia to work on our marriage. I respected their decision but was very sad to leave Nepal.

Our family returned to live in Australia permanently in 1977 and George started working in the landscape department at The University of Wollongong. Joanne was four and Andrew was two years old. Two years after our return from Nepal, I began working as a registered nurse in an Anglican nursing home, followed by a time with the Blue Nursing Service in Port Kembla. The final years of my working life were spent in a community health role in a very diverse, multicultural community around Lake Illawarra. I relished the opportunity to occasionally connect with Nepalese families who had immigrated to Australia. This gave me the opportunity to speak Nepali and remember the culture of the nation that I loved.

My time in Nepal had also introduced me to the gift of the Holy Spirit. It was during my time at Tansen Hospital that a fellow nurse prayed for me that I would experience the language of the Spirit. I had previously heard that ‘Pentecostals’ were weird, holy rollers. When I received the gift of the Holy Spirit and began speaking in tongues, my heart was filled with the love of God in such a profound way that it forever changed my relationship with Him and others.

George and I did not share the same understanding of this experience of God and sadly, as the years passed, the distance between us grew. We attended different churches and, although we lived under the same roof, we came to lead quite separate lives. It was our shared love for Nepal that had brought us together and my happiest memories of our marriage revolve around our time there in the 1970’s and a subsequent trip in 1997.  Although our marriage was not always a happy one, I am forever grateful for the gift of our two children. Nothing brings me more joy than spending time with them. 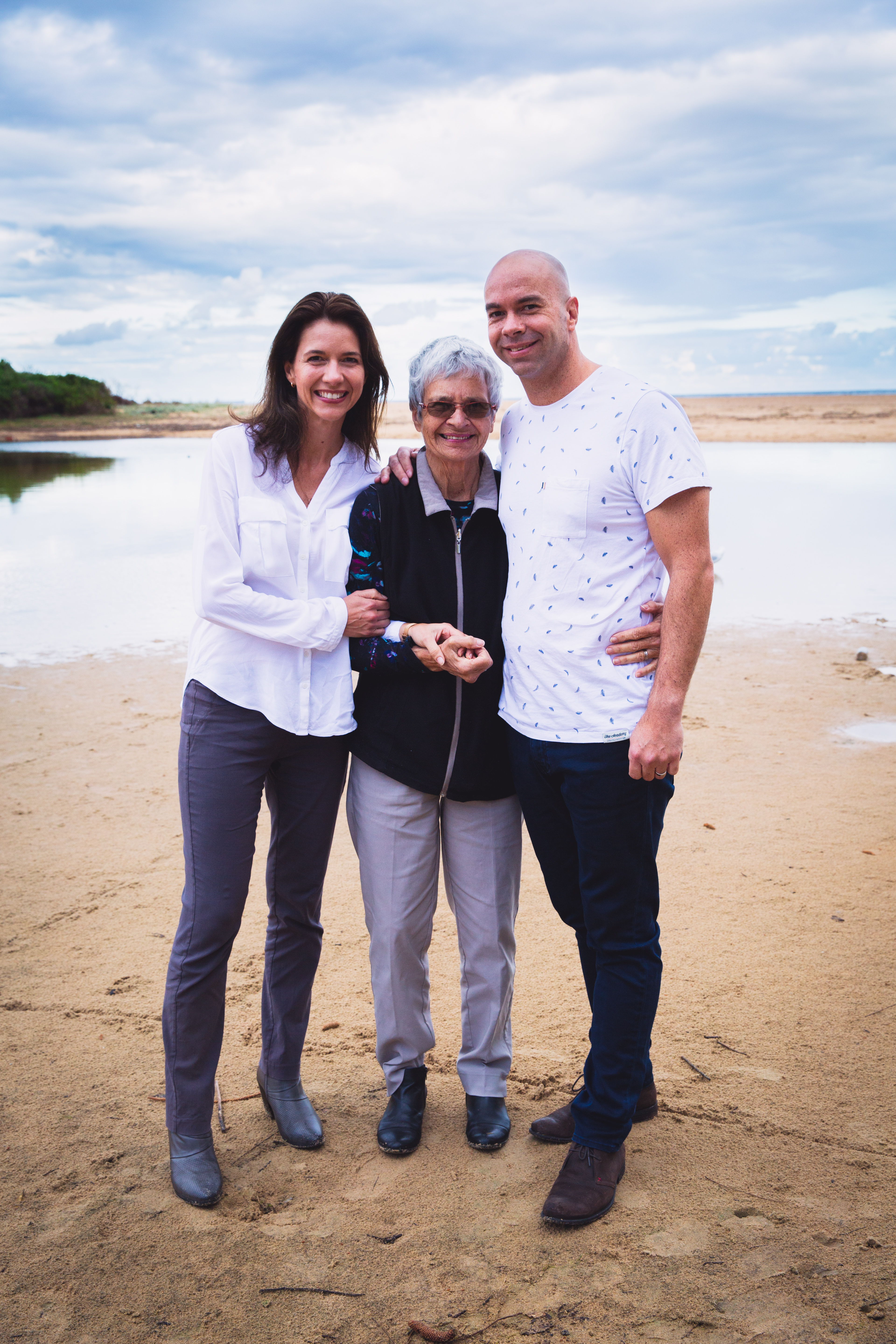 In 2014, George was diagnosed with mesothelioma, caused by asbestos exposure more than forty years earlier. He passed away in 2015. That same year I was diagnosed with breast cancer. I was treated with surgery, radiotherapy and chemotherapy and, supported by the faithful prayers, love and encouragement of my family and church community, I am now walking in health and wholeness. 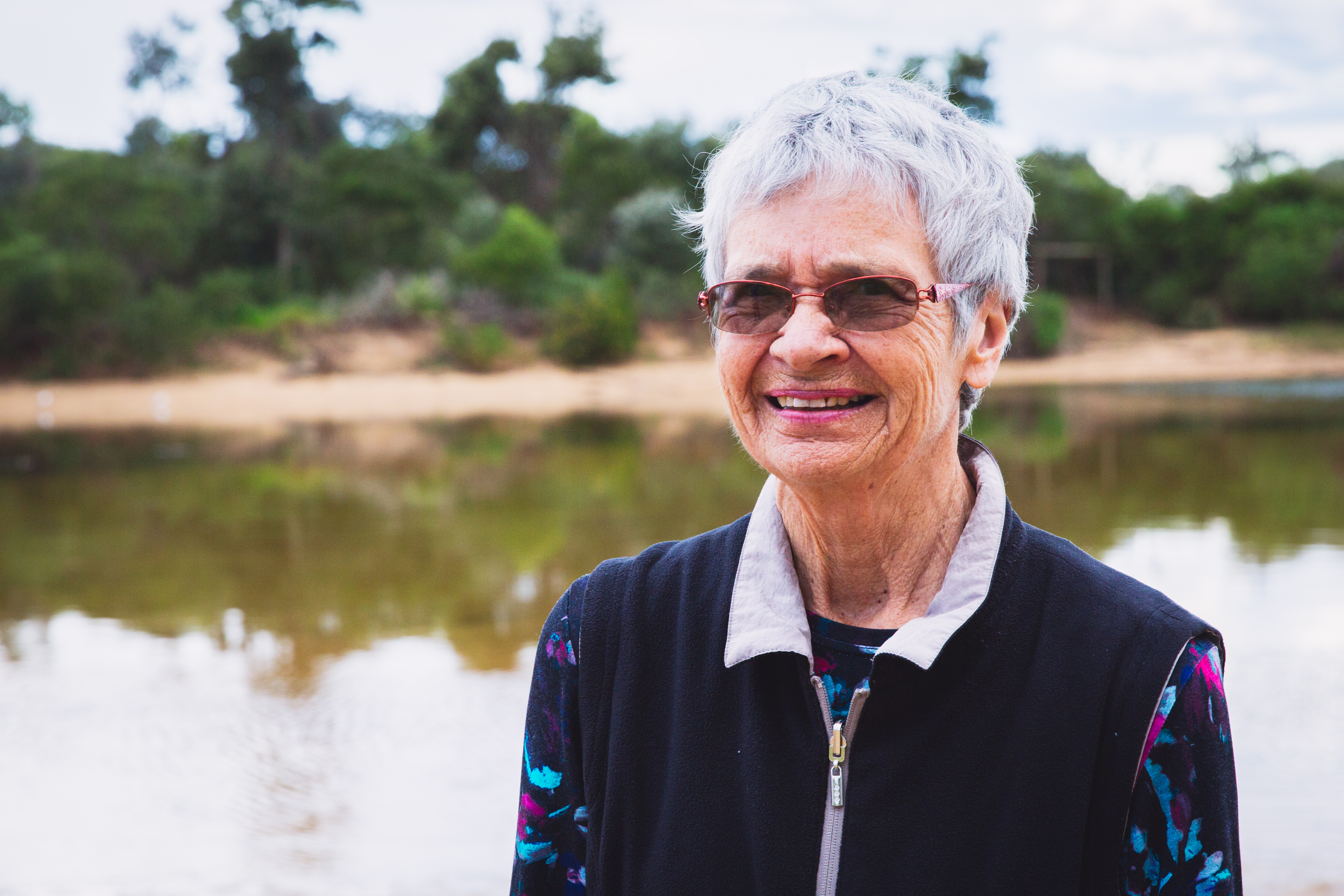 As I enter my 78th year of life, I am grateful for so much.  I find joy in the simple pleasures of everyday life. I love to spend time in my flower garden; it is so safe there, just like the presence of God.

The character of God is a tower of strength, (like a bed of flowers)
Proverbs 18:10
(The Passion Translation)

I delight in the company of my children and grandchildren and my church family. God has been so good to me. I could never have imagined the great adventures that were ahead of me when I entrusted my life in to His hands. From the plains of Minnesota, to the mountains of Nepal, all the way to the coastal beauty of Australia, God has been a faithful Father and a loving saviour and friend. 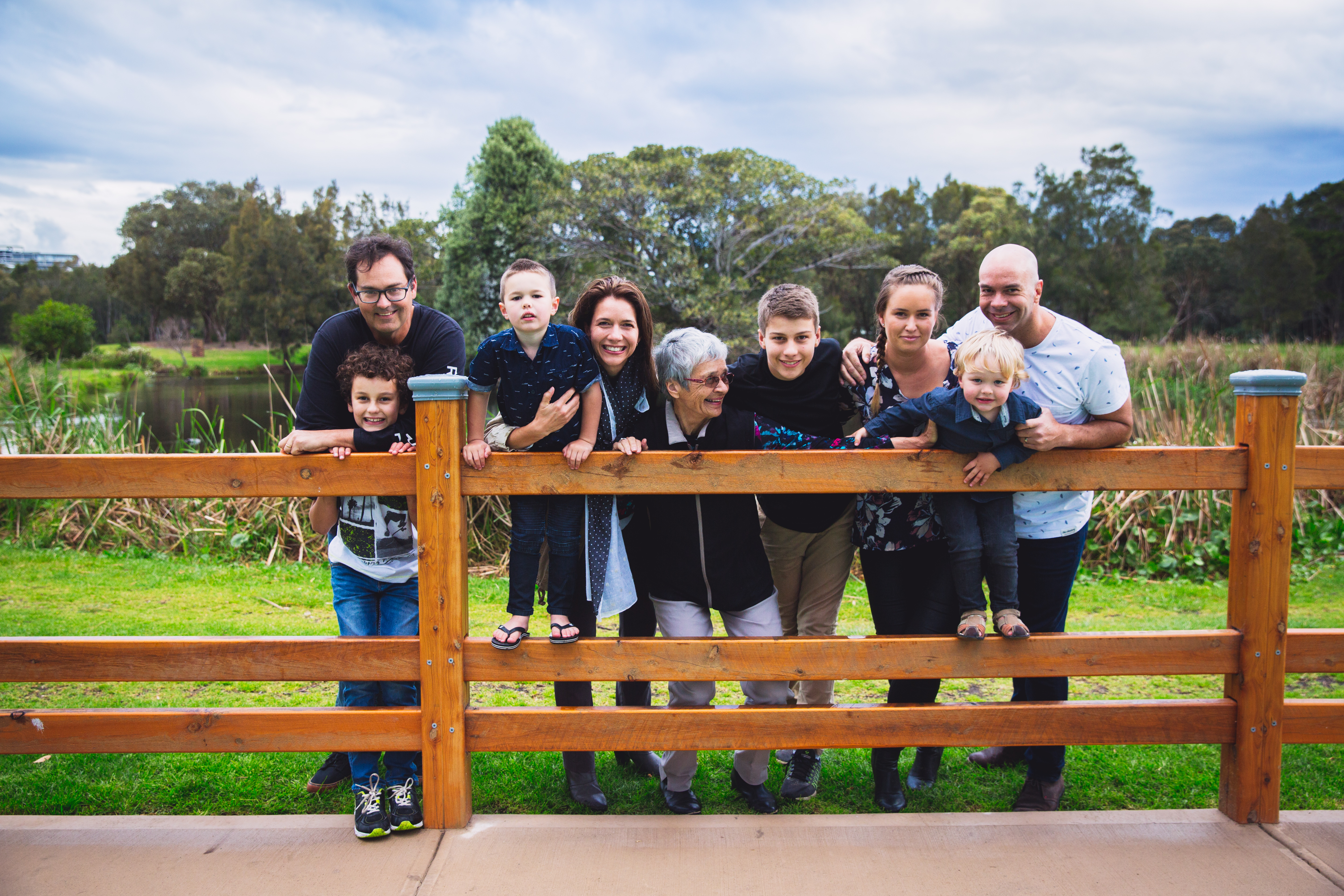