He is Faithful – Laurie’s Story

From as young as I can remember I dreamed of being a mother. As the eldest child in our family I embraced the role of protective big sister to my two younger sisters and brother. My dreams for my life were traditional and uncomplicated. I would become a nurse like my mom and then a wife and mother. I was not a natural student and did not enjoy school. As a shy and quiet teenager I struggled to make friends amongst my peers. I loved being with my family however, helping my mom, playing with the younger children in our neighbourhood and when I was old enough, babysitting for family friends for 25c an hour!

Life took an unexpected detour when I was 14 years old and our family relocated from Canada to Hawaii. My parents had been Christians for my whole life but through the early years of my adolescence, they began a journey of faith that radically changed the course of all of our lives. In 1976 they made the decision to sell our home. Dad resigned from his job and we joined Youth With A Mission (YWAM), a global missionary training organisation based in Kona, Hawaii. Our family of six said goodbye to our comfortable, middle class existence and began an adventure that continues to this day.

The idea of Hawaii was very exciting; palm trees, warm water and white sand, how wonderful! We, however, were not going to Hawaii to be tourists but to become part of a relatively new, and expanding missions organisation. Accommodation was in short supply and so for the first three months that we were in Hawaii, we lived in a large, canvas, army tent.  The next few years were not easy for me as I struggled to adjust to a life that was completely foreign to what I was used to. I was still not a fan of school and when I was 17 I left high school and volunteered with the YWAM Mercy Ship, Anastasis.

Originally an Italian cruise liner, the Anastasis was to be converted into a mobile hospital complete with operating rooms, a dental clinic, a 40-bed hospital ward and an x-ray unit. I worked as a teacher’s aide as part of the education unit on the ship, at the same time completing my high school diploma via correspondence. I was with the Anastasis for 18 months, as she travelled from Greece to Los Angeles, it was a challenging experience. Some days we did not even have the money for fuel to provide power!

I returned home to Kona strengthened in my relationship with God and more settled than ever, that marriage and motherhood were what I wanted in my future. I began working alongside my parents in YWAM and as the years went on I watched both of my younger sisters marry and begin families of their own. I adored being an aunty to my nieces and nephews but the ache in my heart, for a husband and family of my own, remained. I continued to enjoy my role with YWAM but I was also plagued by poor health that limited my opportunity to build friendships beyond my immediate community. At times I wondered when and how I was ever going to meet the man who would be my husband.

In 1988 God called my parents to launch a ministry focused mainly on YWAM Alumni, YWAM Associates. This new ministry was initially based in Vancouver and then subsequently relocated to British Columbia’s Fraser Valley. It was not long after this that I received a clear and unmistakeable word from God in my heart. He spoke to me of a Chinese baby girl with Down Syndrome that would become my daughter. The word was so clear that I quickly wrote it down on a nearby envelope so that I would not forget. I was so confident of this word from God that I began to prepare myself to become a single, adoptive parent. I enrolled in the courses required by the Canadian government to become an adoptive parent. I was tentatively approved, but sadly, I did not have the thousands of dollars necessary to pursue international adoption any further. I was heartbroken.

As I entered my late 30’s my health became even more challenging and I endured numerous surgeries and procedures that compromised my quality of life. By the time I was 40, I had entered early menopause. My dream of becoming a mother seemed even more elusive. By this time the YWAM Associates ministry had again relocated, this time to the prairie city of Medicine Hat, Alberta.  I continued to pray regularly for my future family however. I recall swimming laps in the pool in my apartment complex, and with each lap, praying for my future husband. God gave me no clear answers that day but he did give me a sense of peace and assurance that calmed my fears.

In January 2006 I travelled to Australia to attend an YWAM gathering near Sydney. My parents, my sister Michelle, who had married an Australian, and her family were there, along with a number of YWAM affiliates from around Australia. It was during this event that I was reintroduced to an Australian man named Pete Worrall. I had met Pete briefly at a previous event but this time there was an unmistakable chemistry between the two of us.  At the end of the gathering Pete and I exchanged contact information and promised to ‘stay in touch.’ I returned to Canada and he went back to South Australia.

Pete and I began communicating via MSN Messenger almost immediately. Within a short time we were communicating multiple times a day. Over the course of the next few months we poured out our hearts to each other. Together we discussed everything and anything, from childhood fears to future hopes and dreams. Our relationship grew stronger with every day. One day Pete and I were chatting via Messenger when we had the following conversation,

I was 44 years old and had never even had a boyfriend. Pete and I had yet to go on a ‘real’ date, but we were getting married. You could not wipe the smile off my face. I had prayed for this man for years, and now, in the most unexpected way, God had given me the desire of my heart. The next few months were a whirlwind of planning and organising. Pete moved to Canada to take up a role in my parent’s ministry and in December 2006 we were married. Our wedding day was a celebration of love, family and the profound, faithfulness of God. 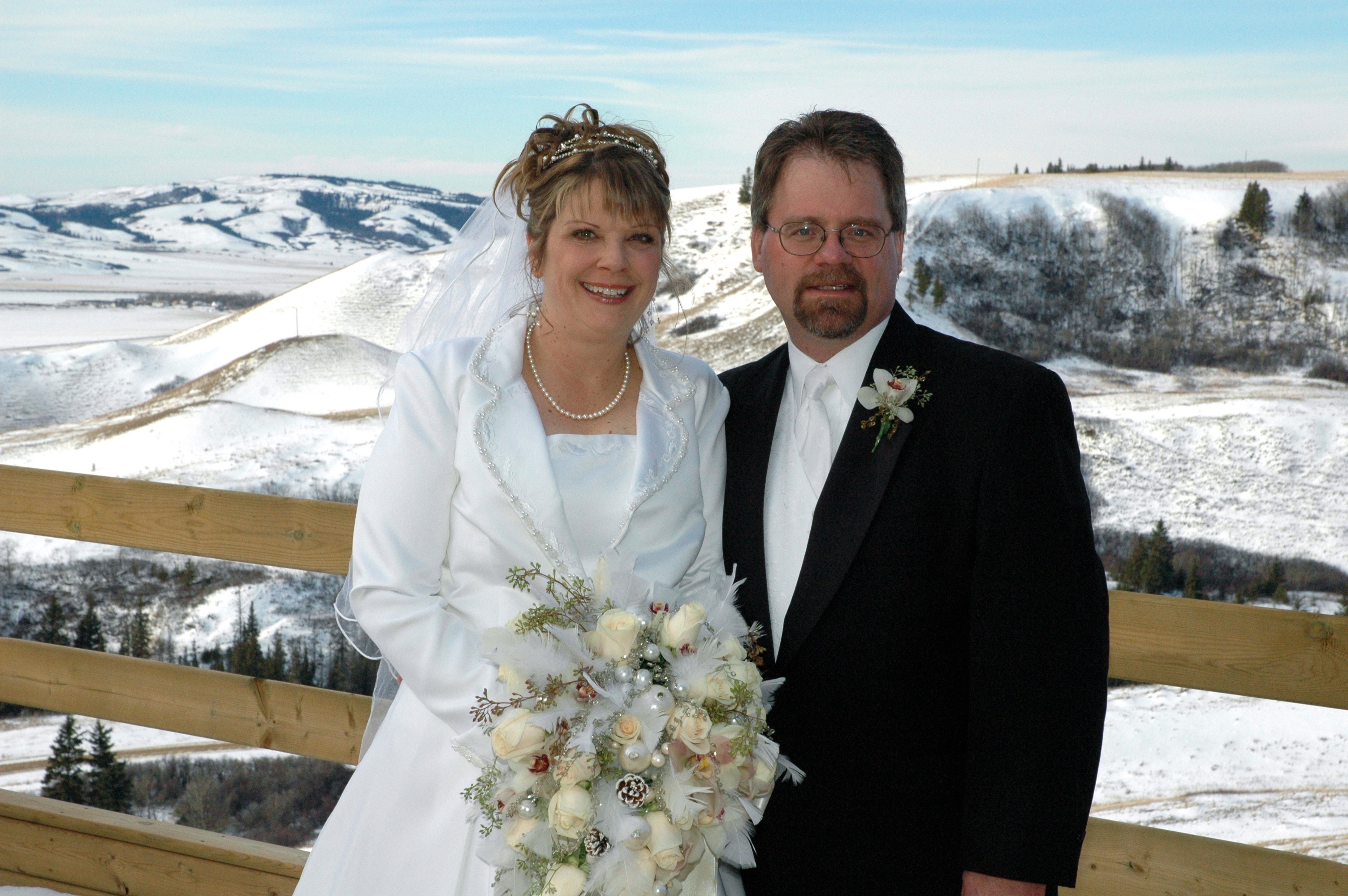 During one of our many Messenger conversations I had discussed with Pete the promise that God had given me about a little Chinese girl with Down Syndrome. He was 100% supportive. In early December of 2008, we were in Australia visiting Pete’s family in rural South Australia when my sister Julie contacted me with some exciting news. A friend of hers, who was connected with an orphanage in Taiwan, had called to let her know that a one-week-old baby girl with Down Syndrome had been placed with the orphanage. We immediately contacted ‘The Home of God’s Love’ Orphanage and asked if they would consider us as adoptive parents. By now Pete and I were in our late 40’s and we were concerned that they would deem us ‘too old’. We prayed, and in my heart I knew, this was our baby girl.

Approximately a week after we first contacted ‘The Home of God’s Love’ Orphanage, the director called us. He told us that they would be delighted for us to adopt the baby girl whom they had named Pei Li. My heart was ready to explode. Over the next few months we began to receive regular updates from the orphanage with pictures and information about Pei Li. As we waited for final government approval, we were faced with the very real challenge of raising enough money to cover all of the adoption expenses. As missionaries, Pete and I had very limited resources and the expenses involved in international adoption are many. We were confident that God would make a way, but how? We were blessed by a number of donations from friends and family but the most significant financial contribution came via a grant from Orphan’s Hope. The amount was more than enough to cover the cost of all of our travel, accommodation and related expenses, in Taiwan. Thanks to the generosity of others, we were able finalise arrangements and book our flights to Taiwan. We were about to meet our daughter for the first time.

On December 6th 2009 Pete and I flew to Taipei. We had decided to name our daughter Ruth Irene Pei Li – a name that honoured both her past and her future. As we exited immigration we were both filled with nervous anticipation and excitement. The director of the orphanage had arranged to meet us in the arrivals hall and then drive us to the orphanage. What neither Pete nor I realised, was that he had brought Ruth with him. I was overwhelmed. As we said our ‘Hello’s’ he placed a beautiful, baby girl in my arms. She looked straight at me and smiled. It was love at first sight for both of us. 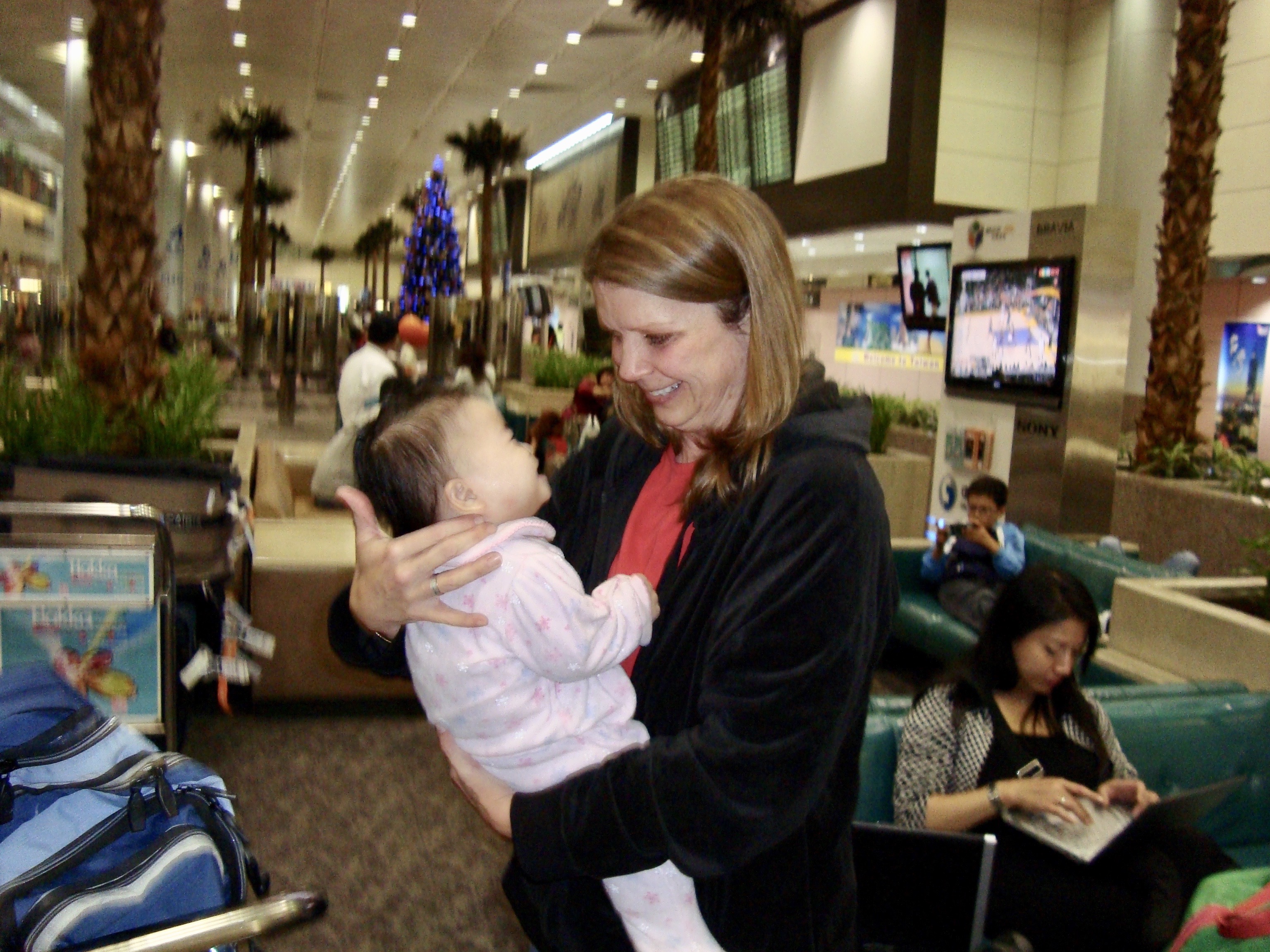 Within moments, he whisked us away to the Canadian Embassy to finalise Ruthie’s adoption paperwork. Just like that, we were parents. After 48 years of praying and waiting and praying some more, I was a mother. Pete, Ruthie and I spent a week together at the orphanage getting to know each other and then began the long trip home to Canada. I will never forget the scene that awaited us when we arrived at the Medicine Hat Airport. Friends and family, holding balloons and signs and streamers, filled the arrivals area. It was one of the happiest days of my life.

Ruthie is now eight years old and pure sunshine. Although becoming parents at a later age has its challenges, Pete and I are utterly devoted to Ruthie; we cannot imagine life without her. She is very social, kind, compassionate and loving. Ruthie brings joy and life wherever she goes and has enriched our family in ways we couldn’t imagine. I am so grateful to God for the blessings of my life, an incredible husband, a beautiful child and a family that reminds me daily that ‘He who promised is faithful.’

‘Let us hold on to the confession of our hope without wavering,
since He who promised is faithful.’
Hebrews 10:23 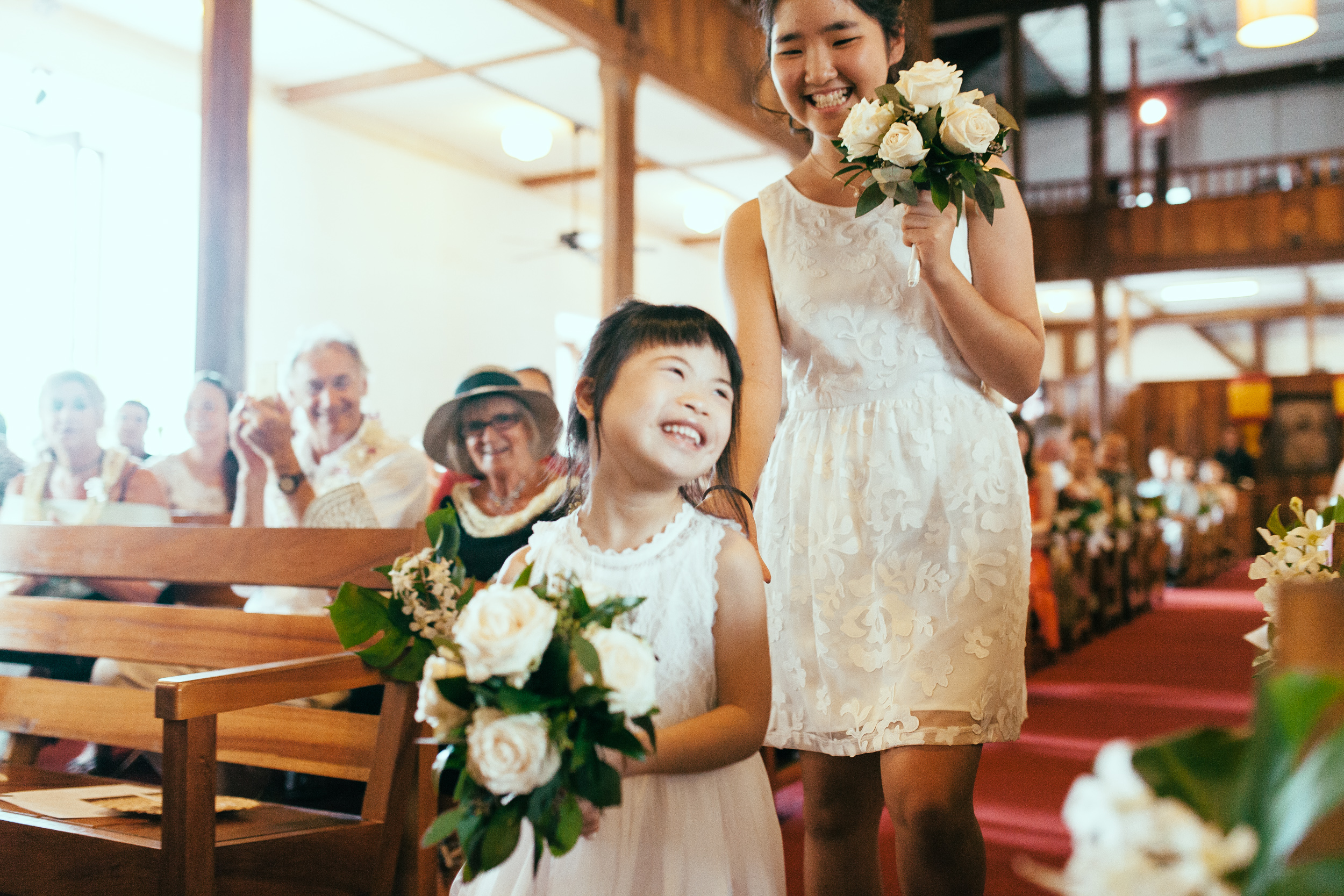