Next PostA Letter to my Birth Mum  – Maddie’s Story

I had first my dance class when I was 2 ½ years old. I loved it and from that first class I was hooked. I continued dancing all through high school and by the time I was in my late teens I was dancing professionally. To those on the outside it appeared that I had it all. I had been blessed with good looks, talent and a loving family; it seemed like a perfect life. But I was a pretty girl with an ugly secret.

The elegance and beauty of the world of classical ballet provided me with a mask to hide the fact I was a young woman at war within herself.

From the age of 15 I struggled with an eating disorder, painfully low self-esteem and a pervasive sense of emptiness. The accolades that accompanied my success in the world of dance were never enough to fill the ache of loneliness that shadowed me. I had friends, male and female, but they were generally superficial and hollow relationships.

My mother raised me to know God and I regularly attended church with her but my relationship with God was shallow, conducted on my own terms. Over the course of the next 10 years I found myself in a number of unhealthy relationships that battered my already fragile sense of identity and value. I was desperately searching for validation in all the wrong places. My mother continued to faithfully pray for me and encourage me towards a deeper relationship with God. In 2012 she asked me to attend a Hillsong Conference evening session with her. The speaker was Joyce Meyer. Her message impacted me so deeply that I went home after the session and downloaded an application for Hillsong Bible College. I began Bible College the following month; the journey of restoration had begun. 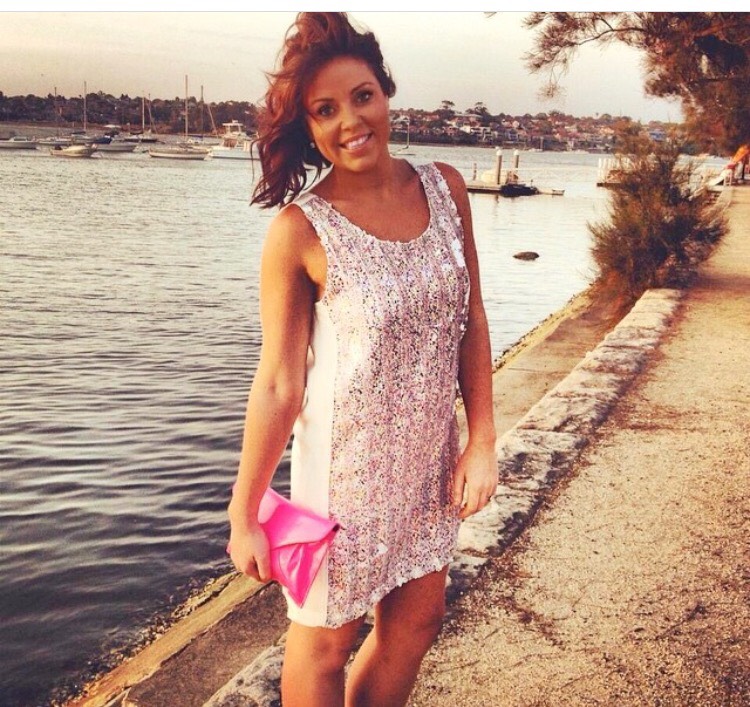 My relationship with God was growing and maturing but the hurts and brokenness of my past were by no means instantly healed.  In 2015, I was diagnosed with severe depression and admitted to hospital for treatment. It was during this time that I began to experience debilitating headaches. The headaches became worse and worse during my stay but none of the doctors seemed concerned.

By May 2015 I was living back at home with my parents. I was still experiencing headaches regularly and no one seemed to know what to do. On Monday 4 May 2015 I woke up with a headache that was so intense I could barely see. My mum and I decided to go to the Emergency Department at our local hospital. By the time I was seen by a doctor I was losing my speech and in significant pain. I was given a lumbar puncture to test for meningitis. It came back clear but my symptoms were worsening. I was seen by the attending neurosurgeon who ordered an MRI and I was admitted to hospital. The next day I was given the devastating news that I had a brain aneurism. My whole world came crashing down around me.

I was only 30 years old and had a ticking, time bomb in my brain!

After much discussion amongst various specialists it was decided that I should have brain surgery that would involve placing a ‘coil’ near the aneurism that would prevent it from rupturing or bleeding. The surgery was scheduled for 9 June. This gave me some time to get stronger and meant that I would also be able to celebrate my upcoming 31st birthday at home instead of in hospital.

The day before the surgery I went to church with my mum. As we walked in to the foyer of the church auditorium a young man who I had met at Bible College four years earlier rushed over to talk to me. His name was Dylan. I knew that he had had a crush on me for a while but we hadn’t seen each other for ages. He didn’t waste any time. After a few minutes of chitchat he asked me if I was interested in going out on a date. When I told him that I was actually having brain surgery the next day he was unperturbed and responded that he would come and see me in the hospital.

On the day of the surgery I was a bundle of nerves. My mum was sobbing and although I was terrified I did my best to put on a brave face for everyone else. My first memory after the surgery is still hazy. I recall being in the ICU and hearing voices saying ‘hang in there, hang in there’ and then nothing. What I didn’t know was that in the process of inserting the coil the surgeon had inadvertently punctured a blood vessel causing a potentially fatal cerebral hemorrhage. After eight hours in surgery I was taken to ICU in a critical condition. My family was called to my bedside as the medical team was unsure whether I would survive. I was rushed back to the operating theatre later that night in an attempt to repair the vessel. 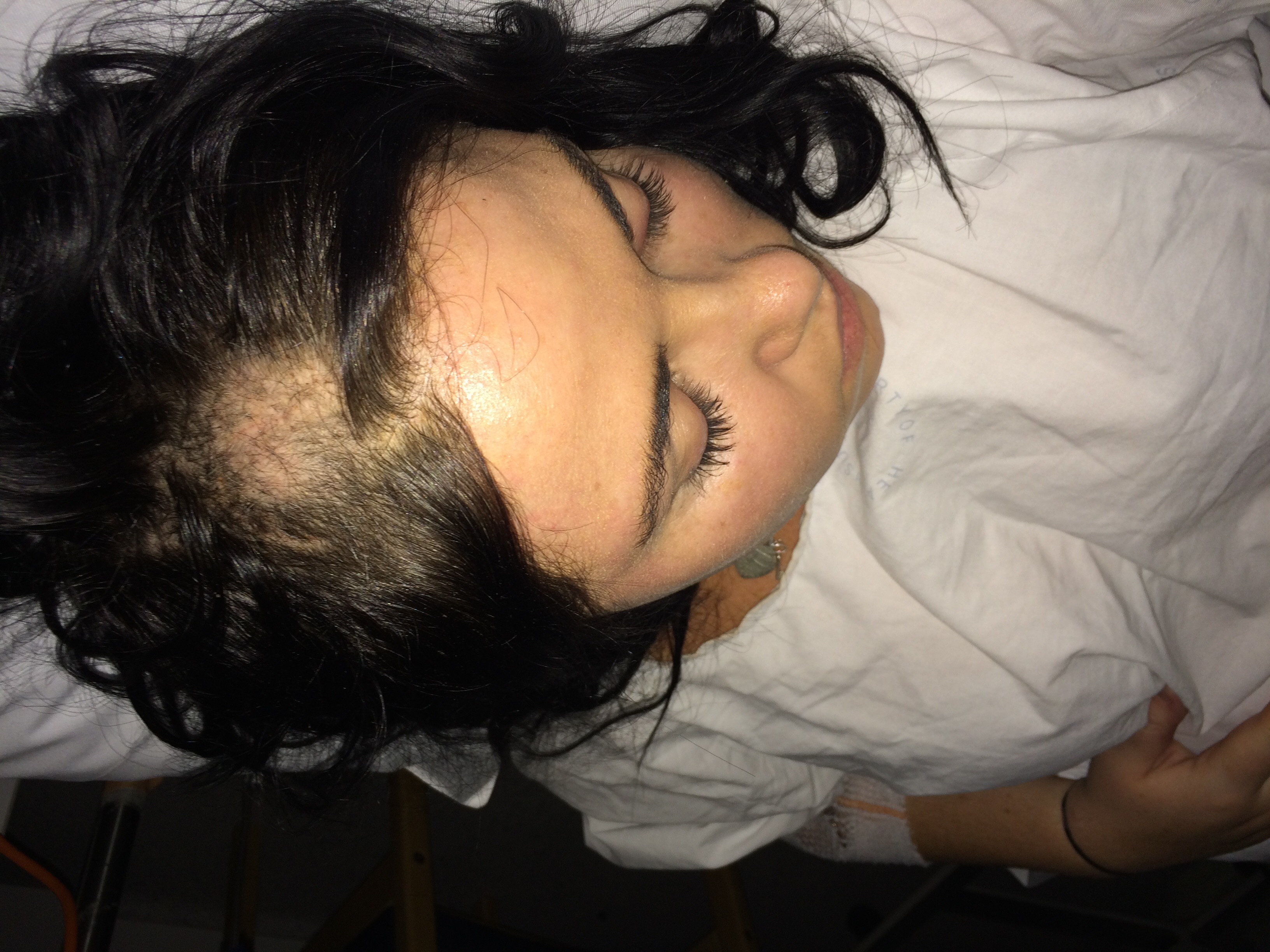 Over the course of the next few months I had three additional brain surgeries, was placed in an induced coma, suffered a stroke during one of the surgeries and existed in a haze of indescribable pain. After suffering a Cerebrospinal Fluid (CSF) leak through my nose and ear, the doctors decided to put a permanent shunt in my brain to drain the fluid and control the swelling on my brain.

What was anticipated to be a 20-day hospitalisation for a relatively straightforward procedure became a 295-day medical and emotional rollercoaster.

In the brief moments in ICU when I was aware of what was happening around me, I experienced a mixture of fear and faith. ICU is a noisy and frightening place but my mum played worship music and read the Bible to me. Before I went into theatre for each surgery I sang the song ‘Soon’ by Brooke Fraser in my head. It, and Psalm 91 became my battle anthems. For most of the time I was in ICU I was unable to speak but I was definitely aware of people praying. My family, in particular my mum, Dylan, and even some of the nurses prayed over me and spoke life and hope even in the face of my devastating situation. 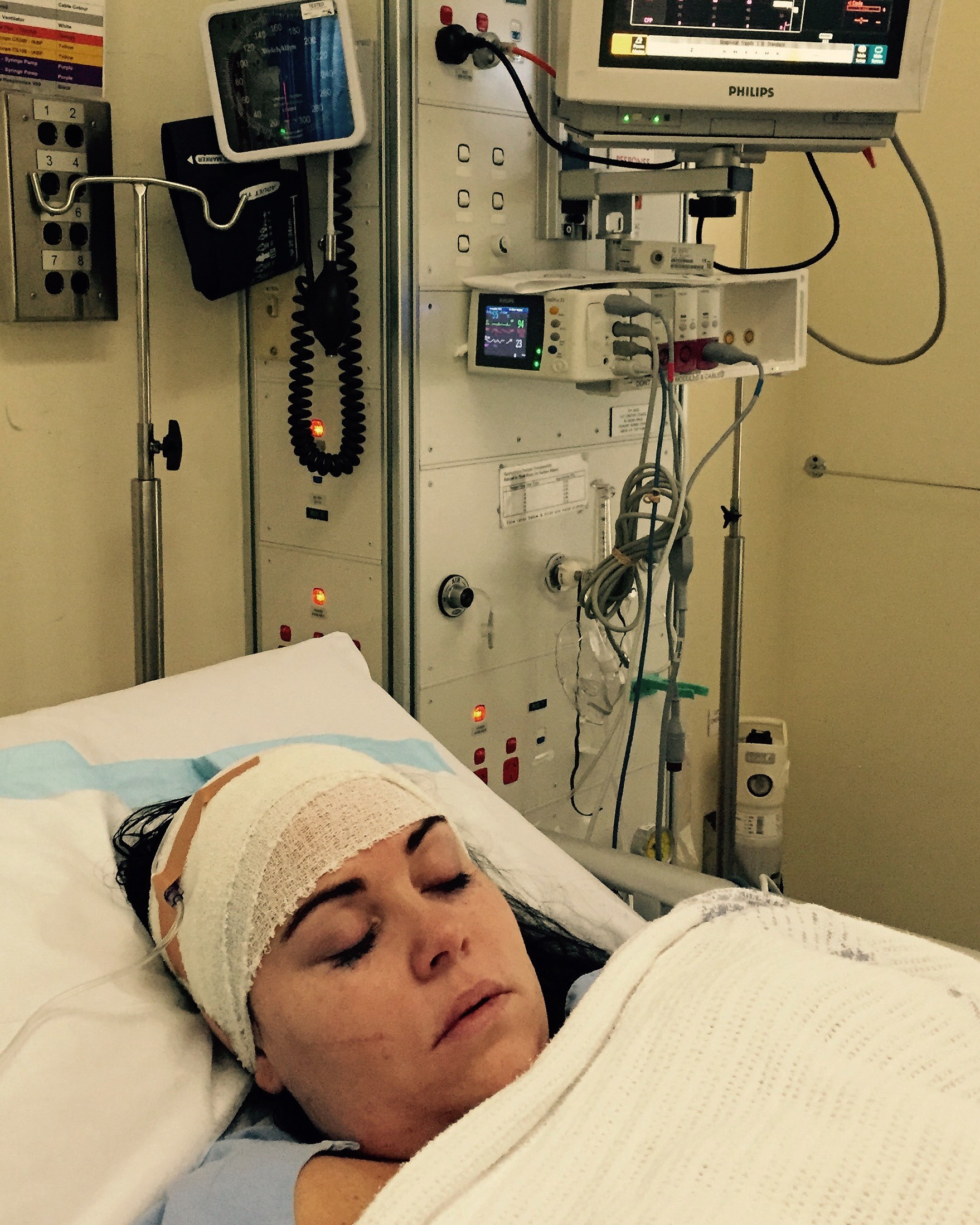 Dylan didn’t get to take me on a date like he hoped to, but he visited me faithfully, prayed for me and wrote me letters that I collected in a box. The nurses were always very excited to get the next instalment in our unfolding love story. He saw me at my most vulnerable and fragile, make up free and catheterised but that didn’t seem to faze him. I had never met a man like him. Our blossoming relationship gave me something to fight for, something to look forward to.

I was eventually transferred to the neurosurgical ward and then a rehabilitation hospital. I had lost all of my memory, my communication skills and the ability to walk. I now needed to learn how to live again. I was no longer the skinny, confident ballerina with flowing black hair and the ‘perfect’ life. Now, thanks to the surgery and medications, I had lost my hair, gained 30 kilos in weight and struggled to remember names and phone numbers. But I was alive. 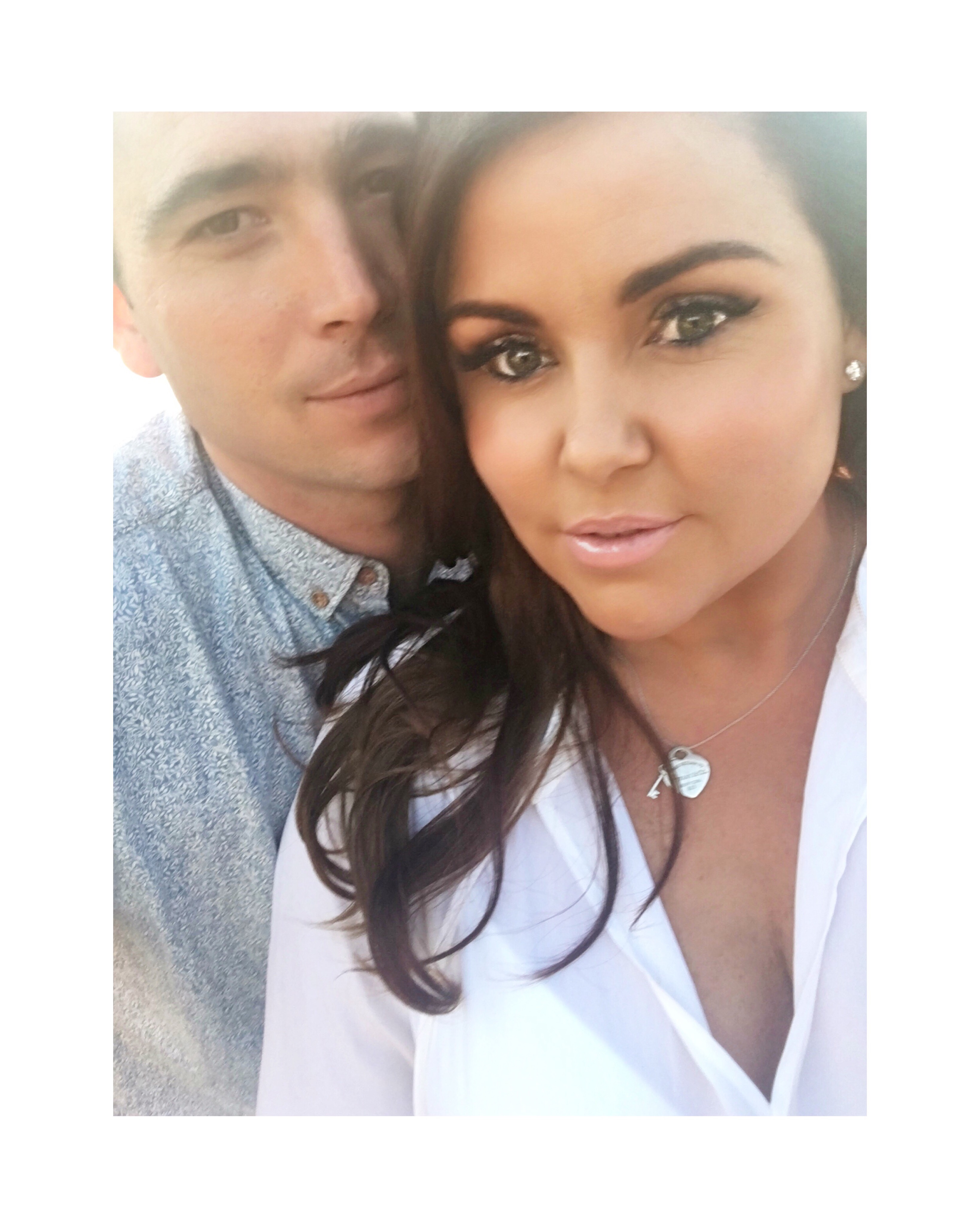 All of the things that had seemed so important to me before the aneurism faded into the background. Sadly most of my friendships did not survive my prolonged hospitalisation and rehabilitation. At times I struggled with self-confidence and loneliness but my relationship with Dylan grew stronger each day. He had gone through his own challenges and together we were creating a new life for ourselves with God at the centre.

In June 2016, a year after my first surgery, Dylan proposed. We were married on 4 November 2016. It was an incredible day; a celebration of life, love and hope. We are now committed to a new church community, building new friendships and establishing a home and a family together. I still require regular check ups and monitoring but have recently started working part time in a job that I love. Dylan and I are hoping to start a family soon. 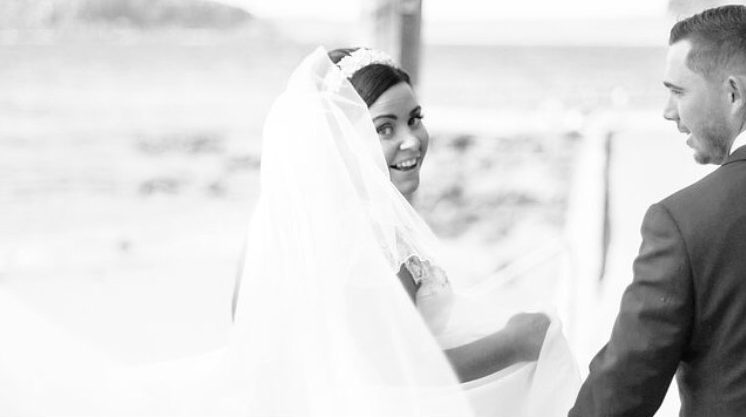 It’s hard to comprehend all that has happened in my life over the last two years.

For months I lived with the fear that I may lose my life but now I am creating, discovering and establishing a whole new life.

What I thought might be the end was actually the beginning of the most incredible journey. Through much of my time as a dancer I had to remind myself to smile, it was a performance. Now I don’t need to be reminded to smile, I can’t help myself. I am so grateful to be alive. Every day is a gift from God and I intend to enjoy each one.