Next Post“You are so skinny!” – Martha Kate’s Story

Teaching Others To Shine – Ana’s Story

I arrived in Australia as an asylum seeker from East Timor. I was not quite two years old. Even though we were now safe in Australia the shadow of what my family had experienced in the conflict in East Timor, hung over our home. From the moment we arrived my parents pretty much laid down their lives to provide a life for my brother and I, of which I am forever grateful. I remember always feeling a little different to my friends at school, the fact that my parents were very protective meant that I wasn’t allowed to attend many social activities; forget sleepovers and play dates, they were a no no. I developed quite a few insecurities along the way, however; overall, my childhood was incredible. I was in the best country in the world, safe to play with my brother who I adore and lots of cousins. Mum and dad were very committed to their Catholic faith and church attendance was very important. It was only later that I realised that God cares more about relationship than religion.

At the age of 19 I fell crazy, head over heels in love with the man who would become my husband, Mark. After a whirlwind romance Mark and I were married and we moved to Melbourne where Mark had been drafted to play professional football in the AFL and I continued working for Ansett Airlines. City living was quite a change of pace from the quiet life in Darwin.

Our social life was full and we were both enjoying success in our respective careers but at the same time I felt lost. I missed my family deeply and some of the old insecurities of my teenage years began to resurface. One afternoon after feeling particularly overwhelmed by life I said a simple prayer “God, if you’re real, can you help me?” Almost instantly I felt something like electricity flow through my body. Even though I had never heard these words before I began to say over and over “Jesus I love you, I love you.” The peace that came over me was like nothing I had experienced before. The next day Mark and I went to a local church that a friend from work attended. We both made a decision to follow Christ that day.

I am so grateful for the women of that church who befriended me, encouraged and supported me. Over the next few years of living in Melbourne Mark and I both grew in our love for God and became increasingly aware of His purpose and presence in our lives. In 2000 Mark left the AFL after suffering an injury and we relocated to Darwin. By this time we were also parents to two amazing children, our son Luis and daughter Alesha.

Leaving Melbourne and the world of professional football was a challenging transition and it took a while for us to feel settled in Darwin. No one was more surprised than me when after two years back in Darwin I sensed God asking Mark and I to become house parents to 10 indigenous teenage boys. I thought I must have been tuned into the wrong prayer channel! The boys were from remote indigenous communities and had moved to Darwin to attend high school at Marrara Christian College. This would be a far cry from the glamorous party scene of Melbourne. Mark had been helping out at the school on the weekends and loved it. I on the other hand was overwhelmed at the prospect of feeding, cleaning and caring for an expanded family of 14!

We agreed to a three-month trial and twelve years later we are still there. My ‘family’ has now expanded to 15 after our daughter Naveena was born in 2010. Mark is committed to seeing the next generation of young men equipped to be great fathers, men of integrity and purpose. It is my privilege to come alongside him to mentor and support these young men towards that goal. 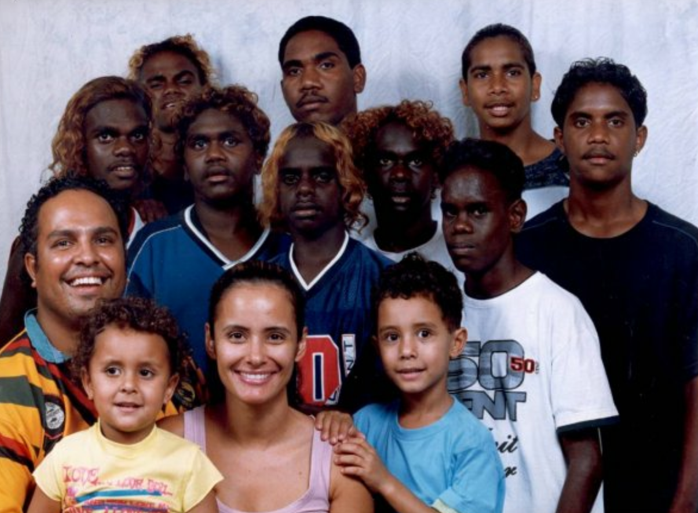 Needless to say with twelve men in the house my life was very full but only two years after becoming house parents the pastor of our church asked me if I would consider introducing a program called Shine into our local high school. Shine is a personal development and mentoring tool that encourages a strong sense of identity, value and self-esteem in teenage girls and young women. I saw the value of the program and my heart was drawn to it but I honestly didn’t know how I could fit it in to my already very busy life. I made it very clear to God that he would have to show me if this was an opportunity that he wanted me to say yes to.

I should have known better. The following day I was at the fashion boutique that I worked at one day a week and two women walked into the store to browse. We started chatting and I discovered that these two random women were actually the Australian and UK directors of Shine! There’s no way that was a coincidence! A few months later I facilitated the first of many Shine programs in our local high school. 10 years later I am still facilitating Shine and have seen God open the most incredible doors of opportunity.

There is no question that this commitment has come at a cost. Ours is not a ‘normal’ family life and our children have had to learn to adapt to sharing their parents and home with others. There have been times over those years that I have felt like I just can’t go on. Cooking for 15 is not easy, doing anything as a ‘party of 15’ presents a lot of unique challenges. I recall one occasion where I went to God totally overwhelmed. I was tired and wondering whether in the midst of the multitude of day-to-day tasks and responsibilities I was actually making a real difference to the lives of all these young people He had entrusted to me. God led me to read Psalm 112.

Praise the Lord!
How joyful are those who fear the Lord
And delight in obeying his commands.
Their children will be successful everywhere;
An entire generation of godly people will be blessed.
They themselves will be wealthy,
And their good deeds will last forever. 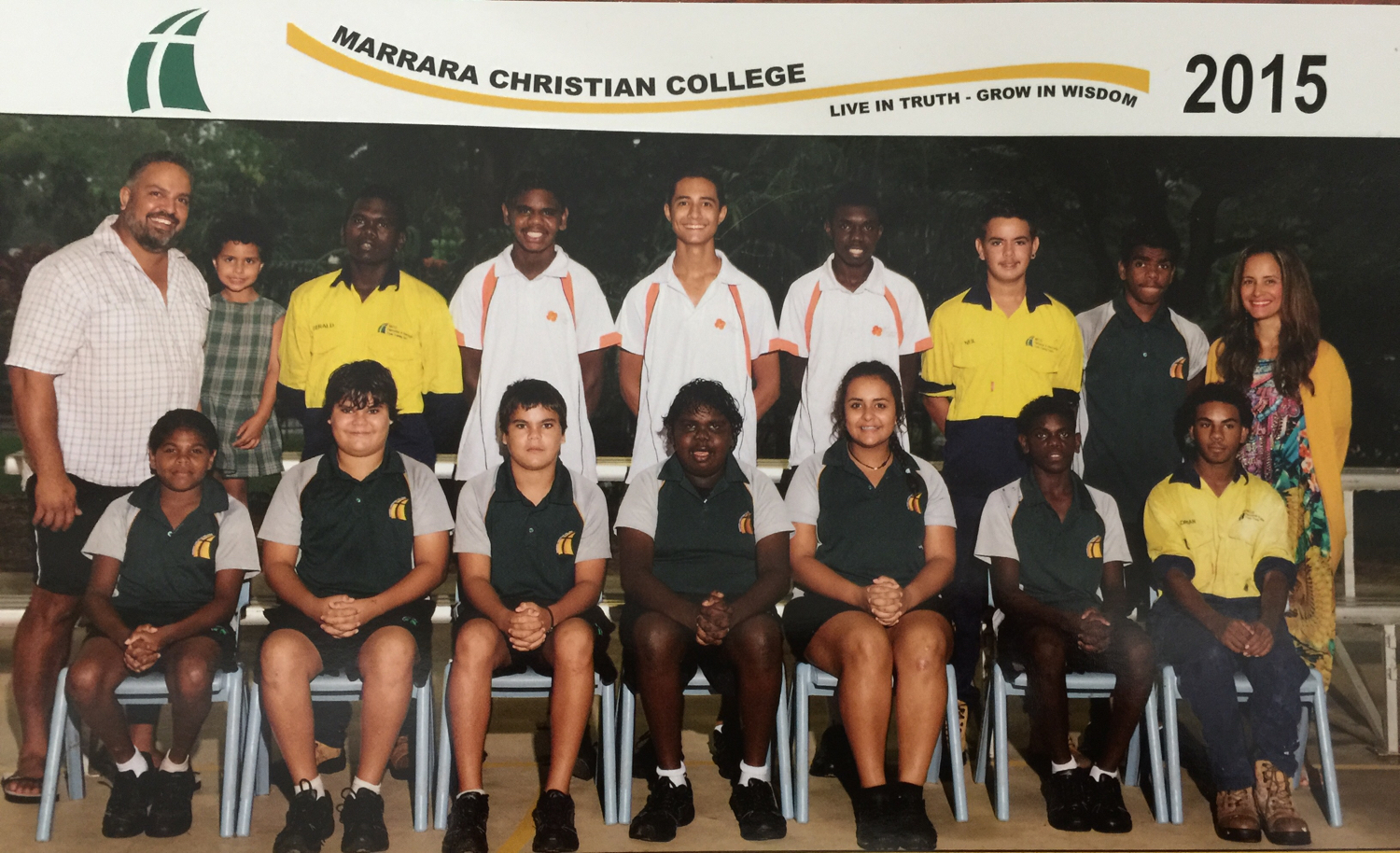 What an incredible promise. God reminded me that His plan and purpose is generational, that even the smallest seed sown will reap a great harvest and that our obedience is rewarded with blessing. Mark and I are now seeing that blessing. Not just in the lives of our own children but also in lives of the countless young people that we have loved, encouraged, supported and nurtured over the last 12 years.

In March 2015 I attended Colour Conference in Sydney and helped facilitate a Shine Master class for those interested in establishing Shine in their own community. During the break a young woman approached me and asked me if I remembered her. Rebecca was part of one of the Shine programs that I facilitated seven years ago at a high school in Darwin. She related to me that during that time her stepfather was sexually abusing her. She lived with such fear and shame that she was unable to tell anyone. Attending Shine was the highlight of her week. It was the only time when she felt safe and valued and the course gave her the courage to aspire to a different life to the one she was experiencing. She went on to tell me that a few years after graduating from Shine she had become a Christian and was now a youth leader in her church, mentoring young girls and completing a Masters of Education at university. I was totally blown away. How many other Rebecca’s are out there? I am so grateful to God for bringing Rebecca in to my world again. She is a living reminder that our faithfulness and obedience matters. It matters to God and it matters to the people that God brings into our life. 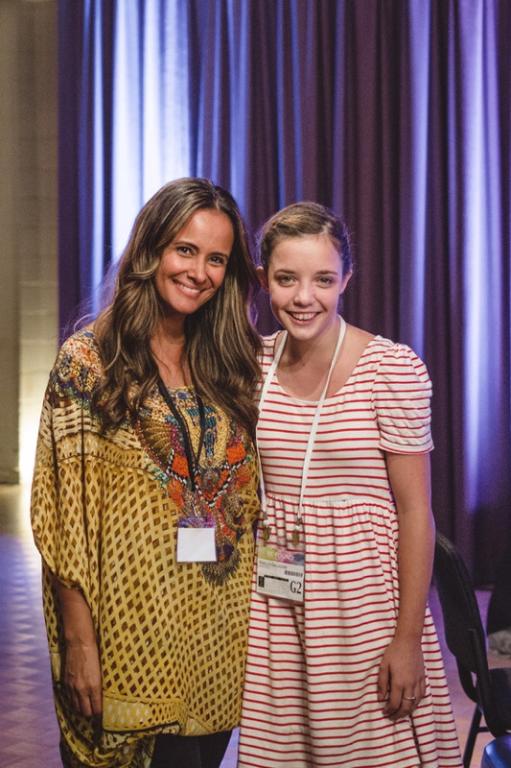 Previous PostAbused and Silent to Finding Her Voice – Rebecca’s Story