Next PostIngerlise’s Story – How Down Became Up

The first 32 years of my life were not easy.

Processing the loss of my birth family, the painful transition of international adoption, and the confronting reality of a life-threatening chronic illness all took its toll on my emotional and physical health. By the time I turned 32, I felt like I had finally found a better rhythm in life. My health was still very challenging as I juggled dialysis and the associated complications, but I was optimistic about the future. I was working part time, had a boyfriend, and was enjoying being part of a new church community. My relationship with my birth mother in Fiji was still complicated and sensitive, but I was stronger in my own sense of identity and relationship with God, than I had been for a long time.

I had always longed to be a mother, but after more than 15 years of invasive and aggressive medical treatments, including a failed kidney transplant and ongoing dialysis, I had been told that it was virtually impossible for me to get pregnant. My medical team had also made it clear that even if I did get pregnant that carrying a baby would endanger both mine and the baby’s life. With that knowledge in the back of my mind, when I went to hospital in February 2018 for a surgical procedure in my cervix, I automatically answered ‘no’ when the doctor asked me if I could be pregnant. The surgery involved removal of scar tissue in my cervix via laser. It was a lengthy procedure with a very painful recovery. When I was still bleeding five days later, I went to the hospital. I knew something was wrong.

As I lay on a bed in Intensive Care, surrounded by a team of at least 10 medical staff, including a renal specialist, gynaecologist and ICU specialist I was asked again if there was any chance I could be pregnant. I replied, ‘I don’t think so, but even if I was no baby could have survived the blood loss that I have had over the last few days.’  I was wrong.

A blood test and ultrasound confirmed that I was indeed pregnant; 9 weeks pregnant!

I lay on the bed in shock.  I knew the mechanics of how I had got pregnant but the fact that I actually was pregnant was mind-blowing! I was excited, confused and terrified all at the same time. The doctors were not excited. Their immediate advice was that I should terminate the pregnancy. My response was, ‘Absolutely not. This little life has made it this far. I am going to do whatever it takes for this baby to survive!’ When it became clear that I was determined to proceed they contacted an obstetrician in Sydney, who specialised in high risk pregnancies, who agreed to manage my care.

I was so excited to be pregnant but at the same time feelings of deep shame and doubt returned. I was not married and I had known for a while that the relationship with my boyfriend was not a healthy one. Although he was supportive of my decision to have the baby, he was not interested in continuing our relationship or playing an active role in our baby’s life. So many emotions swirled around in my head.

I remember saying to myself, ‘I’ve cancelled myself again. You’ve done it again Semaema.’  As I stood in church singing worship songs, I battled feelings of guilt and unworthiness that had shadowed me since childhood. I had a miracle growing inside of me but I was too ashamed to tell anyone. I knew the circumstances were not ideal but at the same time this baby was the gift that I never thought I would get. Everything in me wanted to run away and hide but then I sensed the voice of God. He prompted me to lift my hands, to surrender, and to stay.

My friends and family were overwhelmingly supportive. In order to give my baby, the best chance of life, I was required to change all of my medications and have dialysis for seven hours, every day! My friends rallied around me providing much needed practical and emotional care as I focused all of my attention on keeping myself and my precious baby healthy. At my 12 weeks scan the doctors were concerned that my baby, whom I now knew was a boy, had chromosomal deformities, and again, suggested termination. I refused. They thought that I was crazy.

In the weeks and months that followed, my fears and doubts about raising a child as a single parent increased. I knew that if I was to be the best possible mother for my little boy, that I would have to deal with some of the residual baggage of my past. Through prayer counselling and therapy, I continued to work through the many layers of rejection, shame and abandonment that had accumulated over my life. As I carried a precious life inside of me I couldn’t understand how my birth mother had abandoned me. Even after I finally had the opportunity to reconnect with her in Fiji she had still chosen to not tell her husband and family about me. The pain of this rejection still hurt me deeply.

I was also greatly concerned about my little boy growing up without a dad. I had experienced first-hand the ache of not having a father figure during the early years of my life. I did not want my child to have to experience that too. My counsellor was a fantastic help to me as I processed these fears. She reminded me that my son would have me, and an incredibly supportive, extended family. She helped me see that his life could be different to mine. My story would not be his story. He would know from his very first breath that he was loved, wanted and part of a family.

Ezekiel John was born by caesarean, at 34 weeks, on 14 September 2018. The book of Ezekiel, Chapter 37 speaks of God breathing life into a valley of dry bones. John is the name of my beloved, adoptive dad. 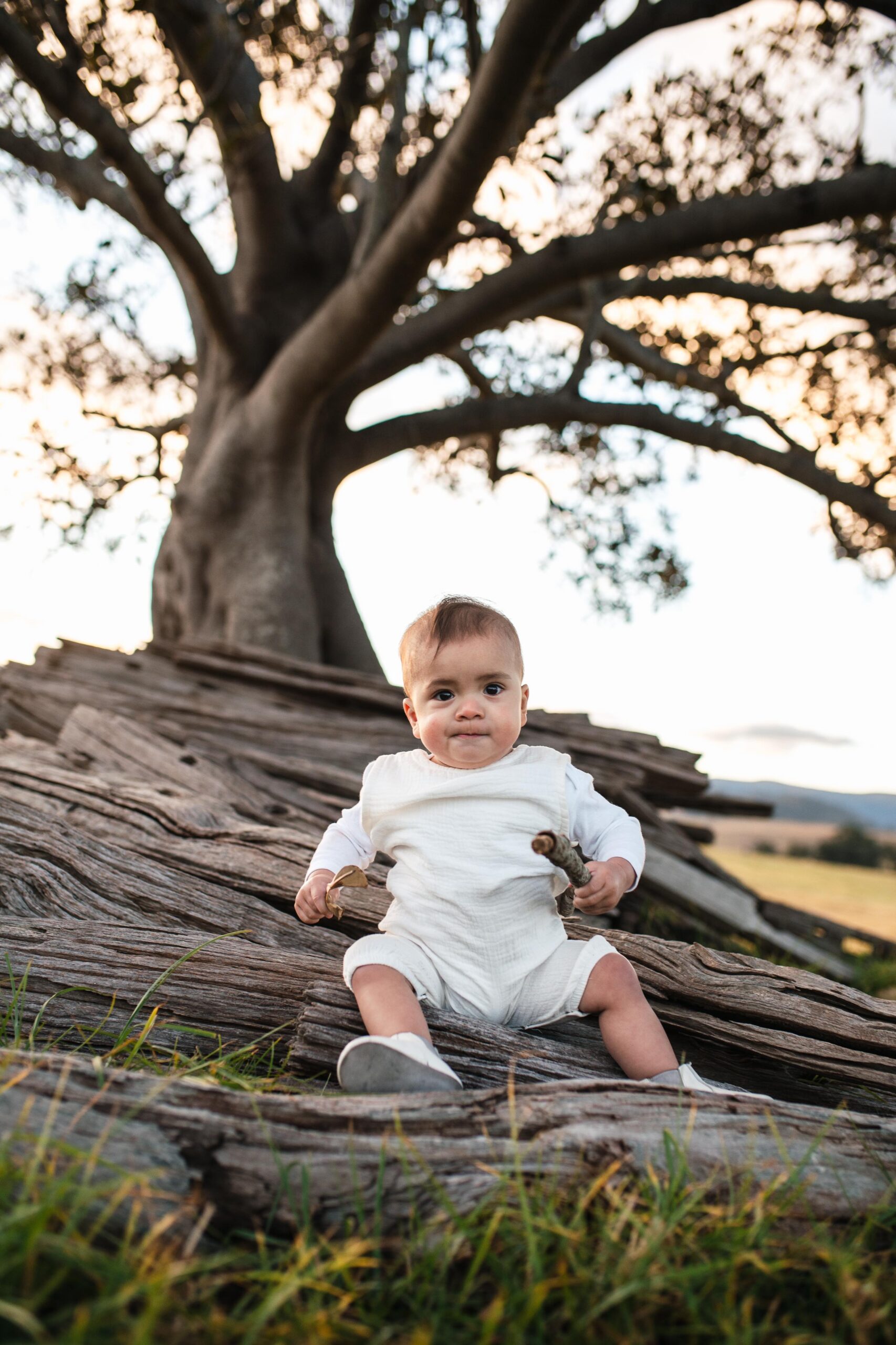 Miraculous life and unconditional love; I could not think of a more appropriate namesake for my precious son.

Motherhood has been a very steep learning curve. The reality of living with a chronic and life-threatening illness as a single parent is tough. Yet every day I look at my son in absolute wonder. I am so grateful to be his mother. For the first time in my life I am living with someone who is my biological family. I still can’t believe he’s here and that we belong to each other. 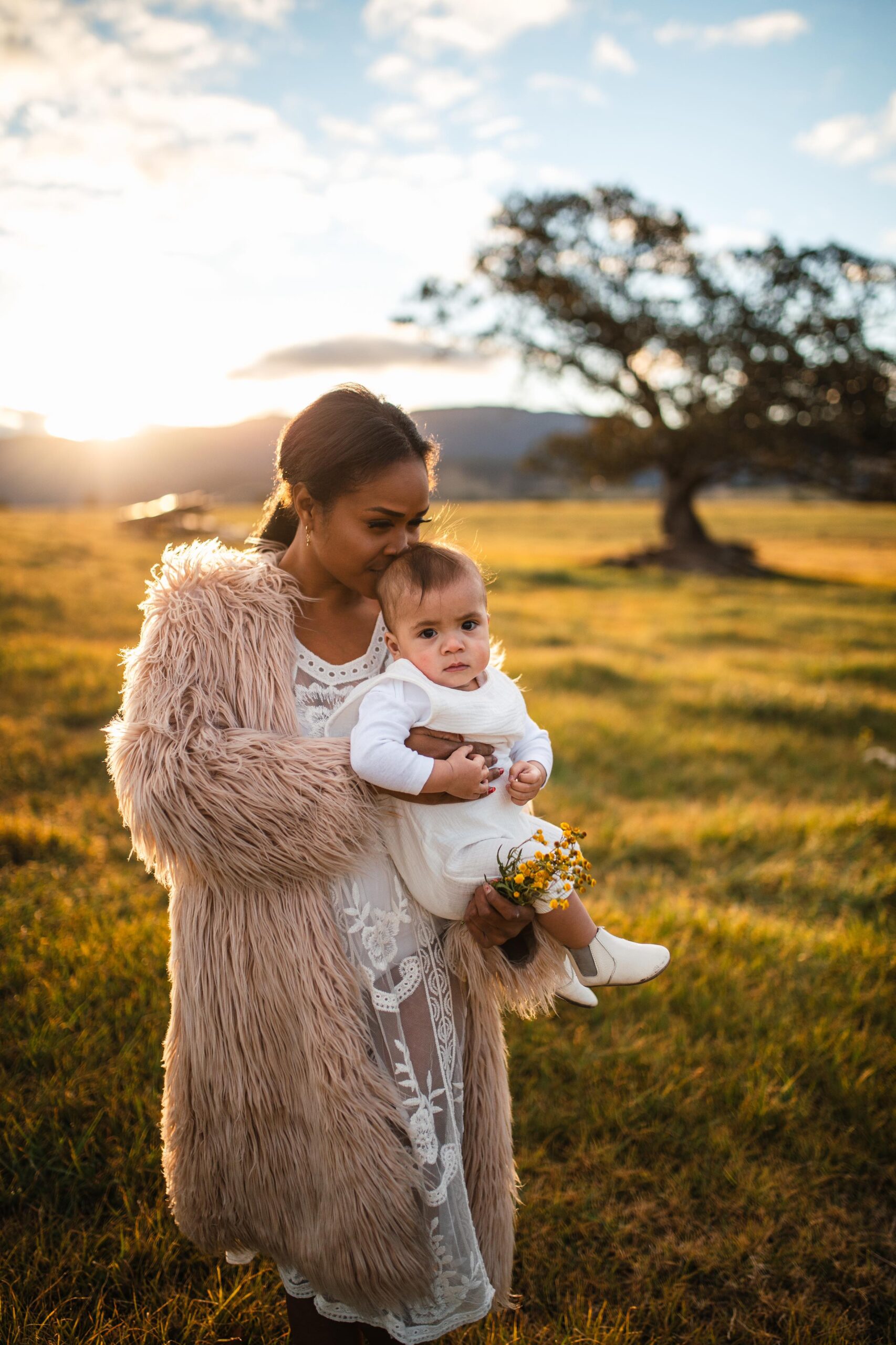 Before I became a mother, I gave very little thought to the future. I did not plan or prepare for anything more than the moment I was in. There seemed no point. Becoming Ezekiel’s mum has changed that. Now I look forward to the future with a sense of joy and anticipation. It is no longer about my future, but our future. I want to see Ezekiel grow up to be the amazing young man that I know he will be. I want to go to his wedding and meet his children.

When I found out that I was pregnant I contacted my birth mother and let her know. When Ezekiel was born I sent her pictures of him. She was polite but still distant. Although I had spent a lot of time processing the pain of my past I still longed to be publicly acknowledged and accepted by her. I lived in the tension between hoping for a better relationship but learning to be at peace without it. On 29 February 2020, I received a short text message from my birth mother. It simply said, “I have told my husband everything about us, all that happened. I thank God that he said, ‘you are welcome home.’” 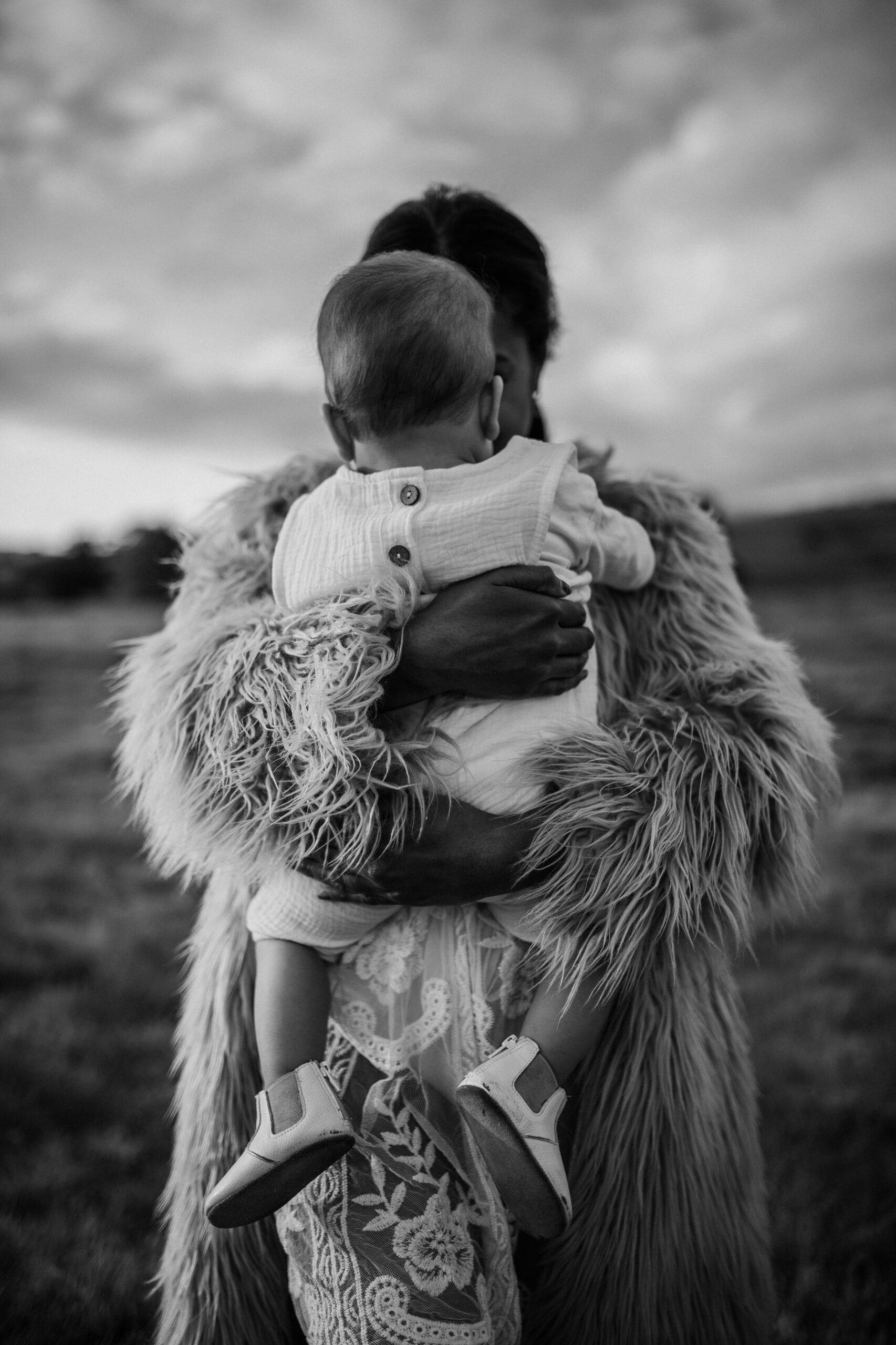 What a relief. I felt an enormous weight lift off me. After 34 years I was finally acknowledged, accepted and welcomed by my birth mother and her family. God is so good. I know the road ahead of me is still filled with challenges but I also know firsthand that the faithfulness of God is always greater than any challenge I will face.

Ezekiel and I are living proof of that. 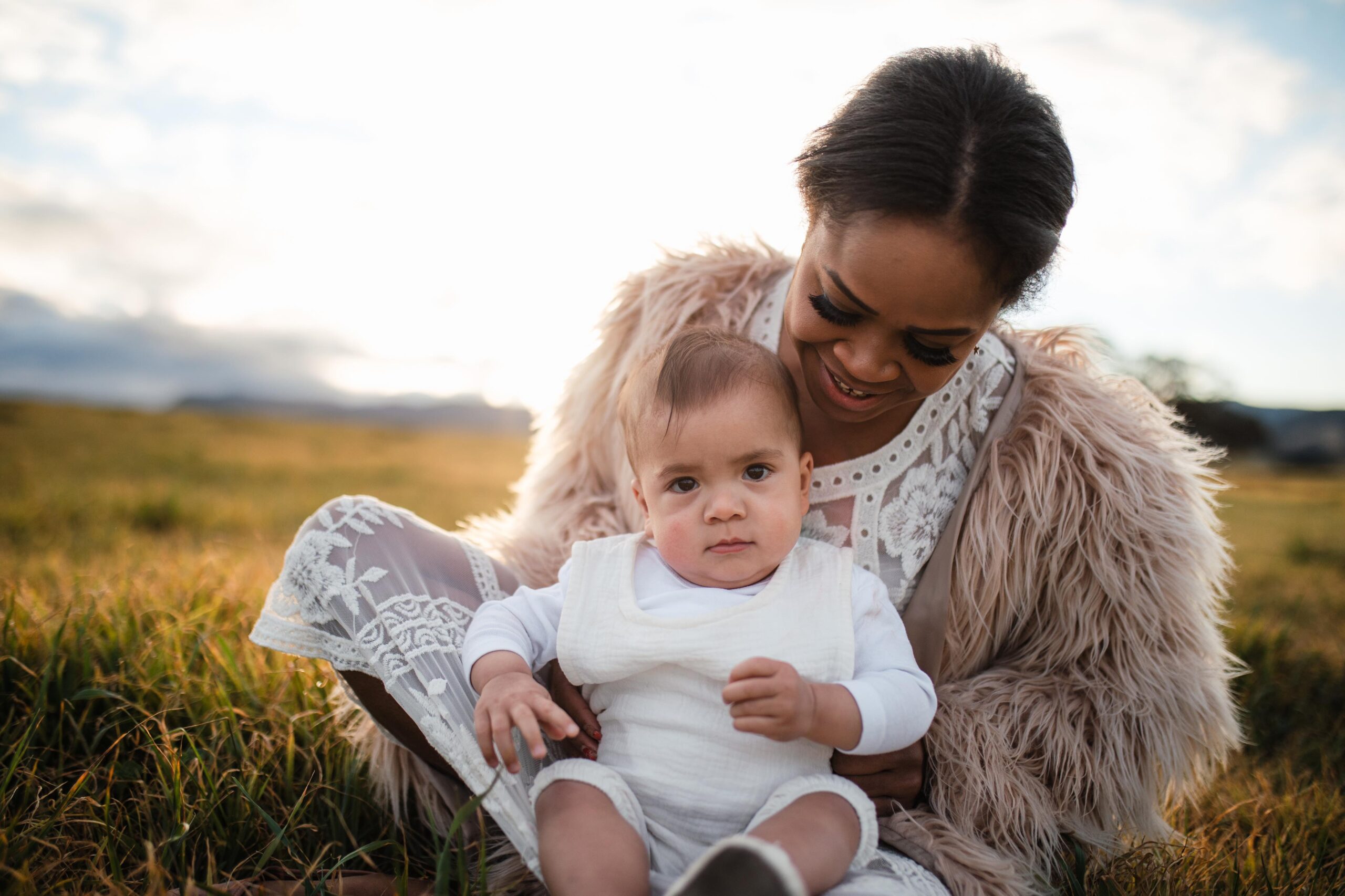 “Afflicted city, lashed by storms and not comforted,
I will rebuild you with stones of turquoise,
your foundations with lapis lazuli.
12 I will make your battlements of rubies,
your gates of sparkling jewels,
and all your walls of precious stones.
13 All your children will be taught by the Lord,
and great will be their peace.