Susan’s Story – If the Truth Sets You Free, Why Am I Stuck in Lies?

A lie can travel halfway around the world while the truth is putting on its shoes.

The bathroom floor was cold and felt damp beneath me as I slumped over the toilet. The house was bursting with guests. Relatives from overseas had come for a holiday, and my new husband and I were living in Hong Kong, which meant high rent and tight quarters. With space made for guests, the only place I could go to be alone was the bathroom. I gently pulled the lid of the toilet down, cushioned my head in the crook of my arm, and sobbed.

We had just celebrated the perfect wedding, which is still talked about to this day. To those who knew us, we were a vibrant couple who seemed to have it all. We had great careers and took extraordinary holidays. Life seemed as if it was dusted with magic. But draped over the toilet in the dark I curled in sadness. The pains of heartache, broken promises, and shattered dreams over came me, and we were not even a year into our marriage. The pain was real, and this was my truth.

We were living in lies, sweeping our problems under the carpet, and blazing forward with life. The hidden secret of our pain was crippling, but it stemmed from things we had brought into our marriage—the things that had not been dealt with: poor choices, addictions, and so much more. Like many, we lived a lie and believed if anyone knew our truth, pain, and what we were walking through, we would lose it all: friends, marriage, roles in church …it would all disappear. The scorn and sadly, the judgement seemed too much to bear. Living the lie seemed like the more viable answer. Bury it, keep it silent, live in pain, live life with a thin cover of gloss over it all, and you’re safe. The option to live free in our truth wasn’t an option.

I met Philip in 1990 while we were both living in Hong Kong. He had grown up there, and I had moved there from Canada after my father was appointed as a diplomat. Fresh-faced and ready to take the world by storm, I packed my suitcase, bid some hard farewells to those I loved and boarded my flight. Now, may I remind you that in 1990, Facebook was nearly two decades away, and Mark Zuckerberg was only six years old. There was, however, the trusty fax machine and exorbitant long-distance charges. My connectivity to home would be limited to weekly phone calls, daily faxes, and good old-fashioned letter writing.

Philip and I met at The Jockey, a British pub where I was working at the time. His friend was interested in me, and Phil came along as his wingman one night. I was instantly attracted to him. He was seemingly flawless with perfect skin, great teeth, and immaculate fashion. He was so well put together and well spoken. In fact, he had the most delicious English accent, which stemmed from his schooling in Hong Kong where he studied the Queen’s English. He had me at hello!

We got married, and like any couple, the dream was one of a happy union filled with fun, laughter, great adventures, and lots of sex. To put it simply, and to my shock, my married life was anything but the dream. At one point, I couldn’t stand Philip’s laugh or the thought of being intimate, and I’m sure he has felt the same. It was a rough and lonely place, and to be truly authentic, the cracks became evident shortly after our honeymoon.

In truth, we were living a lie. We were covered in stains from our past and plagued with challenges, addictions, and immaturity. We adopted the “fake-it-’til-you-make-it” idea and trudged our way through our everyday lives. I felt trapped, fighting and screaming for release, but my voice was silenced because I bought into the lie that we couldn’t let our truth out. We couldn’t share it because sometimes people don’t want to know. We would have been “those people.”

But truthfully, my biggest fear was losing my marriage and the man I had fallen deeply in love with. I was also scared my pride would crumble, and I would have to face the humiliation of failure—as a wife and lover. We had failed to address the messes in our individual lives before starting our life together. I look back now, and my heart breaks for those young kids who had no idea they’d spend the next twenty plus years crawling their way to a place of joy, truth, and vulnerability.

The years have been many, and I have wanted to give up many times when I felt I had seriously had enough. But as we have bravely lifted the lid off our “stuff” (and I promise you, there has been a lot), we have risen strong—together. We have allowed ourselves to be brave and broken. We looked at the mountain ahead of us, laced up our boots, and together we climbed— tear by tear and angry word by angry word. Naked, we chose to turn to the light, which burned away the garbage. We have found ourselves, and we stand in our truth.

It’s been hard; like life, it has been filled with both light and shadow. But it’s been so worth it, and through it all, both of us have kept at least one foot pointing toward each other. For that, I’m filled with gratitude.

In Silence We Find Truth: The Transformation

What does light look like? For us, it finally came in the form of silence, quiet, meditation, and a deep desire to connect with ourselves and one another in a way that we’d never experienced. We turned to God, but not in the hand-raising, happy-clappy, begging-prayer way that we had practiced for most of our lives. Rather, we sat quietly in the presence of God—in the presence of love. We became still and silent, so that we could hear and be rather than talk and do. We asked ourselves, ‘What had talking really done for us? What had doing and striving done?’ Nothing. It was time to change strategies and try something outside of our normal.

We also had a great community around us. We took stock of the friends we had, set boundaries, made changes, and embraced the community that walked with us. We also had professional help from Paul, our very skilled therapist who has seen and heard the worst and best of us. For those of you who hesitate at the thought of therapy, I strongly urge you to reconsider. If you had cancer, you would see an oncologist. God gave us doctors as a gift. For us, seeing Paul has been one of the wisest decisions we have made in the past twenty-plus years together.

Throughout our trials, we’ve surprised ourselves with how strong we are—as a couple and as individuals. As for myself, I’ve heard it said that you don’t really know strength until you meet a woman who has rebuilt herself, which is something I have come to know and believe without a shadow of a doubt. Through our pain, hurt, and sadness, we’ve found and discovered us. We love deeper, we trust in new ways, and we see life through a more beautiful lens—a lens that allows us to see God within each other, and in that we find healing in surprising places. We are peeled back, raw and exposed, and it’s in that truth that we inhale and exhale. I know through my own lived experience that when our truth is out, we can walk through anything. 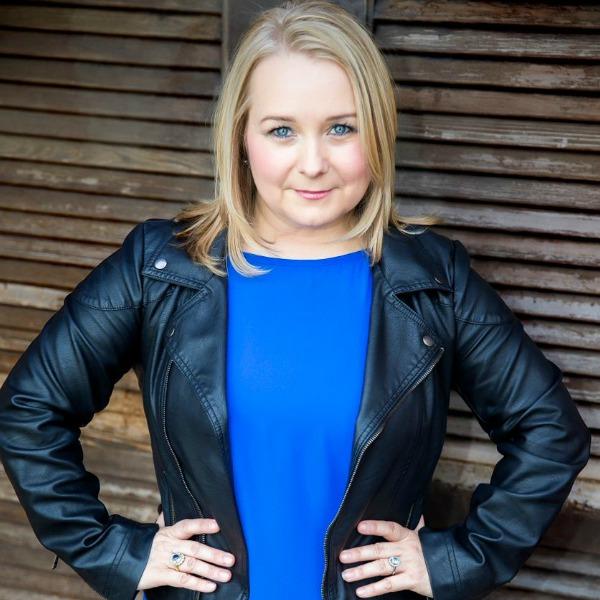 Susan J. Sohn is a community builder, speaker, writer, retreat facilitator, and online/social media entrepreneur. She is best described as raw, honest, disarming, and immediately relatable. Susan has the ability to gather people and create rich community. Her table is a place where everyone is welcome, everyone has a voice, and everyone is heard. Susan sees beauty and possibility in the lives of everyone she meets. She currently resides near Sydney, Australia with her husband, Philip, and their children, Sophia, Gabriel, and Ella. Learn more about Susan at www.getreallive.com