Norma’s Story – Out of the Ruins

I was 14 years old when my father left. I came home from school to see my mother stirring a saucepan of gravy at the stove. When I asked her ‘where’s dad?’ she simply said ‘he’s gone’. When I asked why she replied ‘because we don’t get on anymore’ and kept stirring the gravy. I ran out of the house crying and went to my friend’s house. I was so upset.

I didn’t have a relationship with my father again for 10 years.

Ours had not been a happy home. As a child I craved love and affection but neither of my parents seemed capable of giving it. My father was emotionally and physically absent for much of my childhood and although my mother did her best to make a home for my older siblings and I, she was neither encouraging nor nurturing. I realise now it wasn’t fair, but as a 14-year-old girl I laid the blame for my fathers departure squarely on my mothers shoulders. It was her fault and I hated her for it.

I had already begun to push the boundaries at home and after my dad left things went from bad to worse. Over the next few years I began drinking, staying out late and partying. One of my friends and I also became heavily involved in the occult. We had regular séances, used tarot cards, read tea-leaves and explored numerology. I was very open to the spiritual world and saw some incredibly scary things that left me both terrified and fascinated.

By the time I was 16 life at home had deteriorated so much that my mum threw me out. I went to live with my boyfriend and his parents for the next few months but eventually moved back home with my mum. The atmosphere at home was toxic but it was a roof over my head. After I left school I got a job in retail. This was purely a means to pay for cigarettes and alcohol. There was a growing sense of restlessness on the inside of me and when I was 21 years old I left home to travel around Australia. For the next five years I lived in tents, caravans, farms and mansions as I traversed every state in Australia except Tasmania. I had always been a hard worker and had no problem finding a job whether it was as a bar maid, in retail or managing a caravan park.

It was while I was managing a caravan park in Alice Springs that I met the man who would change my life forever. Darren was a friend of the two guys that I shared a house with. He was also their drug supplier.  It’s been said that ‘a friend with weed is a friend indeed’ and that was certainly the case with Darren. He was charming, attentive, and good looking and had a ready supply of drugs. I knew that alcohol was destroying my kidneys and I easily made the switch from drinking to smoking pot. It did not take too long for Darren and I to develop a romantic relationship that was intense, exciting and drug fuelled. For the first few years that we were together I was permanently stoned. The first thing I did each morning was smoke a bong followed by a cigarette. I was smoking a packet of cigarettes a day plus at least two or three sessions of pot.

We decided to move to Adelaide to begin a more settled life and it was at this time that I found out I was pregnant. By now, another side of Darren had also emerged. Although he was often charming and thoughtful he was prone to violent outbursts of anger and irrational mood swings. He had also begun to hit me. I would do my best to hide the bruises and had an explanation for my black eye. I knew it wasn’t right for him to treat me this way but I lived with this relentless sense of hope that he would change and things would get better. When I was seven months pregnant he knocked me to the ground. On one occasion my life was only spared because a policeman interrupted Darren as he had me pinned down on the bed with his hands around my throat.

I knew I needed to do something.

I had always been a ‘spiritual person’ and although church and God had not been a part of my childhood I knew I had to find God. I began visiting churches to try and find the peace and answers that I had been so desperately looking for my whole life. It was not until our baby son was 18 months old that I finally met Jesus. My relationship with Darren had not improved and I had mustered up the courage to leave him and move home to my mother’s house in NSW. It was while I was there that I met an old friend. She had recently become a Christian and when she shared with me about her relationship with God I knew I needed what she had. I gave my heart to God in her living room.

A few days later Darren arrived on my doorstep begging me to give our relationship another chance. He relocated to NSW as I had told him I was not going back to South Australia. For the next six months we lived apart and began to rebuild our relationship. He was very open to the gospel and behaved like the perfect gentleman. Shortly after coming to NSW he too became a Christian. Life was finally improving; I gave up drugs, (the cigarettes took a while longer), we were both committed to attending church and in 1990 we decided to get married. Over the next five years we had another two children, a daughter and a son.

To the outside world we looked like the perfect family. Darren and I became Bible Study leaders in our local church and were seriously considering becoming missionaries in Vanuatu. Sadly, the abuse and violence began to resurface. We went to counselling but our marriage was like living in hell. I was trapped in a cycle of guilt, shame and false hope.

I was slowly beginning to realise that although Darren’s love for God was real, he was also in the grip of a mental illness that led to behaviour that was psychologically cruel, physically violent and at times life threatening.

The police were called on several occasions and eventually took out an Apprehended Violence Order (AVO) on my behalf. There would be another two to follow. I was tormented by feelings of guilt and failure. I knew that God did not approve of divorce so I believed that the salvation of this marriage was up to me. It was my responsibility to fix it, my fault if it could not be fixed. I was trapped in a web of lies, half-truths and fear. I cried, prayed and begged God to change Darren yet he seemed to get worse. My prayers changed from asking God to change Darren to asking God to change me. I did my best to be dutiful, submissive and non confrontational but it didn’t seem to make any difference. Life was unbearable.

We separated the day before our tenth wedding anniversary. Darren continually breached the AVO, and I let him. I told myself that it was for the sake of the children, so they could have some semblance of relationship with their dad. I finally realised that the marriage breakdown, the abuse, the psychological torment, none of them were my fault. I told Darren that the marriage was over and that I wanted a divorce.

He did not deal with this news very well. Our children bore the brunt of his emotional manipulation and threats. One time after visiting the children he stood at the door sobbing, threatening to end his life if I didn’t take him back. All three of our children began to cry, they threw their arms around him and begged him not to kill himself. It was one of the cruellest and most damaging things I have ever witnessed. I determined in that moment, that I would not let him do that to our children again.

It has been 13 years since my divorce and the journey towards healing, forgiveness and freedom has been challenging. For a long time I struggled with the lingering thought that God was disappointed with me for not staying in the marriage. It took many years for me to have a deep revelation of God’s grace and unconditional love but now I know he loves me – full stop; there is no if or but. I have also been diligent about dealing with many of the mindsets that developed during those years. God’s word is now my anchor and authority, not the voices of guilt and shame.

Towards the end of my marriage I attended a workshop on Domestic Violence. Not only was it an eye opening experience for me – I realised that I was not the only one – but it also introduced me to the world of social welfare and counselling. I am now a qualified Residential Support Worker, working with young adults who are living with drug and alcohol addiction and mental health challenges. I have been working with these people for the last three years and I love it. I know that my own journey has given me wisdom, empathy and compassion, which enable me to bring genuine help to these troubled young people. 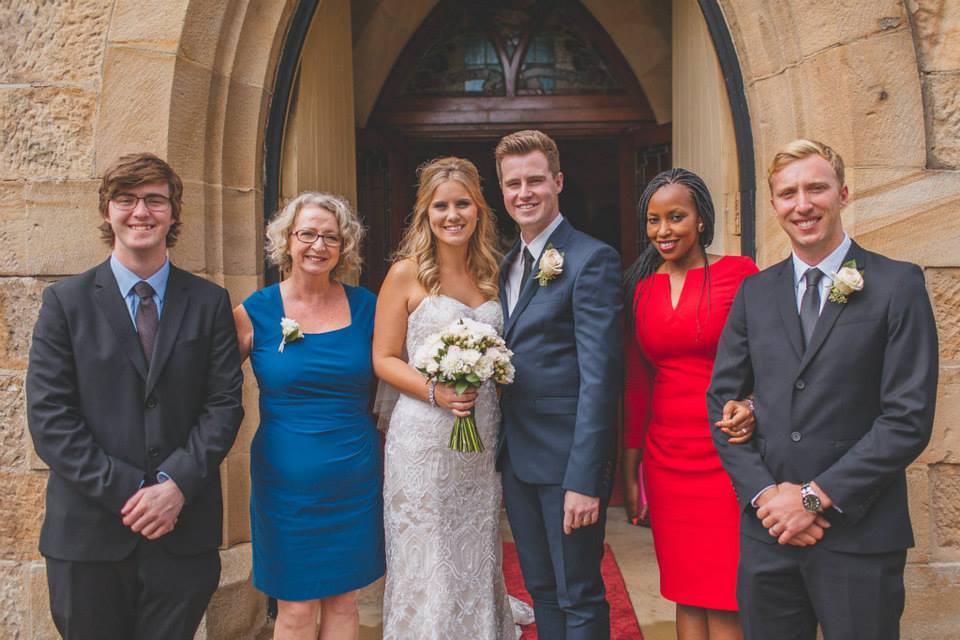 I am so grateful to God for his faithfulness in my life. All three of my children are thriving, two are married and I am now a proud grandparent as well. As God brought healing into my life I also experienced restoration in my relationship with my mother. She passed away in 2016 but we had made our peace and she committed her life to God before she died. For so many years I was ashamed of my story, I could never imagine sharing it with anyone. I now know that my story is about much more than drugs, abuse or rejection. My story is one of joy, freedom, grace and restoration. When I gave my heart to Jesus I found out what real life is!

God’s grace and freedom are not a theory to me. I am a living witness to the fact that God can make broken things whole again and that beauty can rise out of the ashes. 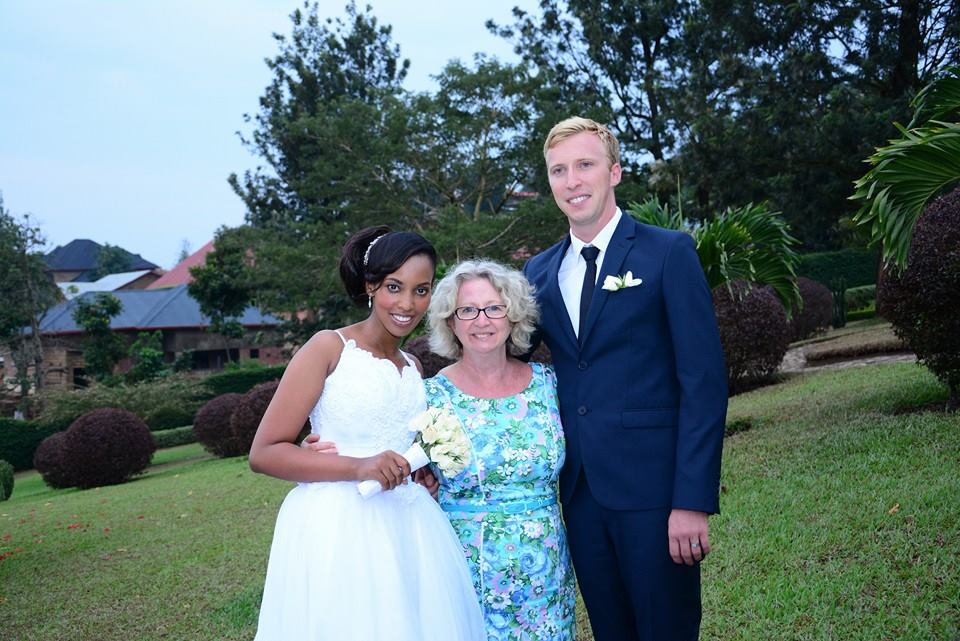 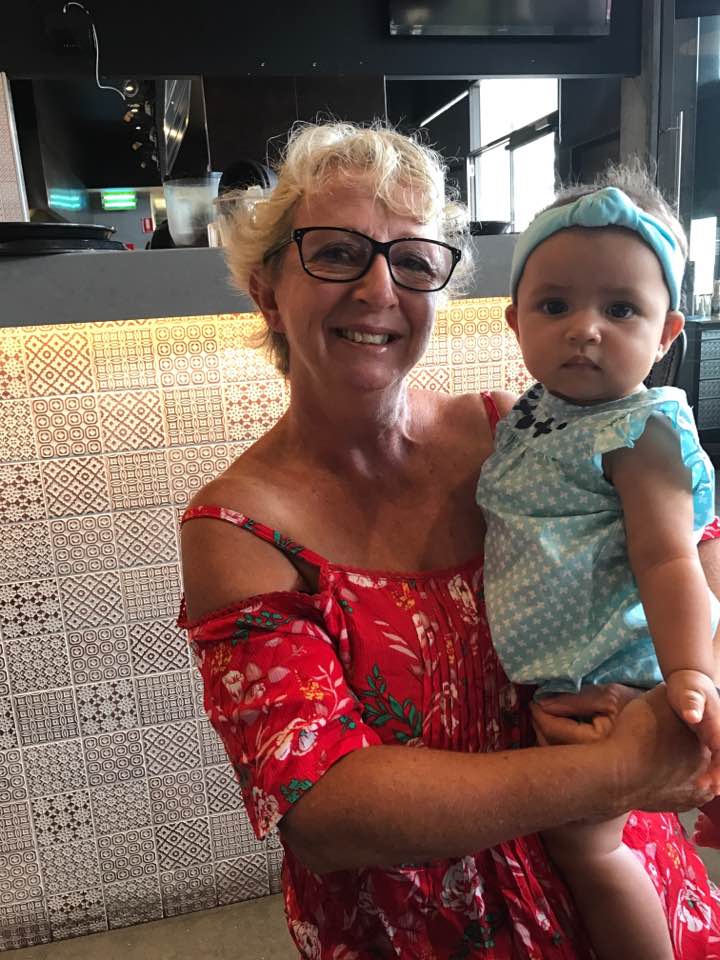