Next PostDon’s Story – The Good Farmer

This is Real Love – Caroline’s Story

I grew up with a brother and sister on a farm in country New South Wales. It was a very simple life. We lived off the land. My dad had been a shearer but after we were born he got a job at the local timber mill and mum stayed at home to raise us. My mum didn’t have much of an education and never learned to drive a car.

Although we didn’t have much, country living was great fun. I was a happy go lucky kid but as I grew older, things changed. When I was a teenager my brother, who was four years older than me, raped me. I was so ashamed. I didn’t know what to do with the feelings of fear and pain that closed in on me. I became very withdrawn and socially awkward.

I had no sense of my own value and began having sex with any boy who said he liked me.

I married young. We had two beautiful children but I was overwhelmed with shame and insecurity. My first husband was an angry and abusive man who drank too much and I was unfaithful to him many times. After 15 years of marriage I left. I took my children and moved to Canberra. My children finished their schooling there, got jobs and began lives of their own. By the time they had grown up I met the man who would become my second husband.

He was a truck driver. After we were married we moved to a small rural town that had a timber mill. There was plenty of work for truck drivers and I got a job packing apples. I was very faithful to this husband but he wasn’t faithful to me. I struggled with his infidelity and I also began to have nightmares about what my brother had done to me. I felt lost, depressed and overwhelmed and began drinking too much. I began to see a Counsellor. She helped me a lot. Each time a memory resurfaced we would write it down and then burn it. It truly helped.

Meanwhile my marriage was falling apart.

My husband began telling me about the women he was sleeping with. My insecurity increased and his drinking got worse. He was gambling and so money became a source of even more tension. We argued a lot and he became very violent. 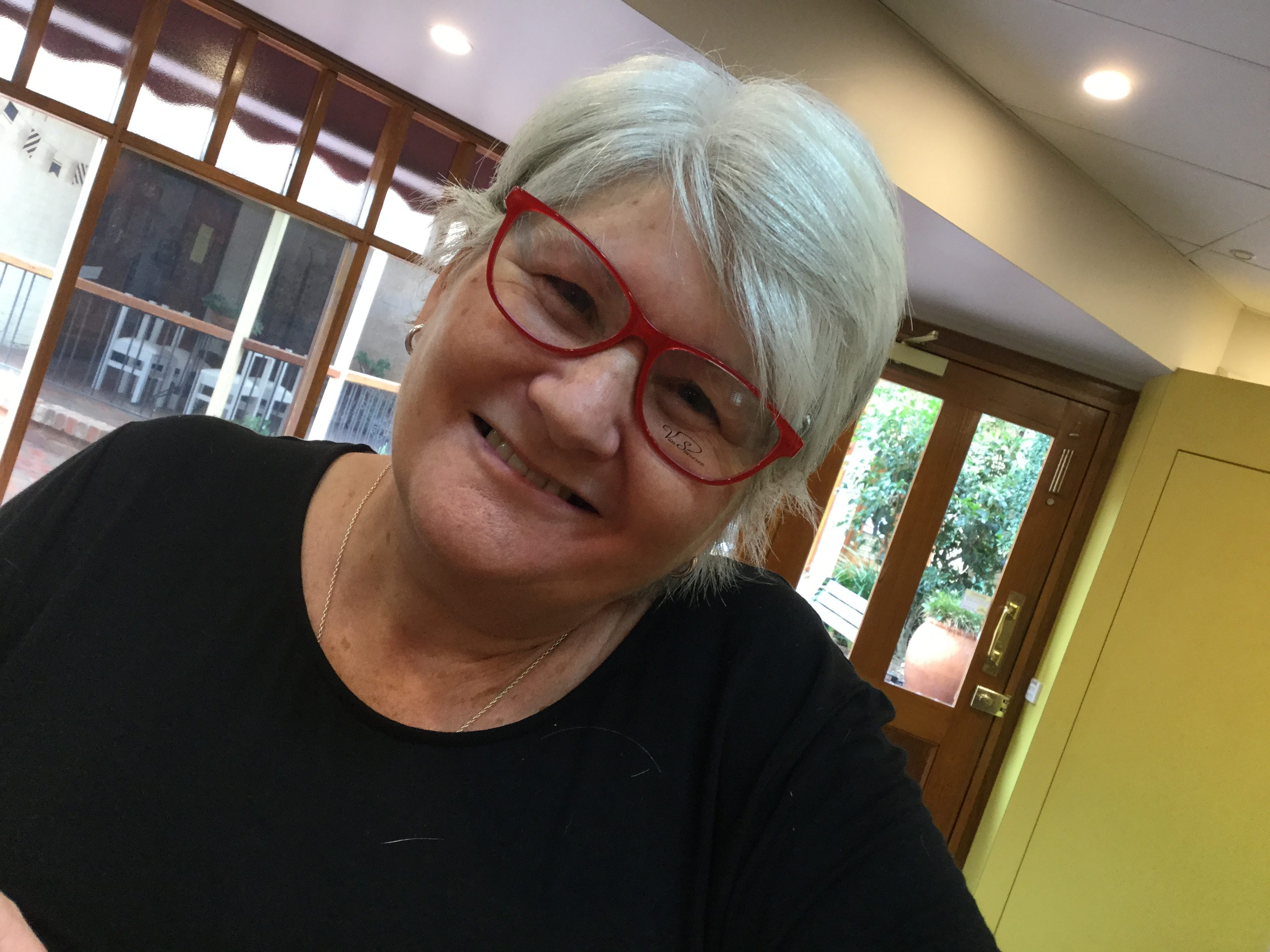 We moved into a house next door to a church. Over time I got to know the pastor. She was a lovely, kind person, I felt really comfortable with her. I asked her for help with all of the challenges I was going through. She suggested that I read the Bible but I told her I had never even owned a Bible, let alone read one. The next day she sent me a text message ‘Good morning beautiful, go check your mail box.’ There it was. OMGOODNESS, my very own Bible. I opened it and even though I could not understand the words I just held it and cried. A few weeks after that my husband came home from work in a very violent and abusive mood. He was so angry that the dogs ran and hid under the bed. There was so much emotion in his voice that it sounded like he was crying. ‘You can get out, I’ve had enough of you, there has to be something better than you.’

That was the end of my marriage.

With the help of the church I found a small unit in town. I still live there today with my dog. Sometime later Pastor Debbie invited me to church. She said, ‘Come to church, there is someone who wants to meet you.’ That Sunday I gave my life to Jesus. Six months later the words in my Bible changed and I could understand them. My Pastor was the only one that believed me that the words had changed.

Even though I had become a Christian I was still in a very dark place. I had chronic back pain, depression and struggled to sleep. Some days it was only my dog that got me out of bed in the morning.

But God didn’t allow me to fall into the dark hole, as tempting as it was.

One Sunday while I was at church, I had a vision. I was standing on a bush road, with my ex-husband next to our four-wheel drive. A very thick fog came over us and separated me from him. I couldn’t see him anymore. I became afraid but then I felt a strong hand take mine and a voice saying, ‘Walk with me now.’ I burst into tears and when I shared what I had seen with the church, many of them started crying too. I was not as alone as I thought. 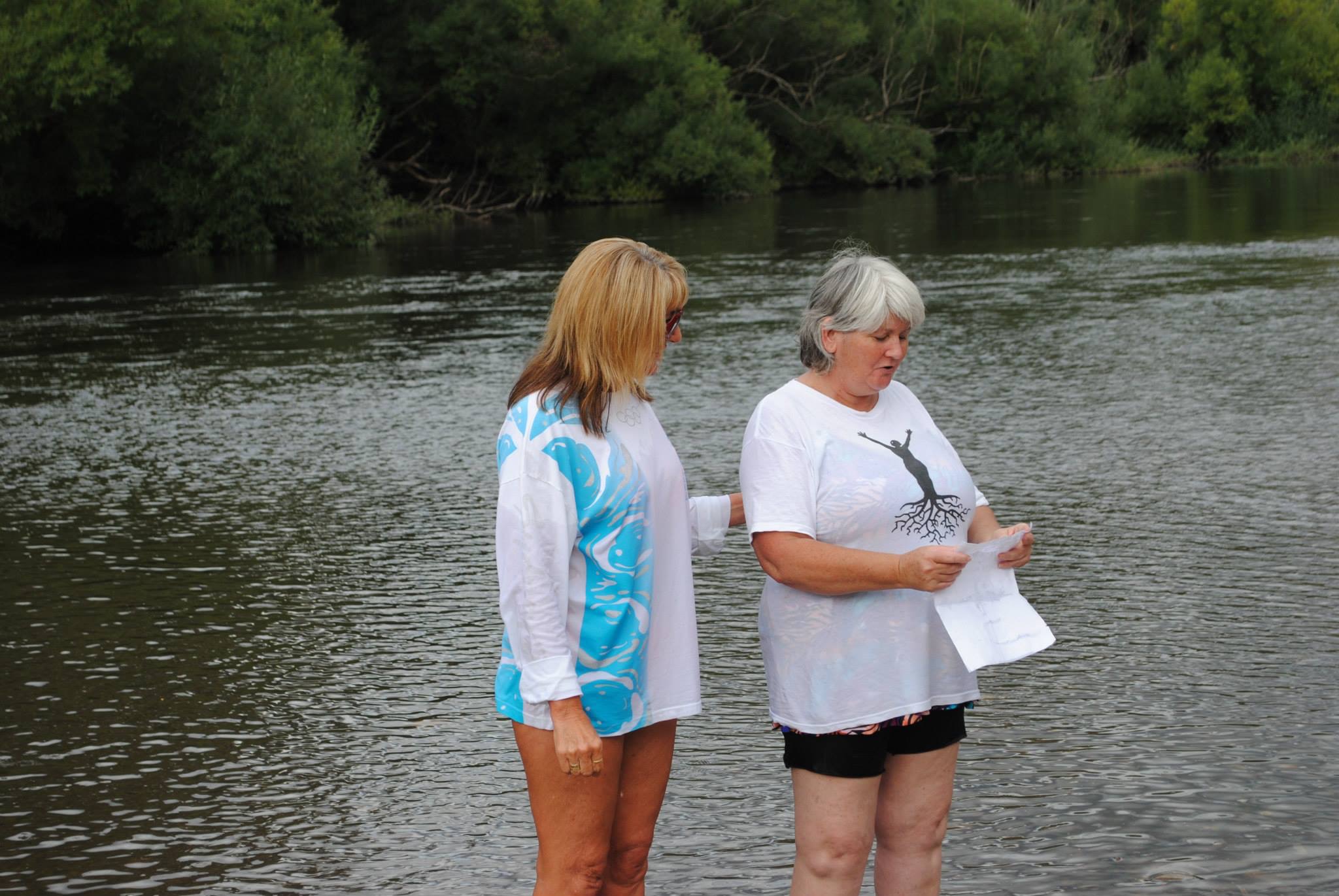 Understanding who God is and who He made me to be has been a gradual process. One year after I made the decision to become a Christian I got water baptised and also received the baptism of the Holy Spirit. Being a part of the church community has taught me how to value myself and others. When I first became part of the church every time one of the men opened the door for me or made me a cup of coffee I was moved to tears. Even though I am 60 years old I was not used to being treated with such respect and honour by men. 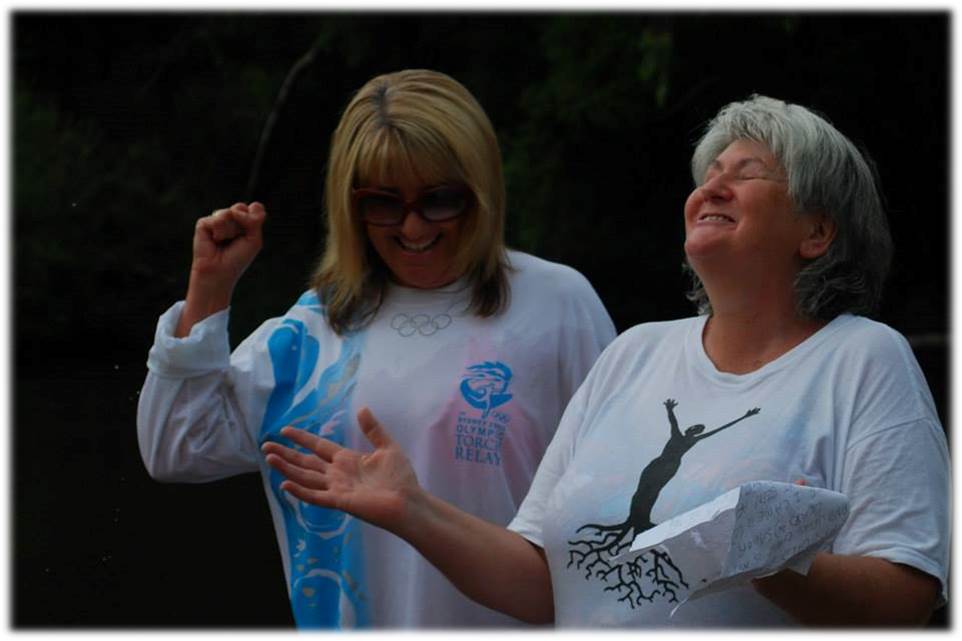 I have made some wonderful friends at church; friends who have helped me grow as a Christian and supported me through some very difficult times. A few months ago, I was experiencing awful back pain. It was so bad that I rang a friend from church and told her that I did not think I could live like this anymore. I was crippled in pain. She said that we should pray to God our Father and ask him to take the pain from my mind and soul. We did. I cried and also asked God to forgive me for not trusting in Him and for carrying so much unforgiveness in my heart. The following day I woke up and did some housework. I realised that I had no pain. I couldn’t believe it.

I still have no pain in my back. Now I am praying that God will heal the pain in my legs and knees.

Last month a memory from my childhood came into my mind. It was about a huge fight that I had had with my mother and father. They had accused me of being a slut. It was all connected to what my brother had done to me. There was so much anger and hate in that memory. I knew that God was telling me it was time to allow Him to bring healing to that area of trauma. I rang my Pastor and she said that I should look for where Jesus was in that memory. I did, but it wasn’t easy. I saw myself lying on my bed crying and then I saw Jesus. I looked at Him and felt calm and peace flood over me, it was such an amazing feeling of love. I’ve now forgiven my brother for what he did. I’ve also forgiven my ex-husband for the way he disrespected me. God reminded me that my ex-husband had been abused by his older cousin when he was young. I have no right to judge him.

My relationship with God has changed me. I have learned how to love, forgive and respect people, not judge them. I have learned that I am a beautiful, special daughter of God. I now know that He is always there for me and He never gets mad at me. I may be 60 years old but I’m finally learning what it feels like to be really loved. 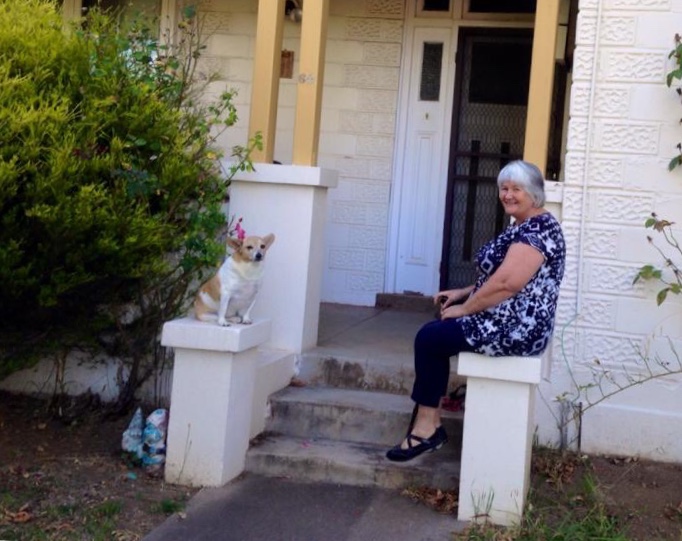