Called to be a Light Bearer – Mary’s Story

When I was 10 years old, my sisters and I were sent to live with my grandfather and his second wife, Nanna, for a couple of months, whilst my mother was in hospital. Nanna was the librarian at the local Catholic Primary School and so we became students there. Apart from the normal adjustments involved in changing schools, the move also meant that, for the first time, we were exposed to Roman Catholicism.

This proved to be quite an eye opening experience. My grandfather was an avowed atheist, Nanna was uncommitted and my sisters and I were faithful members of our local Anglican Church. Nobody had really prepared us for the mystery, ritual and intrigue of holy water, saints, full mass, confession, priests, nuns and the most captivating figure of them all, Mary. 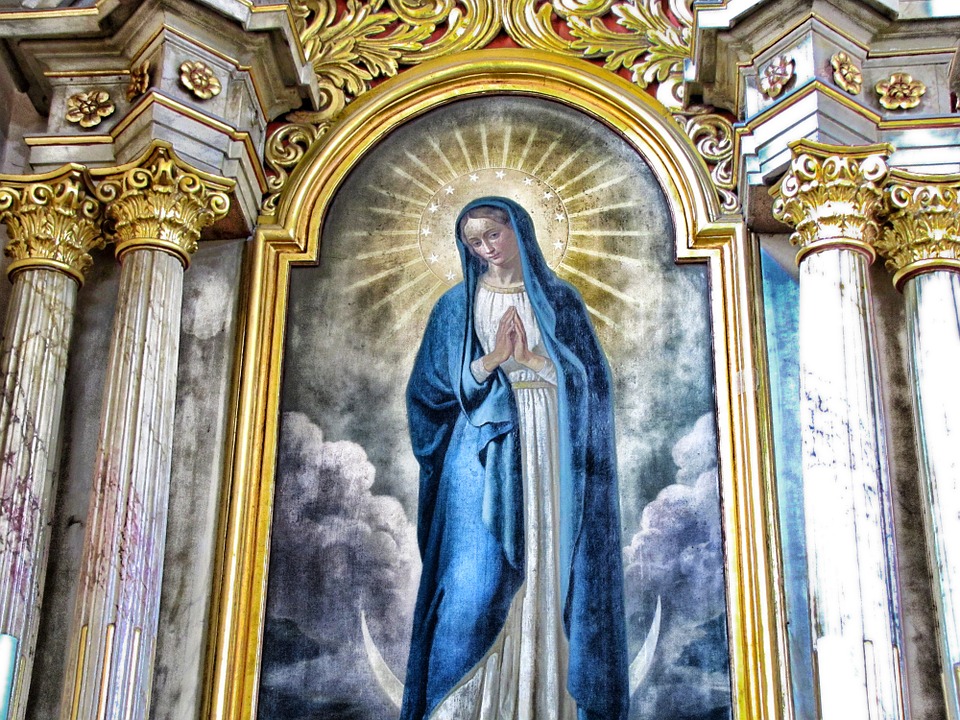 I still remember the first time I saw her. She was resplendent in blue and white robes, with a serene and benevolent smile on her face. Her head was slightly tilted to one side; she seemed to embody an otherworldly grace and gentleness. To my 10-year-old mind, she was Cinderella, Sleeping Beauty and Snow White all rolled into one saintly looking, life size, ceramic package. If only I could touch her, I wondered, would she share her secret powers with me? The fact that I was not a Catholic did present a problem however. I was not permitted to participate in the celebration of mass at school and my spiritually indifferent grandparents had no interest in entertaining my fantasies of Mary being the religious equivalent of a Disney princess. Mary remained an elusive but enchanting mystery.

Fast forward 35 years and my fascination with Mary had all but evaporated. I was a lay pastor in a protestant church and Mary was rarely mentioned outside of the obligatory Christmas pageant appearance. The general consensus seemed to be that the Roman Catholics had hijacked and then heretically deified the mother of God, so it was best we didn’t discuss her. But then it was my turn to prepare and preach the message on the Sunday immediately before Christmas Day. I just couldn’t get Mary out of my head.

The more I read the Christmas narrative recorded in Matthew and Luke, the more fascinated I became by the example of this incredible young woman. Her courage, obedience and faithfulness were inspiring. The magnitude of the challenge she faced was overwhelming. Her lack of qualifications and experience were breathtaking, yet her response was immediate and decisive. When asked if she would participate in the fulfilment of God’s greatest promise to humanity she said ‘Yes’! When given the opportunity to carry the physical presence of God into the world, she said ‘Yes’! When asked to submit in obedience through the power of the Holy Spirit, she said ‘Yes’! When faced with the social isolation and rejection that this challenge involved, she still said ‘Yes’!  She may have looked gentle and demure as a statue in the local Catholic Church but I was beginning to realise that this girl had far more to offer me as a role model than any of the Disney princesses of my day ever did!

Mary responded, ‘I am the Lord’s servant.
May everything you have said about me come true’.
Luke 1:38 NLT

It can be so easy to miss the depth and power in Mary’s story. Popular imagery generally depicts her as either gazing at a baby in a manger or weeping at the foot of a cross. Both of these images suggest a degree of passivity that is simply not accurate. She was an active, faithful and committed participant in the purposes of God. Although there is no indication that being the mother of God was part of her ‘vision board’ or five-year plan, when the opportunity presented itself, she embraced the stretch, in every sense of the word! An uneducated, unqualified young woman from a non-descript village in ancient Palestine was instrumental in the fulfilment of the greatest promise that God had made to mankind. She alone, of all the women in history, was given the responsibility and privilege of conceiving, carrying and raising the Son of God, Jesus Christ. She was not just an image bearer of God, she carried the life of God inside her and brought that life forth into the world.

The weight of that calling overwhelms me, for it is our calling too.

Although the time and place is different and the cultural context has radically changed, I believe that God is still asking each one of us to follow the example of Mary.

Will we give life and voice to what the Spirit of God has conceived inside us?
Will we risk being misunderstood and marginalised in order to see God’s promises brought to fulfilment?
Will we be faithful in the face of what we don’t understand?
Will we carry hope and light in spite of the fear and darkness that surrounds us?

This Christmas, as we are reminded of the arrival of Jesus on the earth, and all that represents, let’s also remember how he chose to arrive and through whom he chose to reveal himself. He did not arrive with the pomp and ceremony of a king or reveal himself first to the famous or esteemed.

The light of the world chose to shine into the world through the life of an everyday woman.

The divine dwells within the ordinary.
The mystery is revealed in the mundane.
The sacred is displayed in the midst of the humble.
The image bearer of God becomes the life carrier of God.

Here’s another way to put it: You’re here to be light, bringing out the God-colors in the world. God is not a secret to be kept. We’re going public with this, as public as a city on a hill. If I make you light-bearers, you don’t think I’m going to hide you under a bucket, do you? I’m putting you on a light stand. Now that I’ve put you there on a hilltop, on a light stand—shine! Keep open house; be generous with your lives. By opening up to others, you’ll prompt people to open up with God, this generous Father in heaven.