Next PostAm I Enough? – Gillians’ Story

I was born in Kurdistan, Iraq. Saddam Hussein, the president of Iraq, hated our people. He and his regime systematically tortured, persecuted, imprisoned and murdered thousands of Kurdish people in an attempt to exterminate us completely. Mass shootings, live burials and chemical attacks on cities and villages, he was brutal and merciless. My father was a journalist and musician at the time and began writing anti-Saddam songs and articles. He distributed them amongst the Kurdish community to keep their fighting spirit alive. His courage led to his imprisonment. When I was two years old my father was captured by Saddam Hussein’s regime and taken from us. He was tortured and held captive in unspeakable conditions.

For two years we did not know whether he was dead or alive. 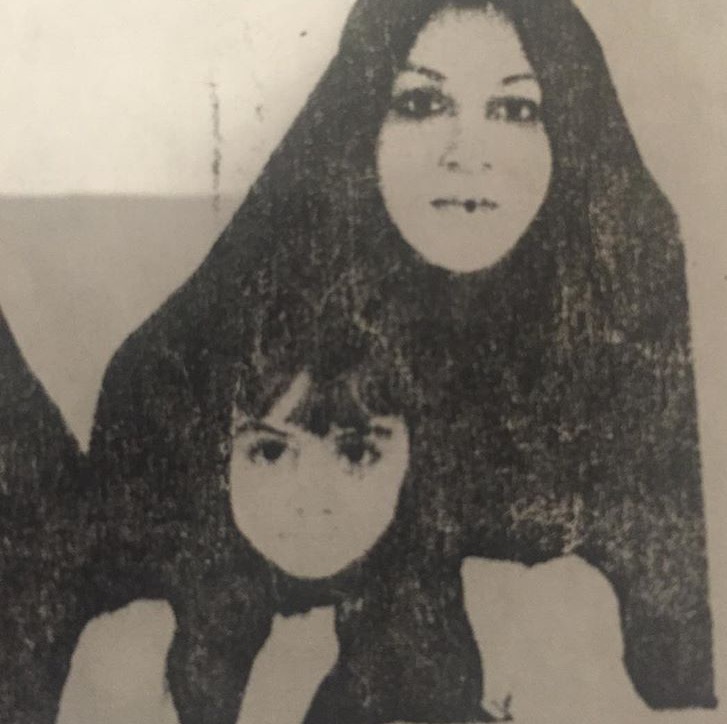 My mother always believed that he would return and, one night, he did. There was little time for celebration; he was one of only two prisoners who made it out of the prison alive. That same night he told us that we needed to leave our home in Iraq immediately. Everything that we knew, the life that our family had established, the family and friends that we loved, all were left behind.  After trekking for a few weeks through the mountains that marked the border between Iraq and Iran, we found safety in a United Nations Refugee Camp. Our family spent the next two years living in a tent and it was there that my younger brother was born. 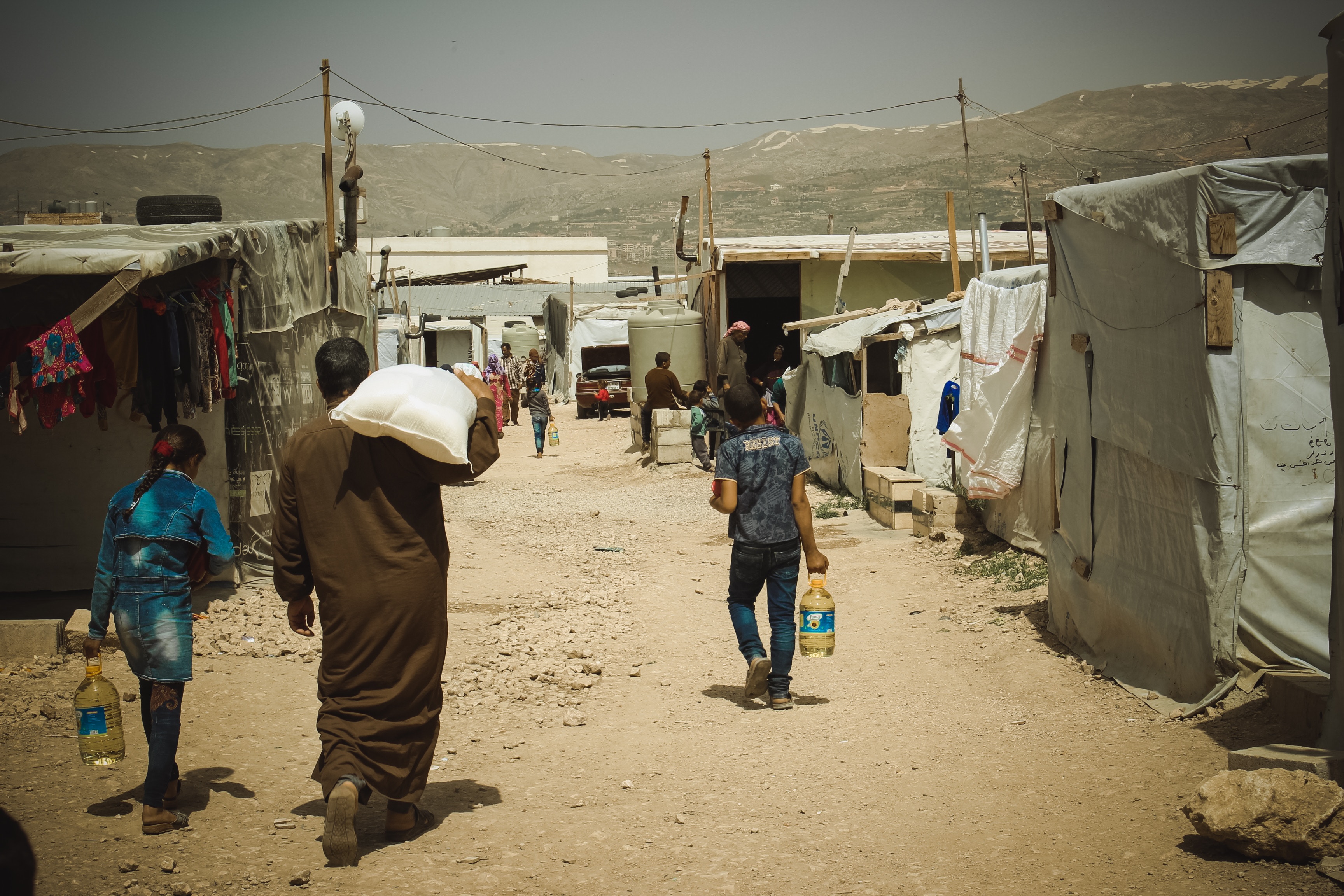 Eventually, our family was granted political asylum by the Australian government. We were excited about the opportunity to start a new life but we knew very little about where we were going and how very different our lives would be. One of the first things we did when we arrived in Australia was go to the Smith Family to pick out some second hand clothes. We literally had nothing to wear apart from what we were wearing when we landed in Sydney. I was enrolled in school but I couldn’t understand anything that was being said, so I was sent to English classes too. I was overwhelmed, so many new and strange sights, sounds and smells to take in. I also noticed that there were different types of churches lining the streets of our new community. They looked so different to the mosques that I was used to seeing in my homeland.

Little did I know that the faith journey that would change the direction of my life would begin in one of those very buildings.

I grew up in a strong Muslim family. Some of my relatives are Muslim scholars and leaders. As a child, I actively practiced the faith, including fasting and praying five times a day. I did not really know what I was doing when I was younger but I liked the idea of praying to a God that would listen and care about what I had to say. As I grew older, I became increasingly disconnected from my faith, as I struggled to find my own sense of identity. I hated that I looked different to everyone else. I hated that my name was impossible to pronounce. I hated that I had to answer the question, ‘were you born here?’ with a ‘No’. My hatred for my language would cause me to lie on every test I took at school; I would always tick ‘English is my only language.’ Hoping that somehow that that would make it true. I wanted to erase every part of my identity that made me different to everyone else. I wanted to erase the rich culture that I came from and did my best to forget the incredible but harrowing journey that had brought me to Australia. 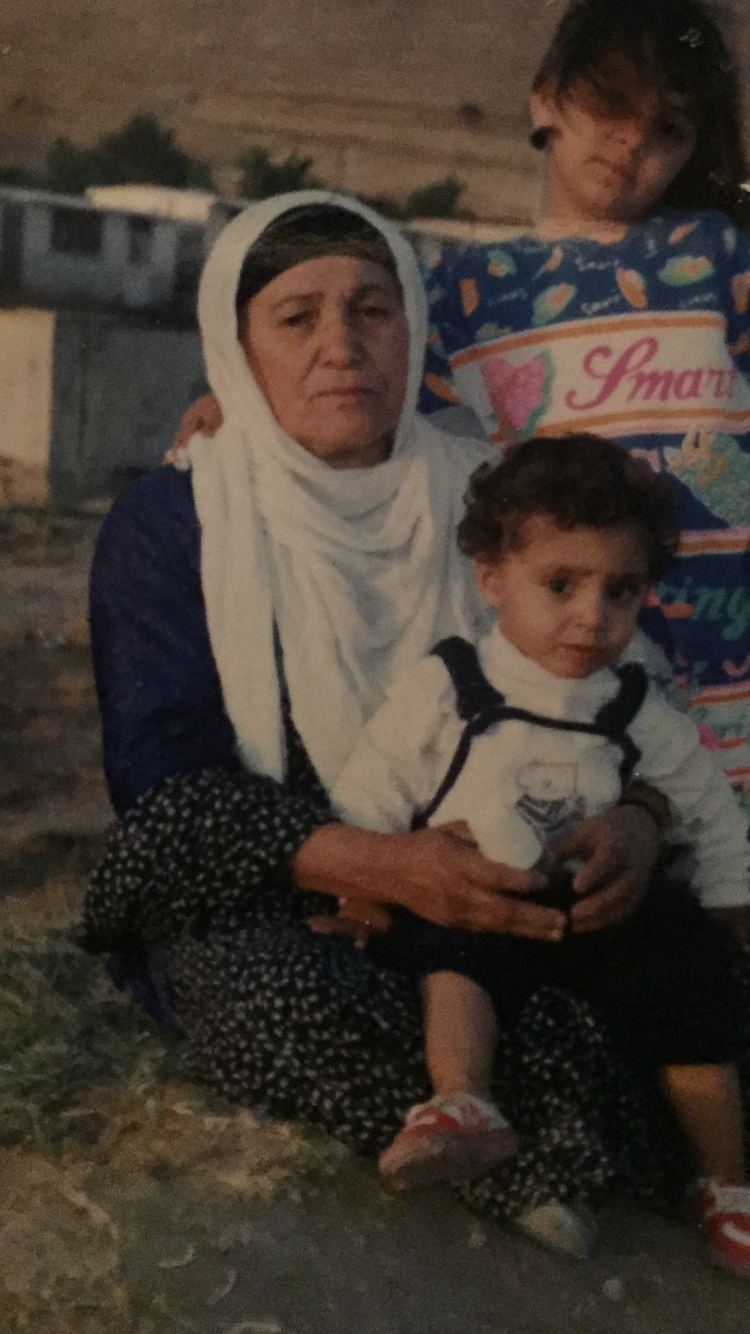 My teenage years were tough. I remember sitting in front of my mirror, eyes pressed tightly shut, hoping that, when I opened them, anybody but me would be staring back. I tried to wish away the darkness of my skin, the profile of my nose and the traces of home that my tongue still carried. I scrubbed my skin so hard it bled, hoping it would no longer look dirty. I watched television and tried my best to mimic the way the actors spoke, desperately trying to lose any trace of my Kurdish accent. I prayed to a God that I wasn’t sure I believed in, ‘please change my nose’. But nothing changed. No matter how hard I tried to be anybody but me the same questions remained unanswered. ‘Why do I look so different? Why wasn’t I born here? Why am I a refugee? Why did I survive when so many others didn’t?’

I may have escaped a war zone when I was a small child but now I lived in a constant state of war within my 15-year-old self.

I hurt myself with my words and my thoughts. I was academically bright but I became a bully as a futile way of trying to release my inner pain. My bullying behaviours often resulted in me being suspended from school or finding myself in the principal’s office. My shaky faith in God disappeared all together. Why would I pray five times a day to a God whose presence seemed so elusive? If God loved me so much, did He even care that I hadn’t heard the words, ‘I love you’ spoken to me in years?

I felt angry and alone and high school was certainly the last place that I expected to find answers to the battle going on inside me. But in 2010, when I was 16, I met two girls who changed the course of my life. They were twins and, although we were polar opposites, I was drawn to them. There was something about them and their life; I wasn’t sure what it was but I wanted it in my life too. For an entire year they relentlessly invited me to youth group. Eventually, I ran out of fake cousin’s birthdays as an excuse for not going. To be perfectly honest, I was a 16-year-old girl and when they showed me pictures of the cute boys at youth group, suddenly I was free that Friday night. It was risky. This was not my family’s faith and I was afraid of the backlash that would happen when they found out, but I had to go, I was desperate for anything that would bring me peace.

Towards the end of the night, a preacher got up and shared a message. He talked about God’s love. He said that each of us was ‘fearfully and wonderfully made’ and that God thinks we’re all beautiful. Nobody had ever called me beautiful. Nobody. He kept saying how immensely loved we are and I remember thinking ‘God loves me, too?’

That night I realised that from Iraq to Iran, to the little tent I used to call home in the Zagros Mountains, all the way to Sydney Australia, the peace and love of God had been pursuing me. It had been there all along, waiting for me to let it in. The war within did not have to keep raging. That night, I allowed God’s love to catch me. My life has not been the same since.

My conversion was radical and everyone noticed the difference. My demeanor, character and language all changed as I began to see myself the way that Jesus sees me. I was no longer the school bully. Instead, I was asked to lead the chapel services at school and was invited to become school captain. As I experienced the love of God I was able to share that love with others. My parents did not understand my decision to become a Christian. They were confused and did not speak to me for months. But even they could not deny that I was a transformed young woman. Over time their position softened and when I left school they agreed to pay for me to go to Bible College. (They paid for me to go to Bible College! This gives me goose bumps to this day) God’s faithfulness is beyond all understanding.

My journey has not been all smooth sailing. There have been times that I have been heartbroken. I have strayed and taken my eyes off Jesus, but God has yet to give up on a single soul. I know now that all I ever need to do is quiet my soul and listen out for the ‘I love you’s’. They are constant and never ceasing. His voice always leads me back onto the path of truth. I no longer pray to change who I am but rather for the courage to be exactly who I have been created to be. 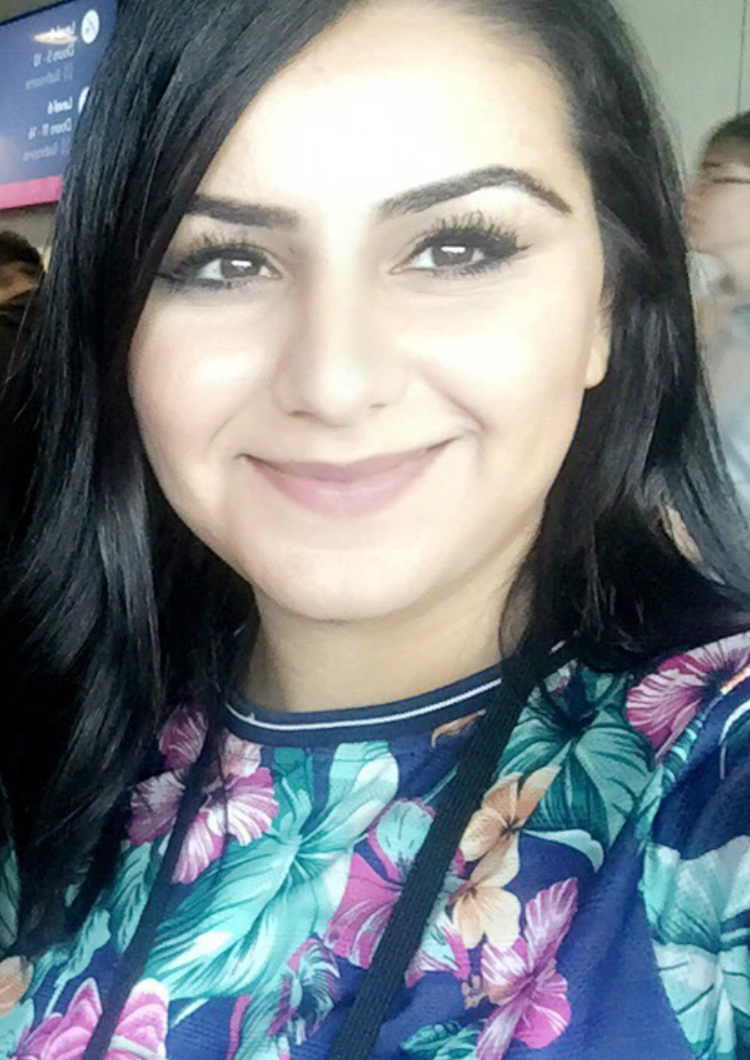 For so many years, refugee was a word I hid from; it brought me shame.

It made me feel as though I had done something wrong, that my survival was a burden rather than a triumph. It reminded me that wherever I was, I did not really belong. But when I met Jesus all of that changed! His wild, redemptive, all consuming love gave me the courage to honour my story. His love showed me the beauty of my skin, my name and my lineage. I realised that the nose that I prayed he would change, was actually a gift given to me by my mother and her mother’s mother, crafted by the very hands of God. It is the nose of Esther, Mary, Ruth and Rahab and was made specifically for me.

Rather than trying to run away from my story, to erase it or forget it, God has shown me how to embrace and celebrate who I am, to honour my whole life. That’s what Jesus does. He takes our shame and makes it a living story of grace.

My story is just one of many stories. There are more than 65 million refugees in the world today. Some of them are little girls just like I was, sitting in refugee camps, in tents they call home. Their lives are worth just as much as yours and mine. God loves them just as much as He loves you and I. They have yet to understand just how important they are, how outrageously God loves them, how relentlessly he will pursue them. But I know, and I will spend the rest of my life doing whatever it takes to share God’s love with them, telling them that what God did for me he can do for them, too.