The First Time I Saw His Face Was In A Dream

The first time I saw his face was in a dream.

For years I had wrestled with God about my desire for more children. My husband’s battle with cancer had left us with a legacy of infertility treatment, frustration and disappointment. There would be no more children for us. I had many conversations with God about it. Most of the time I complained and whined about the gross injustice of my situation but, very occasionally, I stopped talking long enough to listen. It was during one of these times that I heard God speak. It wasn’t an audible voice, but I heard his words just as clearly,

‘I have a little boy for you to care for. Would you like to meet him?’

And there he was in front of me. A little African boy, around four or five years old. He held my gaze for the longest time and then smiled. Almost immediately I sensed God ask me, ‘What will you name him?’  Without hesitating I replied, ‘Joseph, his name is Joseph.’

To be honest, as much as I felt a twinge of excitement, I had little hope that this dream would become reality. Logic told me that there were countless reasons why Joseph, if indeed he even existed in real life, would never be a part of our family. But I was encouraged by the fact that God had heard me and spoken to me and so I tucked the memory of Joseph’s face away in my heart but didn’t speak of him again.

The next time I saw his face was in a photograph.

More than a few years passed and I had not given much thought to the little boy of my dream but, in August 2011, the memory came rushing back. I had returned home after a full day of work to see my husband, Gary, engrossed in paperwork. As he updated me on the day’s activities, he mentioned that we had received a newsletter from a child sponsorship organisation that we supported in Uganda.

‘They have two children that are in desperate need of sponsoring’, he said. ‘I know we would normally talk this through together but I really felt like I should respond immediately, so I said we would take them. Would you like to read about them?’

Gary handed me a copy of the newsletter. The first child was a sweet, little girl named Michelle. Her father had recently died and her mother, a subsistence farmer, was struggling to care for Michelle and her siblings. The second child was a little boy. As I read his story, I wept.

Mubiru’s parents separated when he was very young. Neither of them was interested in caring for him and so, eventually, he was sent to live with his paternal grandmother. For reasons unknown, his grandmother treated him with contempt. By the time he was 12 years old he had been repeatedly beaten, starved and neglected, to the point that he was close to death. Mubiru’s grandmother had locked him in a metal box, waiting for him to die. When others in the village became aware of what was happening, they contacted Mubiru’s father. His father came and took him to Mulago hospital in Kampala. When the full extent of Mubiru’s injuries was discovered, the police were contacted and his father was sent to prison.

Abandoned at the hospital, Mubiru, who was unable to walk, speak, feed or toilet himself was brought to the attention of COME Uganda’s Hospital team. One of their volunteers, Mabel , made it her mission to feed, bathe, pray and love Mubiru back to life. Over the next three years she nursed him through more than 10 surgeries and months of rehabilitation. As his health improved and he became more mobile, Mabel and the COME Uganda team were determined that Mubiru should have the opportunity to attend school for the first time in years. He was 15 years old. His profile was placed in the COME Uganda newsletter and, thousands of miles away in Australia, his story captured the heart of my husband, Gary.

Our newest ‘sponsor son’ was named Mubiru Lwasa; but his English name was Joseph.

I couldn’t believe it. Through tears, I shared with Gary the dream that God had given me almost three years prior. Not only was Joseph real, he was now in our care, just as God had said he would be. I was overwhelmed.

Over the next few years we got to know Joseph a little better through letters, cards and the occasional photograph. We were blessed to be able to finance some additional surgery to improve his quality of life but more than anything, my mother’s heart longed to meet him, to see with my own eyes the boy that God had first shown me in a dream.

Our family arrived at the COME Uganda compound in Lugala, a suburb of Kampala, Uganda late Saturday evening. We had been travelling throughout Africa for a couple of weeks and seen many incredible things but, for me, this was the real reason we had come to Africa. On Sunday, we would meet Joseph for the first time. After a quick breakfast we walked across the compound to where church was held. The magnificent sound of African voices worshipping in perfect harmony filled the air.  We walked inside and there he was. 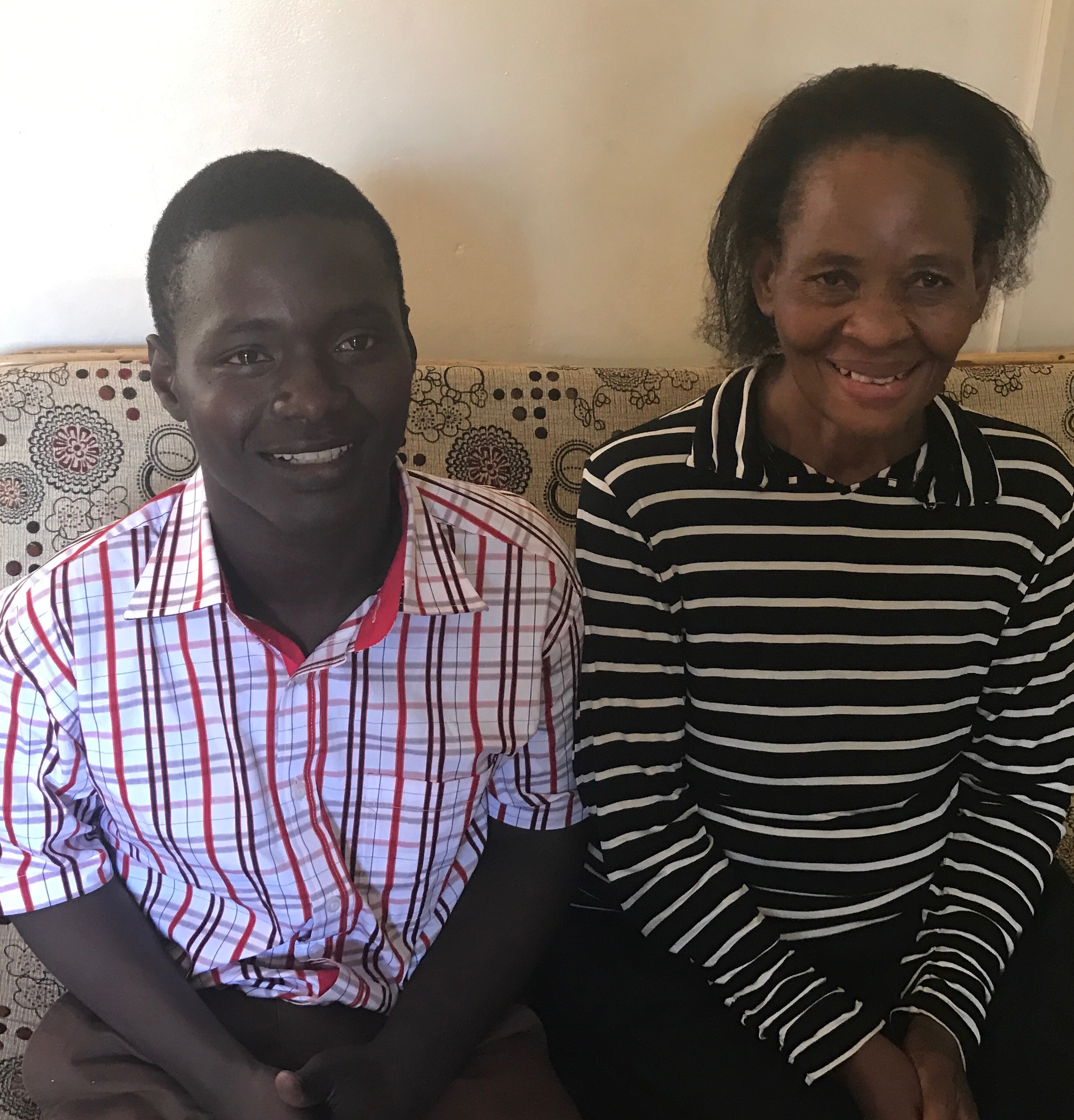 Joseph stood in the front row of the church. His twisted legs were supported by a walking stick but his free hand was raised in worship and the smile on his face radiated pure joy. Gary and I introduced ourselves to Joseph, as I did my best to hold my emotions in check. He responded with a shy smile and a quiet ‘hello’, as I put my arm around his shoulder and hugged him. It is a moment I will never forget.

As we all took our seats for the next part of the service I struggled to process the reality of what was happening. I had anticipated this day for such a long time. As wonderful as it was to finally meet Joseph, the reality of his disfigurement and disability was also confronting. I felt angry, outraged at what had been done to him by those who should have protected him, but also sad and confused. ‘God, I don’t understand how you could have let this happen to him.’ 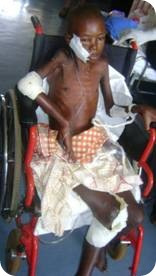 The next part of the service was a time of testimony. A number of people came to the front of the church to share about answered prayers and victories in their life. The last person to share their testimony of praise was an older woman, obviously frail and shaky on her feet. As she began to speak, I knew immediately who she was. It was Mabel. The woman, who had first found Joseph in the hospital and who, for the last seven years, had cared for him as if he were her own son. She may have been frail in body but her voice was bold and strong.

Mabel stood before the congregation and declared the faithfulness of God. She spoke of His unfailing love and power to make the impossible, possible. She thanked Him for the miracle of provision in Joseph’s life and for healing in her own life. She thanked Him for His goodness and kindness. She challenged us all to have faith, to trust God and not waver in our confidence in Him. She thanked God that He had brought our family into Joseph’s life and that, no matter how bad things seemed, that God had always had His hand on Joseph. As she spoke, God reminded me of the verse that I had read that morning,

O Lord, You are my God;
I will exalt You, I will praise and give thanks to Your name;
For You have done miraculous things,
Plans formed long, long ago, [fulfilled] with perfect faithfulness.

I realised as Mabel spoke that, although my outrage and sadness were understandable, Joseph, Mabel, Gary and I were part of a far bigger story than any of us realised. God was, and still is, doing miraculous things. Joseph’s life is a miracle. The way his life connected with ours is a miracle. As we chatted with Joseph and Mabel over lunch, later that day, I saw more and more clearly that God’s plan for Joseph’s good was indeed being fulfilled with perfect faithfulness. As we bid each other a teary good-bye, I had a strong sense that this would not be the last time I would see Joseph. I wondered whether there was anyway he could visit us in Australia? Would he even want to? There would be so many obstacles that would need to be overcome to make that happen. One thing this visit had shown me, however, was that God’s ability to move was not constrained by my logic or my ability to understand His ways or His purpose. My doubts may limit me but they would never limit Him. 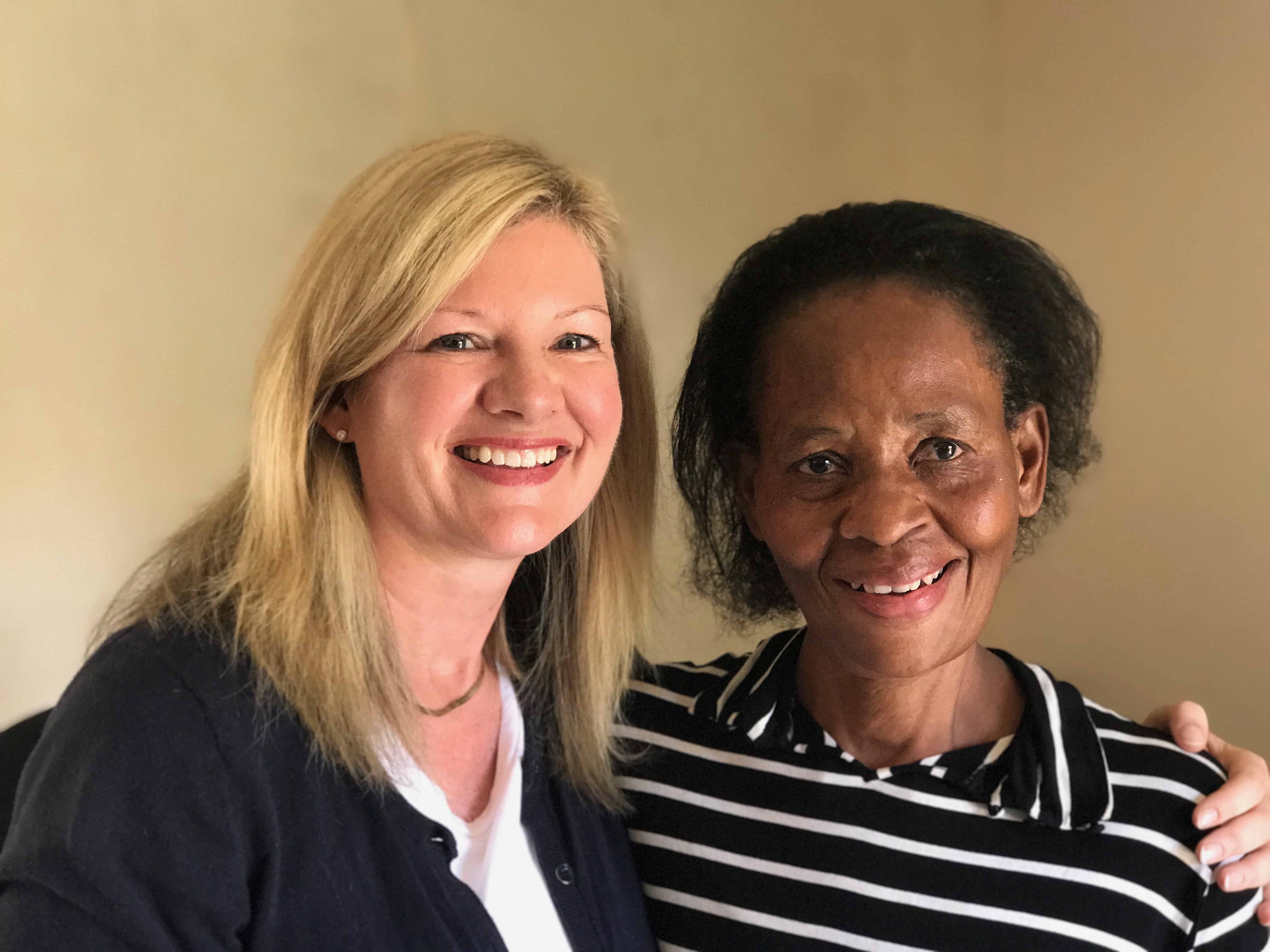 Later, as Gary and I chatted about the day, he shared with me about his final conversation with Joseph.  Gary told me that, as they said good-bye to each other, Joseph leaned in a little closer and answered the question that neither of us had even asked out loud, ‘Yes, I would like to come to Australia’. I could not help but smile. I still don’t know how it will happen or when it will happen but there is no doubt in my mind that if God’s plan for Joseph’s healing involves a trip to Australia then he will get here.

For more information on the work of COME Uganda click here