Next PostTied with a Bow – Laura’s Story

For Such A Time As This – Caitlin’s Story

It was 9 pm and I was standing in the bathroom, waiting. I hadn’t felt good when I woke up that morning but after a full day it was only now that I had the chance to confirm my suspicions. The two-minute timer beeped loudly and there they were, two solid lines staring back at me.

I dropped the test stick to the floor as my heart sunk and tears poured down my face. ‘How could I have been so careless?’ Earlier that year I taken the bold step to leave behind a secure and moderately satisfying job so I could establish a better example for my son and pursue my real passion – teaching. My marriage had ended and so my son Noah and I moved back in with my parents. I truly believed that God was calling me into this new opportunity but things did not go as smoothly as I had hoped.

I began slipping into a dark place of anger and resentment about the choice I had made. A bratty thought pattern emerged, ‘OK God, I trusted you, where is this future and hope you promised?’ It was hard to accept that the reward on the other side of the leap of faith was not instantaneous. I shared my frustrations with a friend who jokingly encouraged me to not worry but instead, to get out of town and let loose. Of course, the only piece of the conversation that stuck with me was to let loose and I did just that. In fact, loose is an understatement; I don’t know who I thought I was! I straight up partied too hard and a few weeks later found myself with a positive pregnancy test stick in my hand.

I was sitting, broken and sobbing in my bathroom when I heard God gently whisper these words, ‘Adoption. This is not your baby’.

What? The words hit me like a freight train. This was not my baby.

Yes, I had made the stupid decision. Yes, I would have to bear my scarlet letter for a short time, but why not place the baby with a family who wants one? I didn’t want a baby; I wasn’t in any position to be a single mom to two children. I was jobless, living with my parents and going through a divorce. The only road I could see ahead was a very desolate one. But I did know something about adoption. I was adopted and I have always been grateful to my birth mother for giving me the opportunity to be raised by a mother and father who loved me. I knew that I wanted this baby to experience the same thing.

I shared the news with a few close friends and the baby’s father. He was not supportive of my decision and dropped out of the picture soon after. I was most nervous about telling my parents and waited till after my mom’s birthday to drop the bombshell. I knew they were disappointed but their unconditional love and encouragement was incredible. 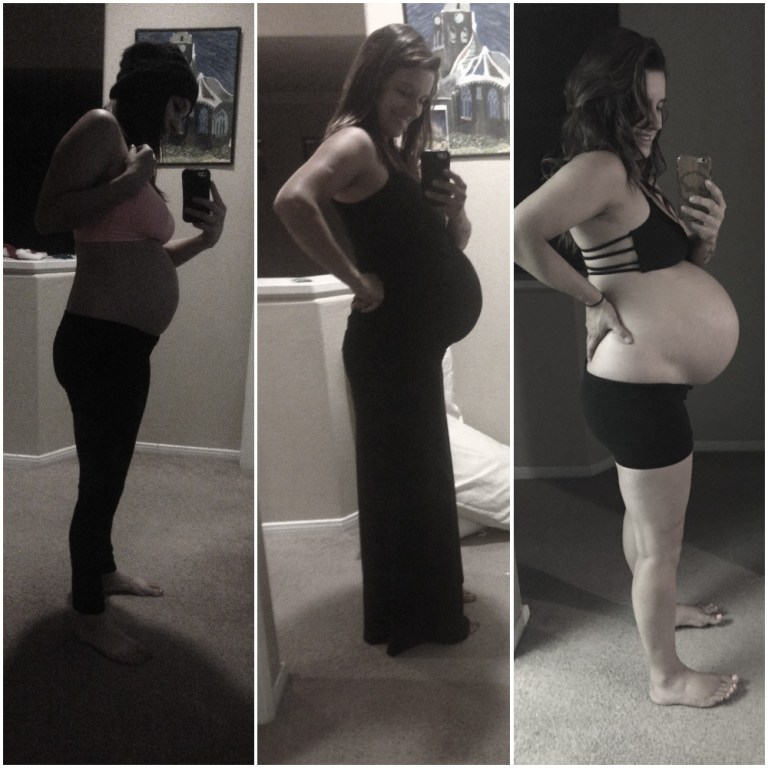 I then began to task of finding an adoption agency and the adoptive family that I knew God had planned for my baby. When I spoke with International Christian Adoption (ICA) I immediately felt reassured and confident that they were the right choice. In early December three family photo books were placed in front of me. It was time to choose the parents! I was stoked and relieved that the real journey to being a birth mom had begun! Unemotionally, I flipped through the first album but kept looking at a turquoise one still sitting on the table. It was when I took it in my hands that I knew I had found the right family.

When I started reading Jonathan’s description of his wife, Kristen, I was overcome with emotion. The tears flooded. I couldn’t talk. I couldn’t turn the page. My brain was racing. I knew straight away, ‘she is the mom, she’s the grown up version of me’.

There couldn’t be anyone more perfect for this baby. Not only did we look alike but I could tell that we shared the same heart and soul.  Everything they did as a family was the same thing that Noah and I did together. Out of courtesy I looked through the third book but I already knew that my baby belonged to the Whitmore Family.

I was so nervous the first time I talked to them on the phone but as soon as I heard their voices I felt reassured. We met for the first time over lunch with our ICA workers. By this time I had started working as an Instructional Aide at my son’s elementary school and begun an undergraduate degree program at Grand Canyon University to become an elementary school teacher.

The instant connection I had made with Jonathan and Kristen over lunch established a foundation like no other. Kristen and I texted regularly with doctor and belly updates and on February 4th 2016 we met at Unique Ultrasound for the scan that would tell us whether I was having a boy or a girl. When we found out the baby was a boy Jonathan and Kristen chose the name, Lincoln Joel Whitmore. I was thrilled to be able to share this news with Noah’s second grade class who up until then had been calling the baby Anakin after their favourite Star Wars character.

Over the next few months ICA finalised the paperwork and I prepared my delivery plan. My due date was set for June 12. The next time Kristen and Jonathan and I would meet, it would be to welcome Lincoln into the world.

Lincoln Joel Whitmore was born on Tuesday, 14 June 2016. He was perfect! Kristen was there for his delivery and within five minutes of his birth she was able to hold him and have skin-to-skin contact. Jonathan then joined her and for the next hour we all soaked up the sweetness of this sacred celebration of life.

Jonathan, Kristen and baby Lincoln were given a separate room across the hall from mine and as we parted we agreed to stay in contact as family visited over the next 24 hours. My mom set up a bed beside mine and I began to slowly process all that I had just experienced. A few hours later I had the privilege of meeting some of Kristen’s family and I was reminded of what a beautiful family Lincoln would be a part of.

These wonderful people had been praying for this baby and would now surround him with love for the rest of his life.

The following day I went to visit Lincoln. I craved to see him, to look at him and touch him, all of the natural responses a woman has after delivering a baby. I am so grateful that my relationship with Jonathan and Kristen was open enough to allow me this gift. As I met even more of Lincoln’s new family members, including grandparents and aunties I was blown away by what a loving and generous family Lincoln would now be part of.

By the second night in the hospital I was feeling stronger physically but just before midnight, my emotions unleashed. They came with such force that I felt broken to the core. Weeping, I turned on some worship music and began writing in my journal.

The waves of emotion that rose up inside me were at least nine months worth! Not that regret or resentment played a role, but a sweet and painful breaking of my heart that meant tears fell for hours. As I wept I reminded myself that God was allowing my heart to feel and heal for the night and that joy would come in the morning.

To heal there must be pain.

I had finally come full circle in this process. I didn’t hold back because I couldn’t. I allowed myself the vulnerability and freedom to just feel. I have to admit I wanted it to be over. I wanted my family and I wanted Noah. I needed to be surrounded by love. Every cascading, majestic mountaintop must have a valley to accentuate its glory. I had made it up, enjoyed the beautiful peak and had now reached the lowest part of the valley to finish this chapter.

I was being shaped for sure. It takes my breath away just thinking about it.

In the midst of one of the heaviest moments of my life, I saw God our father with different eyes. My heart broke as I began to understand in a new way, how His heart must have felt when He gave the world His only son, and watched him hang on that cross. It’s impossible to be adequately prepared for the grief that is involved in placing your child in the arms of another, no matter how sure you are about the decision.

But God changed me that night. He softened my heart and strengthened my mind. He comforted me and saturated me in His presence. Sobbing, I began to praise God that He had orchestrated such a powerful experience. Every detail of the last nine months, from finding Jonathan and Kristen, to my new job, school, the nurses and labor and delivery experience; there wasn’t one moment I would change. God was real. He was showing me He was. Through the second wave of tears, I continued to pray, praise and thank Him.

I know, without a doubt, Lincoln is exactly where he should be. God knew, before the beginning of time, his parents were Jonathan and Kristen Whitmore. He knew I was to be the vessel, and that this precious little boy was the key to a life-changing story that is still being written. 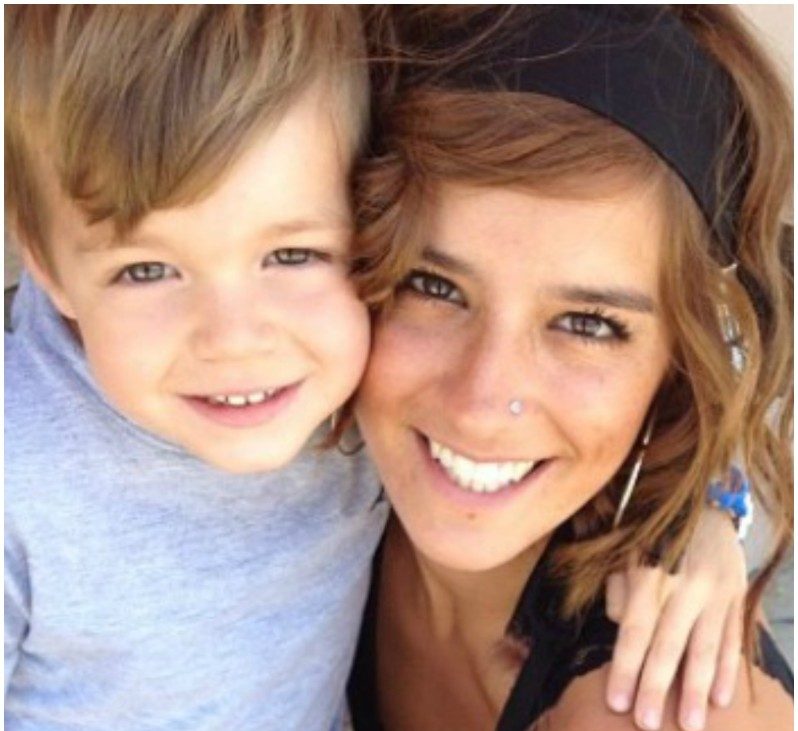