It is difficult to put it all into one page, but I was born in Taiwan and then adopted by an Australian family at six weeks of age. There are many unanswered questions surrounding my birth family but growing up I knew nothing but unconditional love and acceptance from the wonderful woman and man that I call mum and dad. We lived in Adelaide, Australia and from as early as I can remember God was the focus of our family. My parents loved and served God with joy and faithfulness and I followed their example.

When I finished high school I moved interstate to attend Bible College and never imagined that my life would be anything but centred on God. After a year of study I returned home to Adelaide and tried to settle back into life. I had always been the ‘good girl’, a sensible, rule follower, not a ‘party animal’. Over the course of the following few weeks I decided to ‘spread my wings’ and challenge a few boundaries. What began as a seemingly innocent adventure into the party scene quickly descended into over five years of heavy drugs, alcohol, and partying and extreme behaviour. I reconnected with a boyfriend from high school and we began a relationship that was messy, fun, and volatile but went from bad to worse.

I was at war within myself.

The seeds of Gods love and truth that had been planted in my life as a child were at odds with the life I was living. My amazing parents continued to pray for me. They didn’t speak judgement or condemnation but continued to be available to me whenever I landed on their doorstep. Their prayers and love never wavered. My boyfriend Matt asked me to marry him and despite serious misgivings I said yes.

Within weeks of being married I sensed God drawing me back to church. I quietly put the word out amongst some of my Christian friends from the ‘old days’ that I was interested in coming to church. Shortly after, I attended a service with a friend who had now become a pastor. Four weeks later I recommitted my life to God. Matt was not happy about this decision. He felt like I had deceived him but within a few months time, he too had made the decision to commit his life to Christ. Over the next five years we were discipled, loved and restored into wholeness by our church family. Matt and I became involved in various ministries and just loved serving in the church. I also became passionate about and volunteered within the community in the area of social justice. We were by now also the proud parents of four gorgeous children, all born within five years!

Our life was full and flourishing but we both sensed that God was calling us into overseas missions. In December 2012 we applied to work in Cambodia with an international anti-sex trafficking organisation. By March 2013 our family of six had relocated to Phnom Penh, Cambodia. The last three years have been some of the most challenging and rewarding years of my life. God has demonstrated his faithfulness over and over again.

Even as we have been faced with acts of unspeakable evil and depravity we have seen God’s light shine with an intensity that defies the darkness.

In early 2016 Matt and I sensed a change coming. We believed that although God was asking us to remain in Cambodia it was time for our roles to change. Matt will soon begin working with a different NGO and I have made the decision to not focus on working outside the home for a season but to focus on managing family life and complete my Masters Degree. It’s been an interesting time for me as I have wrestled with what I believe God is calling me to do, versus some longstanding personal challenges around identity, acceptance and value. As a full time missionary it was easier to feel like I was clearly walking in God’s plan. Friends and strangers alike would often reinforce this by commenting on how much they admired my faith, obedience and courage in fulfilling my role with the NGO. I know that God has led us to make this next transition but I have questioned whether anyone else will value my obedience in ‘staying at home’ as much as when obedience means ‘going out’? 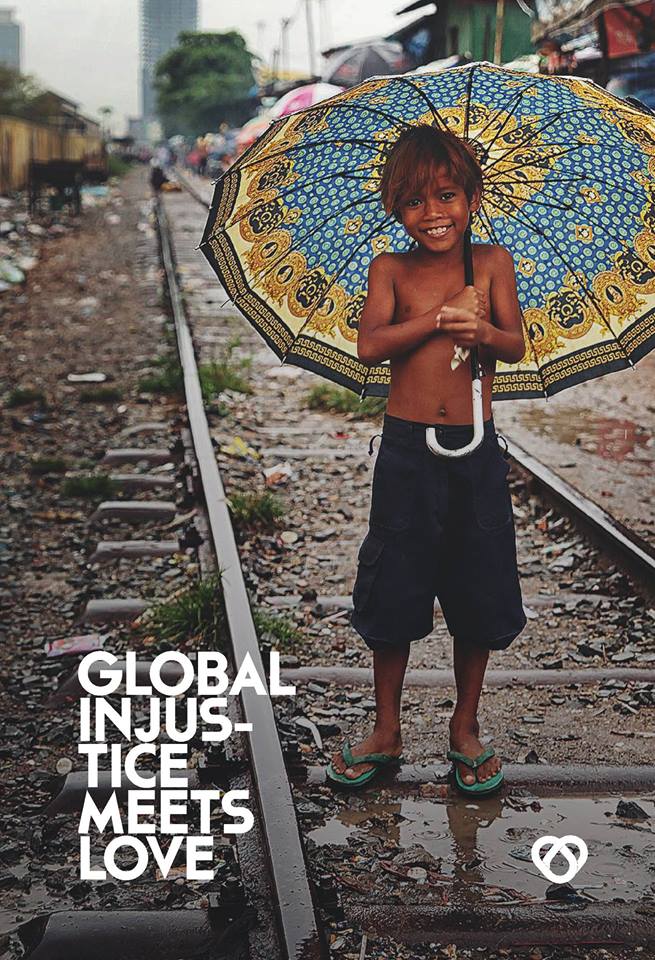 As I have pondered and prayed about this change God has gently led me to confront some fundamental issues about faith and submission. I have been reminded that what may seem obviously spiritual or spectacular to others, is not impressive in God’s economy. He is looking at the posture of my heart not the job title, organisation or country on my business card. The season that is ahead of us still requires faith and faithfulness, obedience and submission.

What I know for sure is that wherever God leads is where I want to go.

To learn more about Kimbra and Matts work in Cambodia you can connect with them here: